This is the new version of the old Crux base from Ash which was introduced to you on CoCland couples of months ago. This version with the second Air Sweeper and plenty of new improvements, which has been tested by a large number of testers for weeks, bring to all your resources the flawless protection! 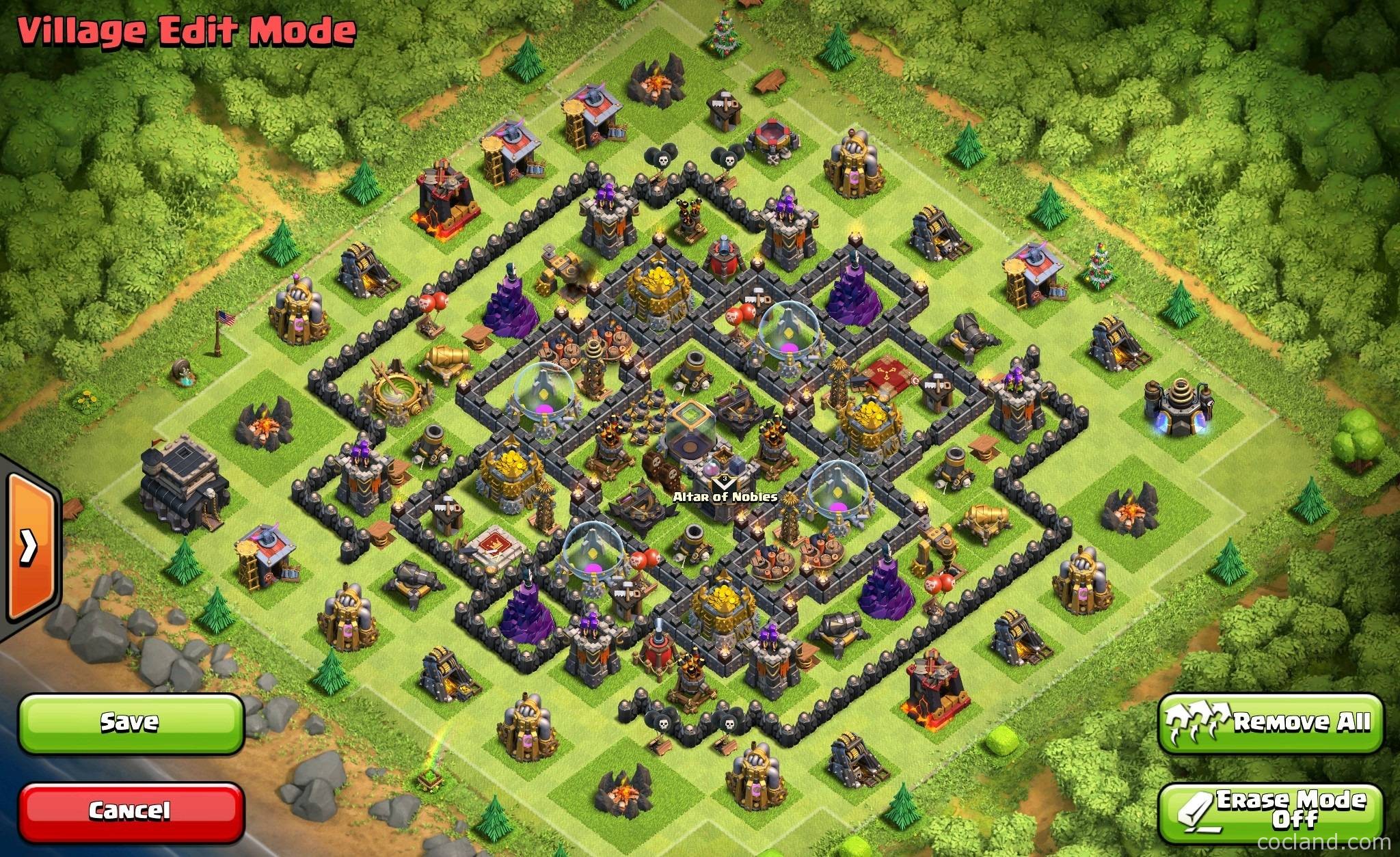 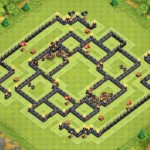 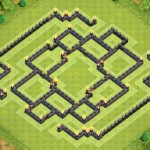 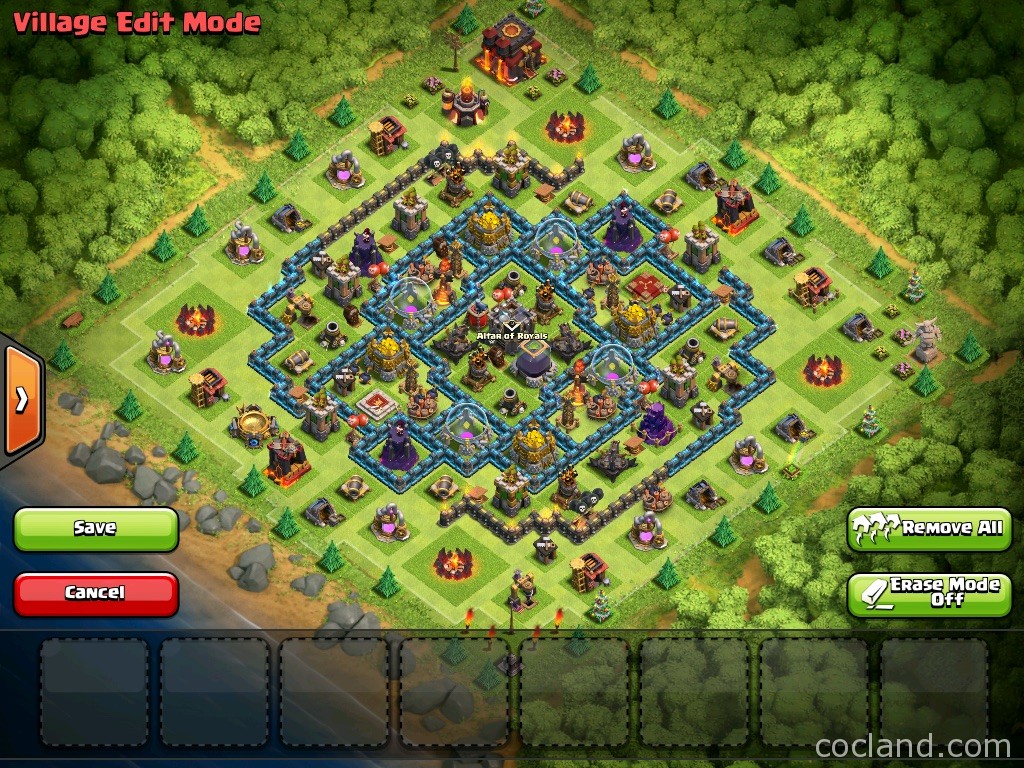 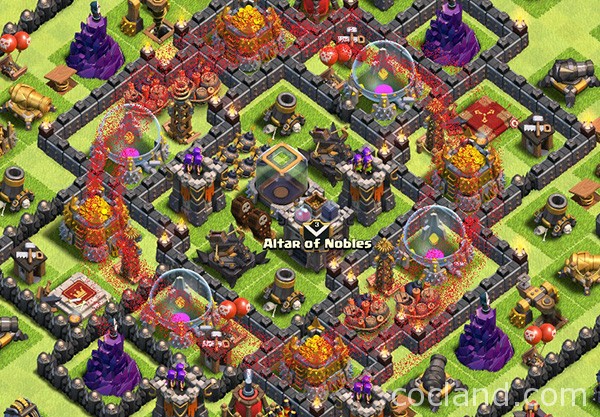 The core of the Crus is surrounded by all high HP storages, which work as the big wall for point defensive buildings inside. Skeleton traps are placed deep inside and cannot be activated If the enemy troops don’t break inside the core.

Giants are pretty cheap and very effective for farming. All decent farming layouts need to have this anti-giant feature. 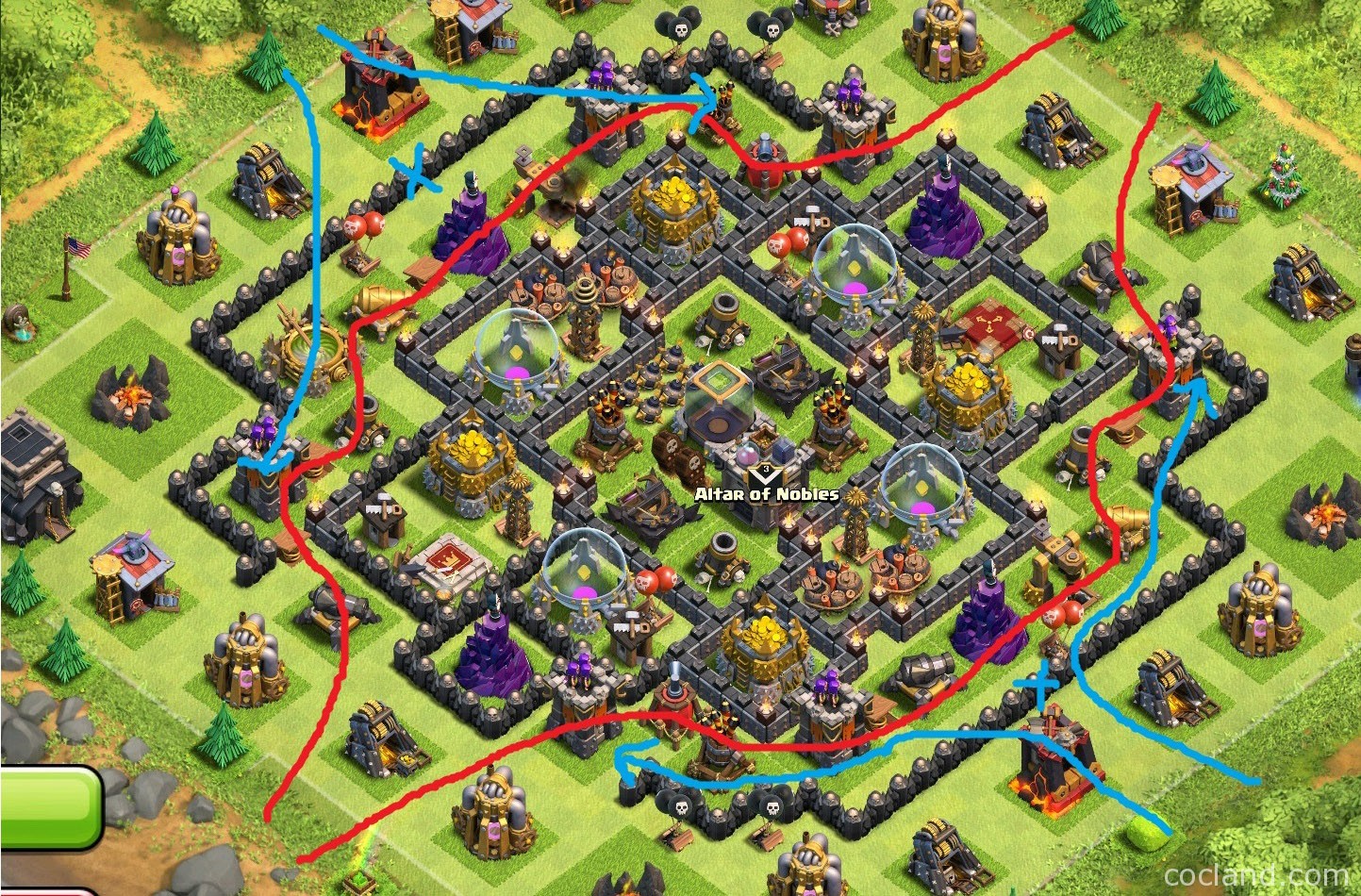 Blue and red lines in the screenshot above show you the directions of funneled Giants. They will go around the base and will be either flown off by Spring Traps or hit till death by defenses nearby. Well-placed Spring Traps can catch up to couples of Hog Riders and Giants at a time when they are traveling around the base.

Although this base is not the best layout to stop mass Hog Rider attacks but it can make them hip jump around the base easily which is similar to anti-Giant feature above but also redirect them to the Teslas inside, which are protected by Double Giant Bombs. Bang! Say good bye to Hog Riders! 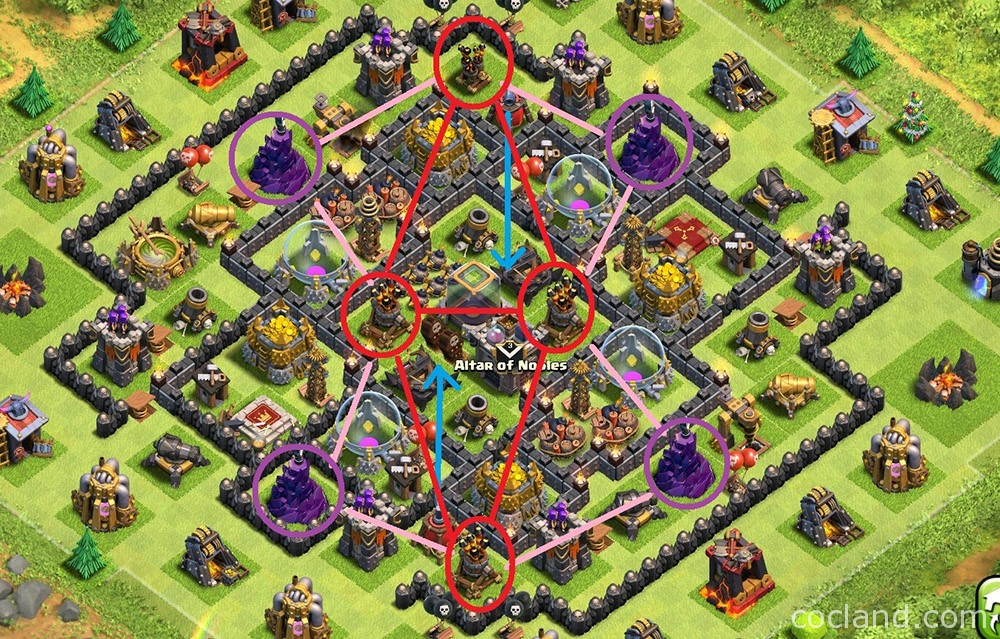 As you can see in the screenshot above: 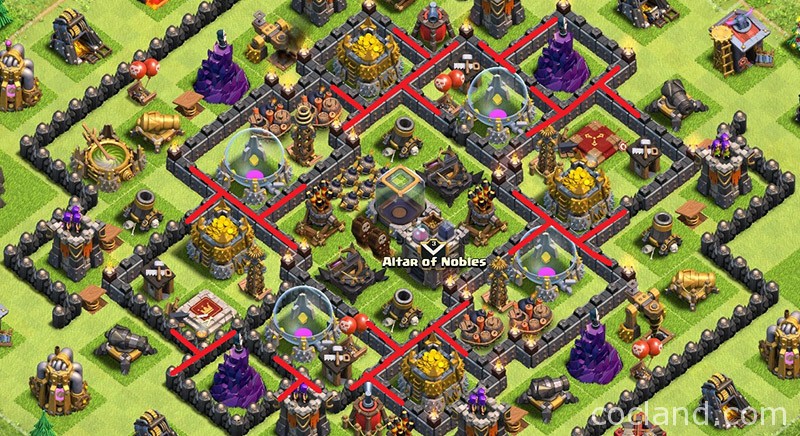 I always love bases which have this awesome feature. T-Junctions of this base can trick all Wall Breakers when the attackers are trying break inside the core. Moreover, these Junctions are always protected by Wizard Towers and Teslas.

Here are couples of replays of this bases against some decent attacks so you can see how it works clearly:

If you are facing Barch, Heroes and ground attacks more than air attacks, you can try to use this version 2.0 for Town Hall 9.

Don’t know what do you think about this base layout but I love it. Gonna use it for the trip to Master I from Gold of my TH9 village!