Discindo is a new farming base layout for Town Hall 7 players. This base was designed by DerQuincy, a base creator with special love with with labyrinth style.

Not like most other TH7 bases, this one focuses on protecting just 1 resource with more compact, prevents the attacker from taking even just 1 Storage. With this outstanding feature, you can protect your :elixir: at early and your :gold: at late Town Hall 7. 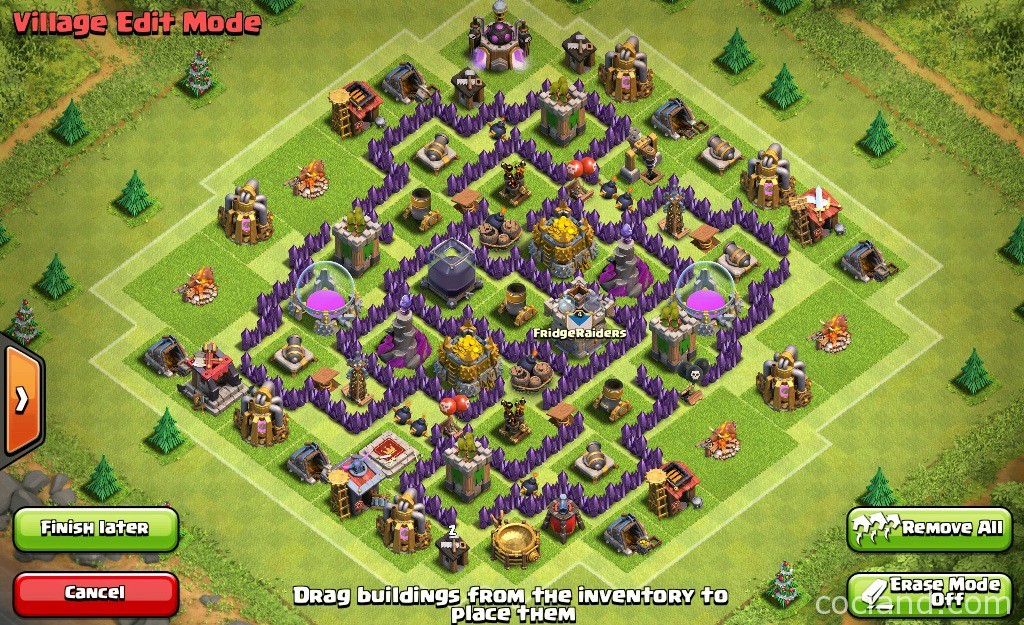 How does this base work?

At the first time we see Discindo, we all think that It is very easy to destroy this base because it is pretty open… Actually, this base is really a terrible challenge for the AI troops. I am going to analyze some typical farming strategies to see how well this base works against them. 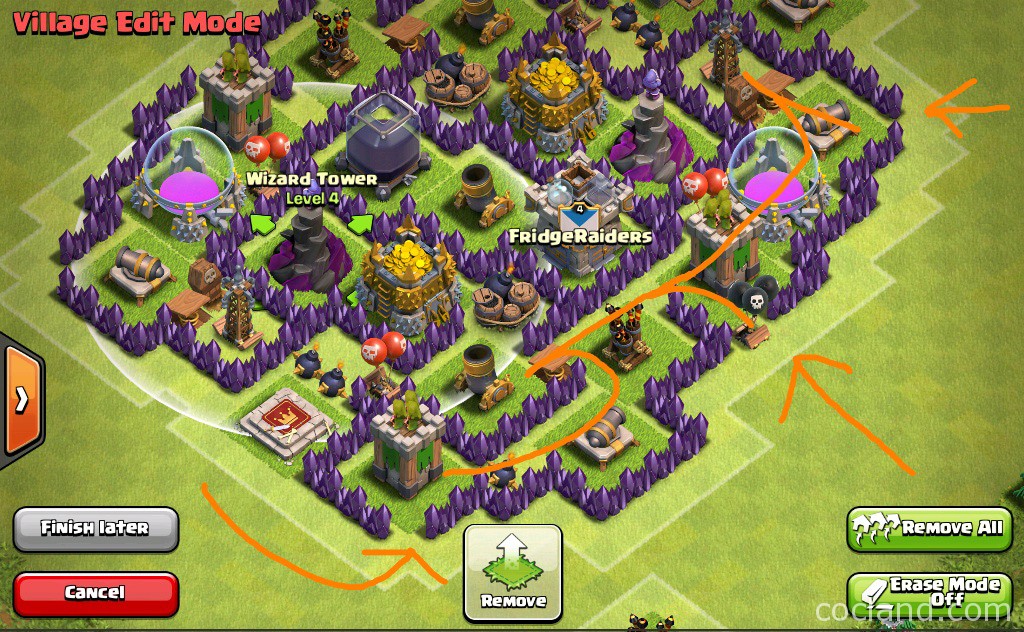 Giants are nightmares with most Town Hall 7 bases, but not this one. This base can split Giants away from normal troops like Barbarians, Archers, Minions,… and out of the range of the Wizard Towers – the main target of all GiBarch attacks. No matter where Giants come from, they will never target the Wizard Towers. Your WT will be free to work with normal troops and take them down easily. Spring traps are always ready to make Giants fly before they go inside.

After that, the attackers will have 2 things to do with their remaining troops: Keep attacking until they get that storage or deploy their troops on the other side and hope they can get both Storages. 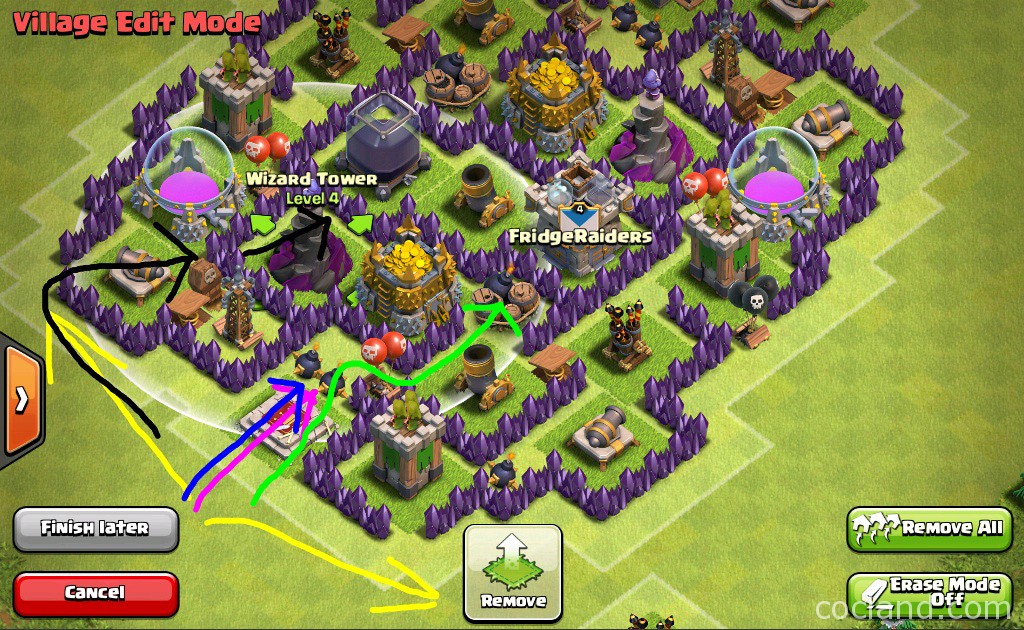 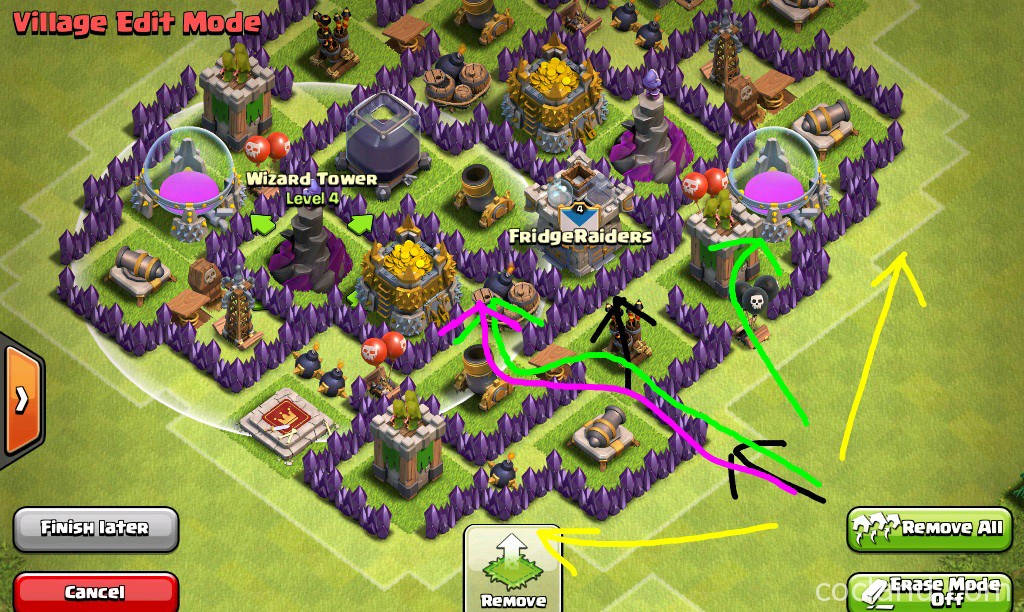 This base has 1 Mortar in the middle and rarely can be targeted. If the attackers start attacking from this site, it will be the same as the first scenario above.

Here are couples of logs of this base with various attack strategies.

IMO, these defense logs can say everything about this base. It is perfect! As you can see, It’s really hard to get more than 2 Storages from this base even with TH8 powerful army compositions. Only TH9 players with high level Heroes or use Mass Dragons can get 3 stars from this base but don’t worry because TH7 villages rarely get attacked by TH9 players. With this base layout, you can go to TH8 easily without troubles.