Heart of a Champion: TH10 War Base Anti-Golem/LavaLoon | Clash of Clans Land

Heart of a Champion is the newest war/trophy base for Town Hall 10 two most awesome features are Anti-Golem and Anti-LavaLoon. This base was created by Ash and has been being tested by him for weeks. This is a perfect base layout for Town Hall 10. Although his defenses were very weak, he was rarely attacked with 3 stars.

This base works perfectly against every LavaLoon and Golems attacks with perfect Air Sweeper placement and funnel. Giants, Hog Riders, Golems can’t go to the core of the base even with Jump Spell.

This TH10 war and trophy base will a perfect assistant on the road to Champion League with you! 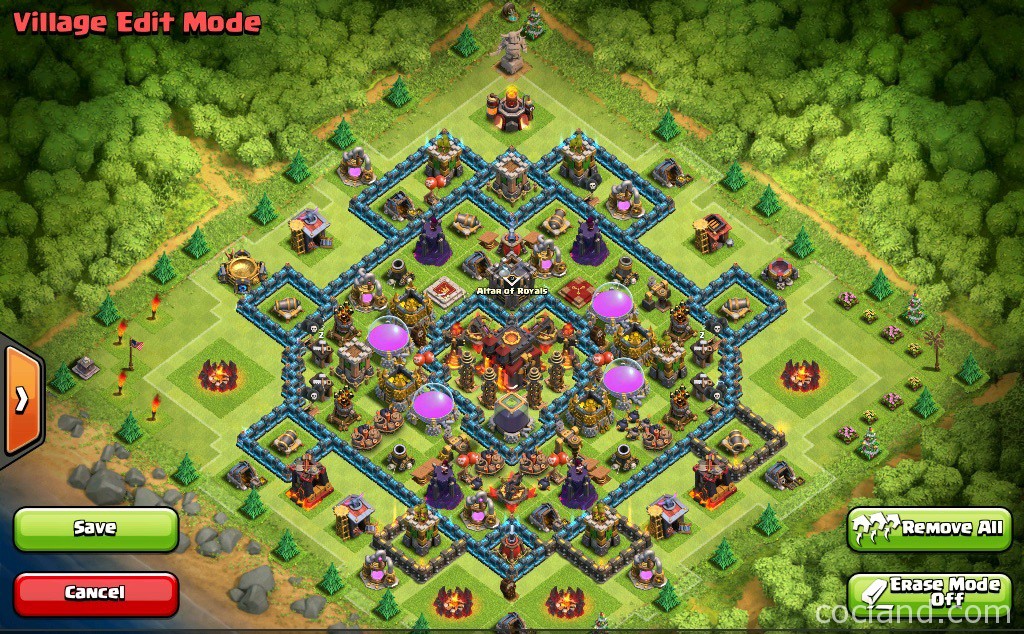 How this Town Hall 10 War Base Works

This base works perfectly against all Golems, Hog Riders or Giants combos. It has a impeccable funnel for those troops which love defensive structures. With excellent defense placements, those troops will go around the base and never come inside even with a Jump Spell because there are plenty of storages and resource mines between 2 layers of defense. The screenshot below will show you how it works: 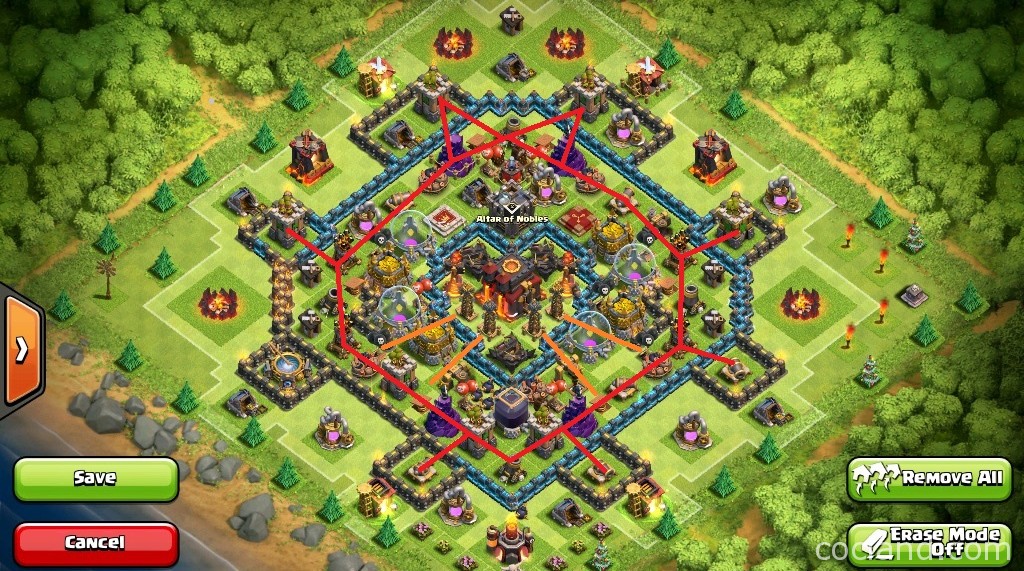 Red lines are the possible places where the attacker starts the battle.
Orange lines are the range of the Hidden Teslas. As you can see, your Teslas can still hit those troops while they are running around your core without being attacked.

Using Jump Spell is useless with this base because the distance between 2 defensive rings is very far for Golems or Hogs can see the Hidden Teslas and Inferno Towers inside. The only way to break the funnel is attacking from two sides with powerful troops. Attackers rarely want to attack this way because it is a camp space sacrifice. 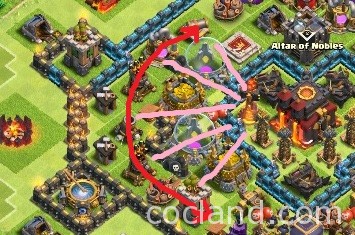 It will be very difficult for LavaLoon to break this base because it is created to utilize the Air Sweeper. Like Anti-Golems feature, the attackers can’t get their Balloons inside because of the funnel. With two Multi-Target Inferno Towers, you can remove those Balloons quickly. 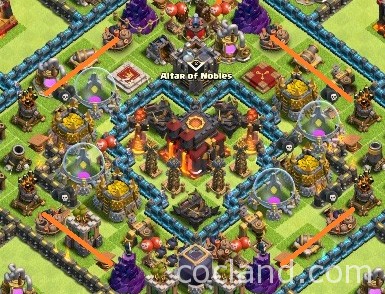 The Air Sweeper can protect the whole core of your base. You are thinking that the attacker can attack from the top, right? Don’t worry, they can do nothing because this base can stop all attacks from top and bottom: 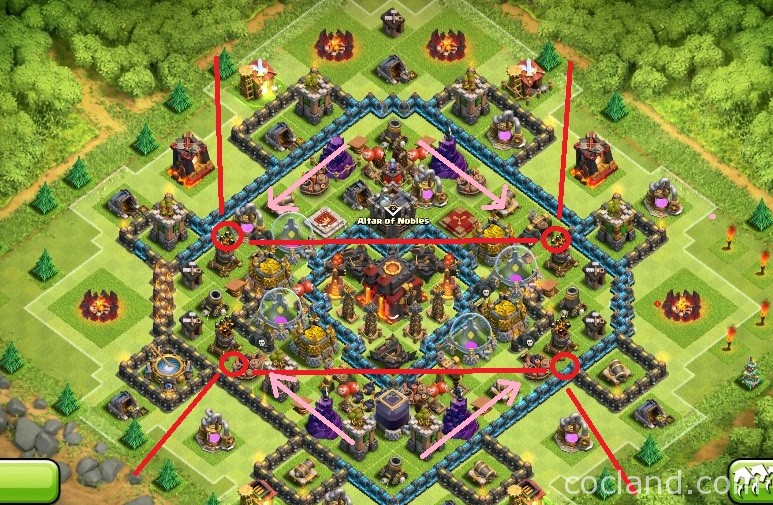 It is very hard to attack from top or bottom of this base because the Air Defenses are all at left and right side. Your ADs will shot every single troop If the attackers want to go from there.

Highly Fortified Core: Powerful core gives your Town Hall the maximum protection. 3 X-Bows, 2 Inferno Towers and 3 Teslas, what more do you want ?
Anti-Wall Breakers: This base has plenty of compartments and big compartments as the second layer, it will be hard to break in with Wall Breakers.
Unlureable Clan Castle: Your troops can’t be lured by normal troops except Lava Hound or Golem.

I think this single screenshot can say everything about this base: 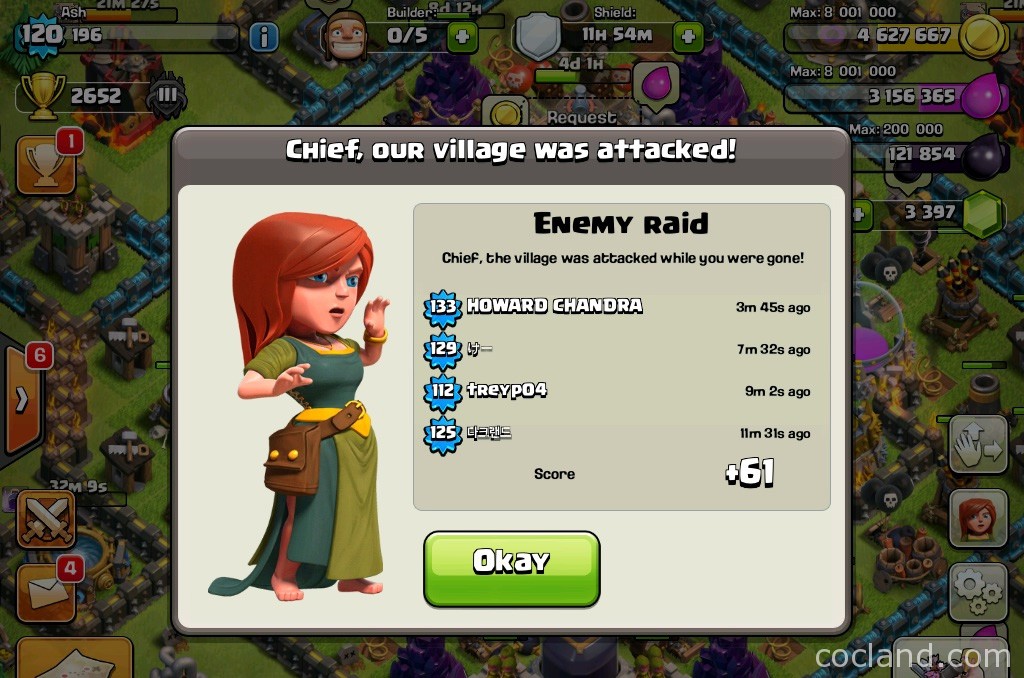 I will use this TH10 war base from now, that’s all I can say!