Hello guys today I am going to introduce to you a brand-new Town Hall 9 Anti-3 Star Base Layout. I tested this layout in 2 Clan Wars and the results were very impressive (I will show you the defense logs at the end of this page). Okay, without any further detail, let’s take a look at the main post! 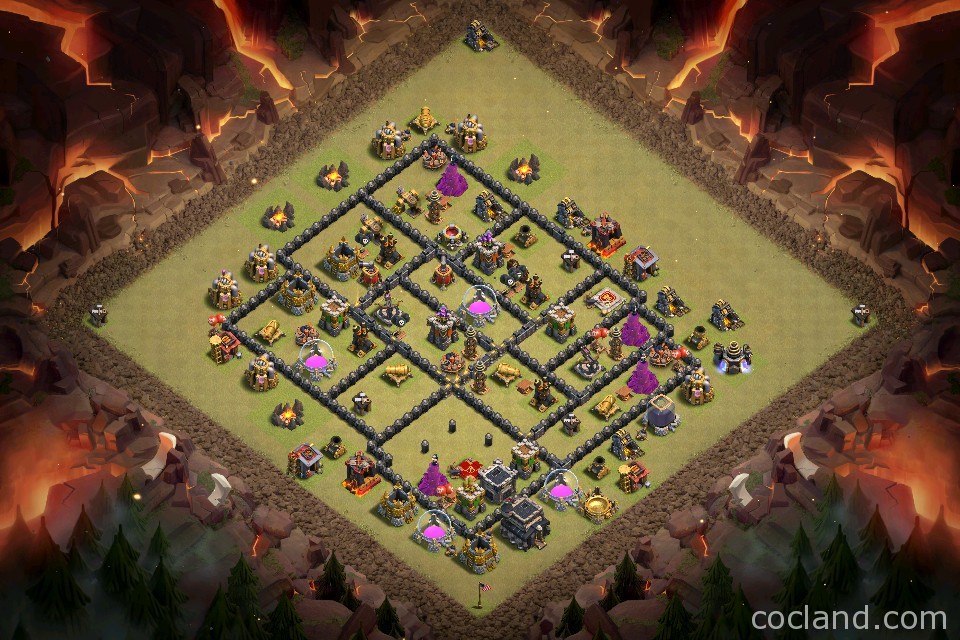 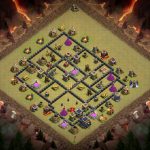 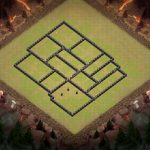 Hill of Himring Base for Town Hall 9

Created and shared by Jag00.

The Clan Castle is used to protect Queen’s Island, the arena which usually is approached by attackers at the beginning of the raid. I strongly recommend using the combination of Goblins, Minions, Valkyries and Baby Dragon to defend while using this layout. This combo can ruins loads of attacks coming from the South. This will force the attacker to use lots of cautions and spells to get inside and sustain heavy losses at the very beginning!

The dead space behind the Archer Queen in the adjacent compartments is deadly! Being paired with dense normal buildings nearby makes it extremely difficult for the attackers to funnel troops into the core, from the bottom. Because there is literally nothing to target,  troops will be redirected towards outside. This is also very helpful at separating Golems, Giants from Bowlers and Heroes). Troops walking around the base = failed raid!

This base has so many compartments, up to 12! These compartments ensure slow progress and high damage throughout the base. Attackers have to spend either lots of time or Spells to break into the core. Even If the attack makes it to the cleanup stage, wasting time on breaking walls still makes it very hard to achieve the last star!

In this base layout, 10 of the 12 compartments contain well spread point defenses. This effectively creates layers of defense which leave troops such as Valkyries exposed to heavy point defense most of the time. They can also easily cripple Surgical Hog Riders. In addition, only 6 point defensive buildings can be taken down by Queen Walk, this lessens her value and puts her under a huge pressure from inner defensive buildings.

A Giant Bomb is located here and coupled with 2 Hidden Teslas to form the unexpected DPS. It’s hard for the Kill Squad to trigger the Dead Zone as stated above. Unless the Hog Riders are pre-Healed, they will get killed immediately. Healing Spells are needed If attackers want to let his Valkyries get into this arena.

This is another major feature of this base. Wizard Tower + Giant Bomb is a basic but very effective combination. If the Kill Squad triggers this compartment, the attacker will usually have to drop down a Healing Spell there. This makes the Healing Spell be useless outside of its own. It will be even worse If your opponent use Hogs because they will have a hard time to deal with the unexpected Central Killzone.

2 Wizard Towers, 2 Air Bombs and the Giant Bomb nearby render this compartment very nasty for any backend squads. Attackers will be forced to use the Healing Spell between the X-Bow and Wizard Towers.

Spring Traps are well placed to deal with Hog Riders, Valkyries, Giants and other ones. 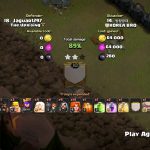 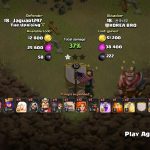 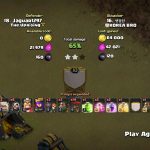 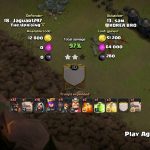 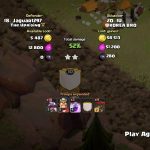 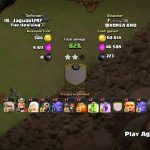 Of course this base still needs lots of more improvements! Please help the author test it and improve it, my friends :D.