This Mirage is a new farming base design for Town Hall 9 in Clash of Clans from mpoh98 with labyrinth style. Works well for preventing Giant Combos and Barch.

There is also a great base have labyrinth style named Tantalus, you should also check it as well.

Here are some main features of Mirage:

How Mirage farming base works:

This base has plenty of funnels to redirect the troops to your traps. It also divide troops into 2 parts: One way for defensive attacking troops and other way for other troops.If Giants, Hogs or Balloons attack your Air Defenses, they will go to the tesla and be out of the Wizard Towers’ range. At this time, non defensive-troops will be attacking your storages without those meat shields, and they will be cleared quickly. 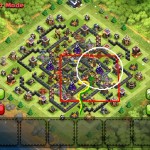 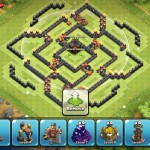 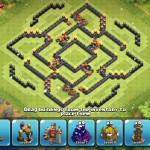 And here are some defense logs for this base: 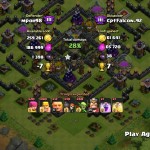 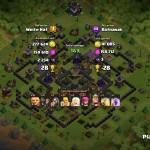 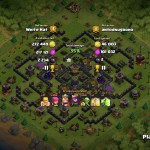 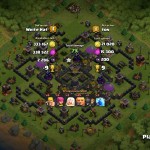 Good luck, have fun and don’t forget to say thanks to mpoh98!