Southern Star - Farming Base for Town Hall 7 | Clash of Clans

Southern Star is a new loot protection base layout for Town Hall 7. This base looks like a star from the Australian flag, that’s why LachlanS, the author of this base, names it Southern Star. Let’s take a look and I will tell know how this base works in detail! 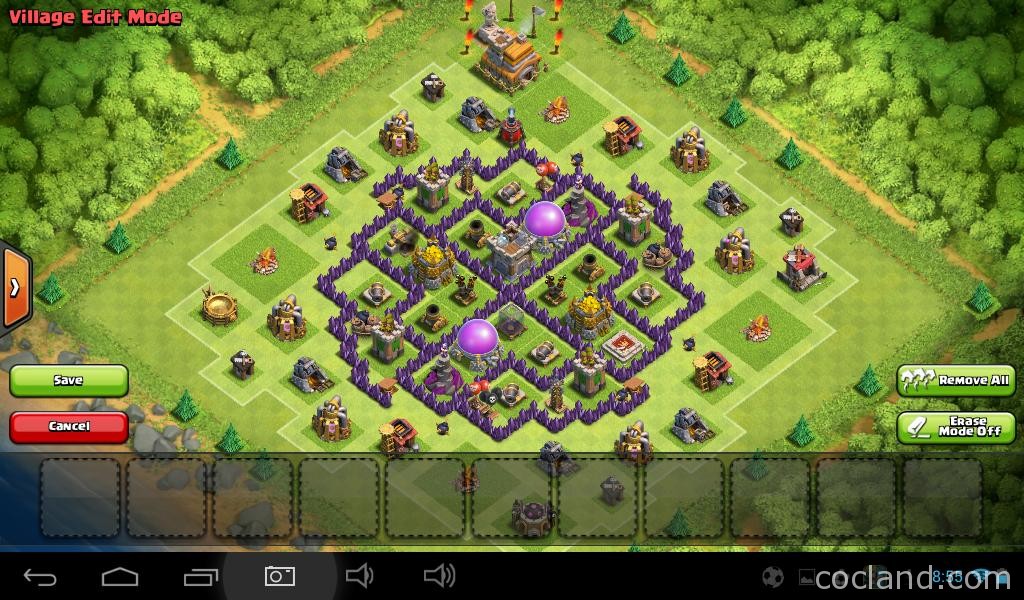 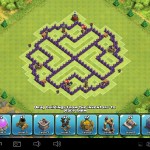 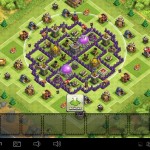 How this Town Hall 7 Farming Base works

The Mechanic is the soul of a base, which is made by defensive buildings, traps, walls, compartments,… It is the way every base works. Each base has its own mechanic, and the soul of this base contains 2 parts: Funneling and Split-core.

I am going to give you an example to see how the funneling of this base works in detail: Giants, Archers, Barbarian, Healers,… All of them will be taken down easily by your traps. 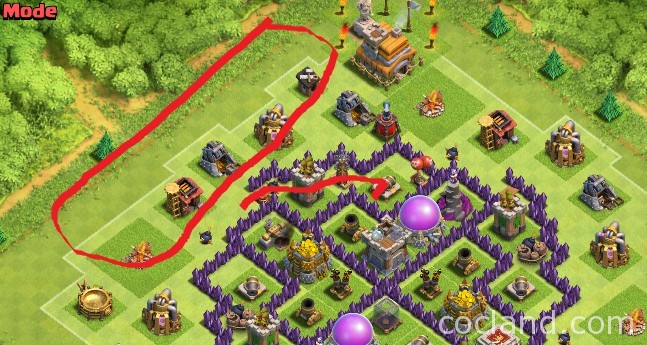 No matter where the attacks deploy their Giants, they will always be redirected to 4 funnels in the base. There is a Spring Traps on each funnel which can make those Giants fly every time. Even when the Giants pass over the trap, they will still be fired by your key defenses.

There are 4 main Barch funnelings in this base 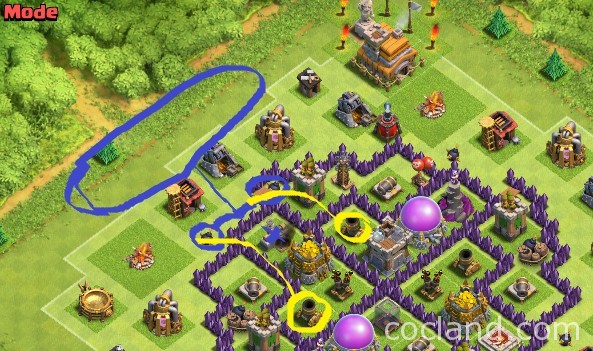 If the attacker places his Barbarians and Archers like above, they will target the Barracks and Gold Mine then move out for attacking the Elixir Collector and Army Camp, after that, they will move inside the base and attack the Dark Elixir Drill and your small Bomb will do its job, take half of the Barch HP. Your Mortars will hit them immediately once they hit its ring. This Barch wave will be taken down easily after losing half of HP. If the next Barch wave hit the Archer Tower, don’t worry, your Tesla and Mortar will have a job to do. 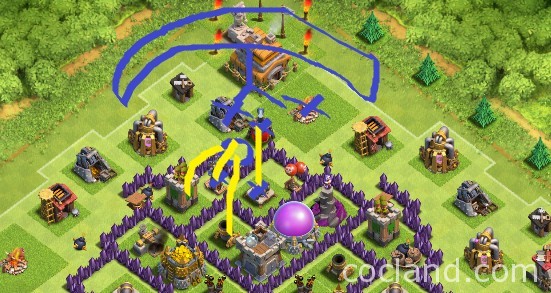 Barch deployed on top of the TH will take it out then move onto the Mine and Army Camp then the sweeper. After the sweeper is destroyed the Barch moves onto the Tesla/Cannon. To be in range of either the Archers need to stand in that small spot where I have circled. This is what i like to call a Cluster Point. The Archers stand in a group firing upon the defense while the barbarians are hitting the walls in the same area. You can but a Giant Bomb in this area which would successfully wipe out all the troops but I decided not to as the nearest mortar is in range, dealing a deathly blow, also all the point defenses such as the tesla, cannon and archer tower are within range. 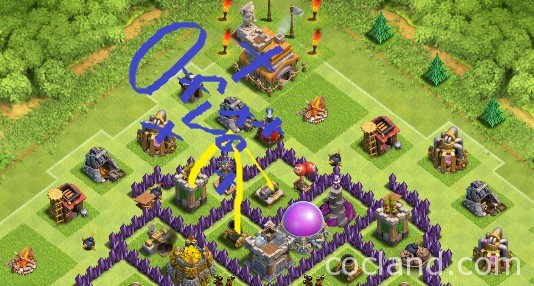 Barch deployed in front of the builders hut which will be taken out followed by the TH, Mine, Lix Collector and the Sweeper and maybe the Camp. After those building are taken out the Tesla is targeted. The Barbs hit the wall in front of the Tesla, suffering heavy fire from the point defenses and Mortar absorbing fire for the archers to destroy the Tesla, after the destruction of the Tesla the archers move onto the cannon entering the Cluster Point where the same happens as I said above for the Barch Funneling 2 example. 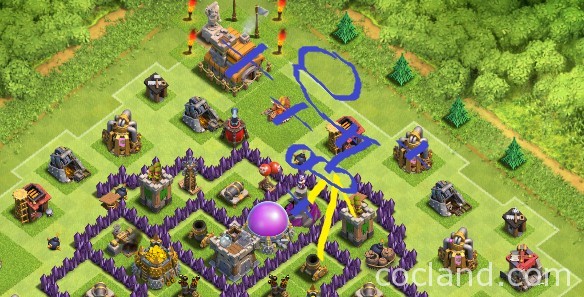 Healers will be redirected to the AD easily 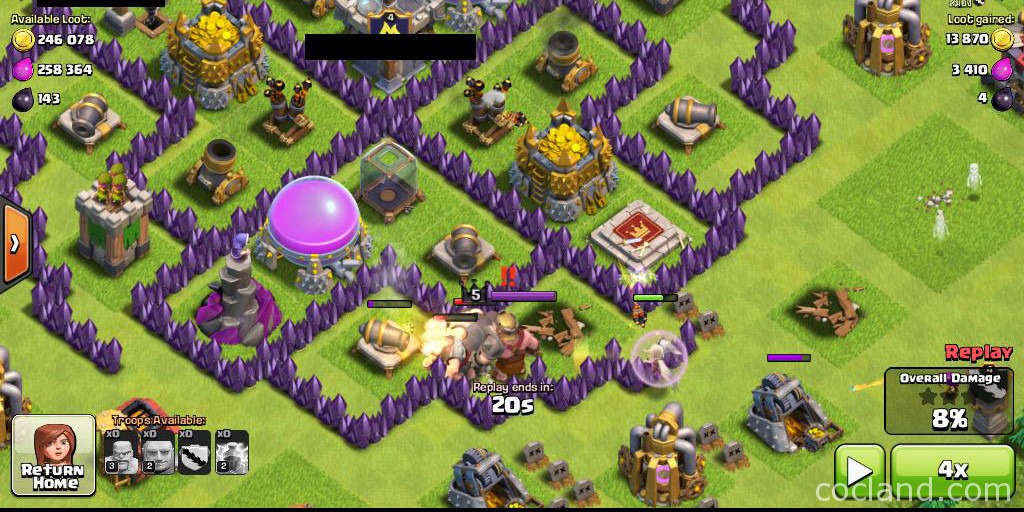 Basically giants get stuck inside the bottom funnel taking the Healer with them. As you can see the combination of the point defenses firing on the giants and the BK jumping them (lol) the giants are quickly losing health – this is where the healer gets trapped, the healer will do it’s job of healing the giants but to be within range of them it enters the range of the AD’s which quickly take out the healer destroying any hope of the giants surviving. 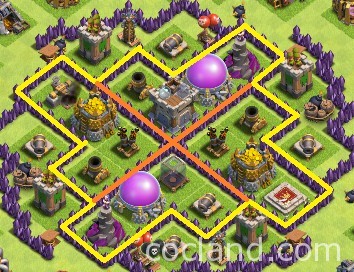 A Split-Core is a base design that has no true core in the middle, instead it has several compartments surrounding the center of the base, in this case 4 but it can have 2 or even (if your crazy) 6.
Not many people use a Split-Core base design as it is an underdeveloped method of base design that isn’t as well know as an Island, Labyrinth or Vault base designs but provides as many positives and negatives.

Why does this base use a Split-Core?
Well the three main reasons are:

I think the Split-Core system worked well within this base as it allowed:

This is the personal view I developed over watching different replays off many different kinds of th7 bases over time.

Why are Defense Logs important?

Well it provides proof of how successful the base is in doing it’s job of protection as much loot as possible. Also they show how effective the different base mechanics are and if they do the job they are meant to do. 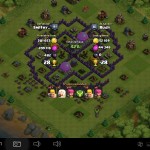 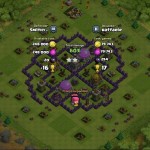 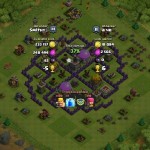 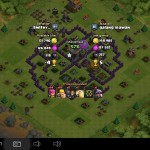 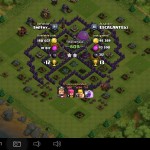 This is a perfect farming base for Town Hall 7. With it, you can protect your loot better and skyrocket the growing time of your village.