It’s such a long to see a new sublime TH9 War Base Layout huh? Today I’m going to give you a new astounding one, which is for preventing the attackers from taking the last star.

Don’t use this base If you care about the second star more than the third one! 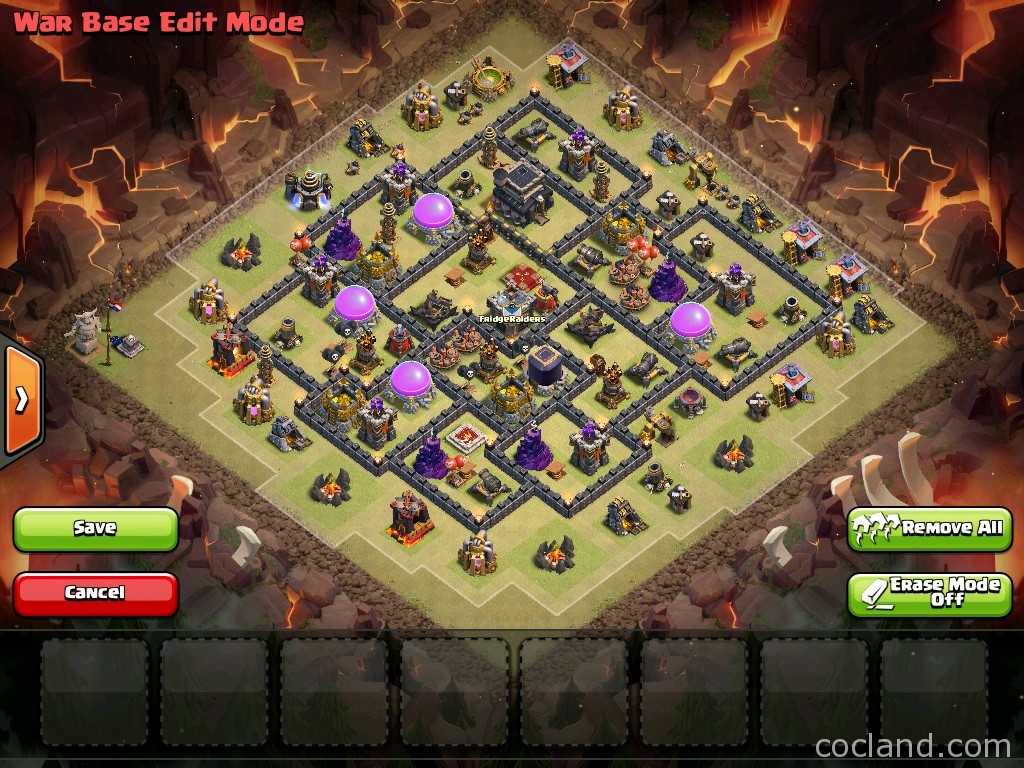 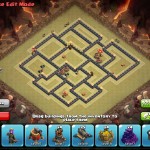 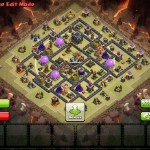 How this TH9 War Base works?

GoLaLoon is one of the most powerful army compositions at Town Hall 9, which can destroy most base layouts easily. So how well does this base work versus GoLaLoon?

As the attackers, If we want to attack with GoLaLoon, we need to care about 9 units in the enemy base: 4 Wizard Towers, 4 Air Defenses and the Archer Queen. For a decent attack, we need to take down at least 2 of those 9 units with the Kill Squad, including the Archer Queen.

As the defender, to prevent the attacker from taking 2 units at the starting, there is just one Air Defense nearby the Archer Queen.

Most smart attackers never start attacking from the Town Hall compartment when they attack this base layout because of the Archer Queen + Air Defense nearby, which can hit their troops badly. They will attack from the nearby compartment, but If they do that, they will be forced to our high HP Storages. Another small feature of this base is that the Archer Queen can’t be lured until the Golems finish the top Hidden Tesla. 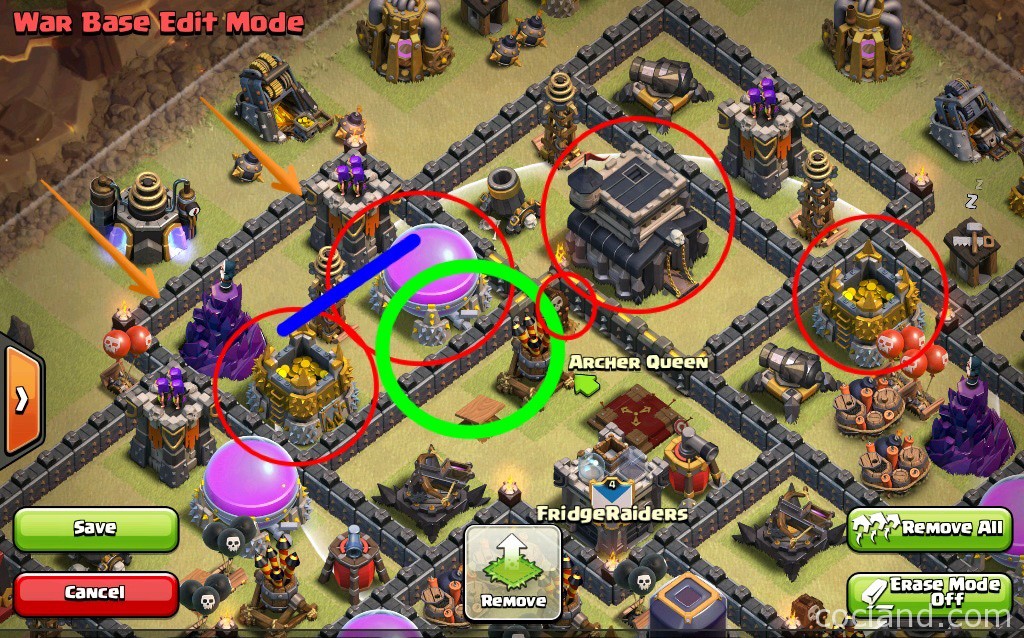 How about the South?

Some players like attacking from the South but that is even worse than from the North!

The South Air Defense is heavily fortified by 2 Storages and a prefect pathing. Let’s take a look at the screenshot above for more details! 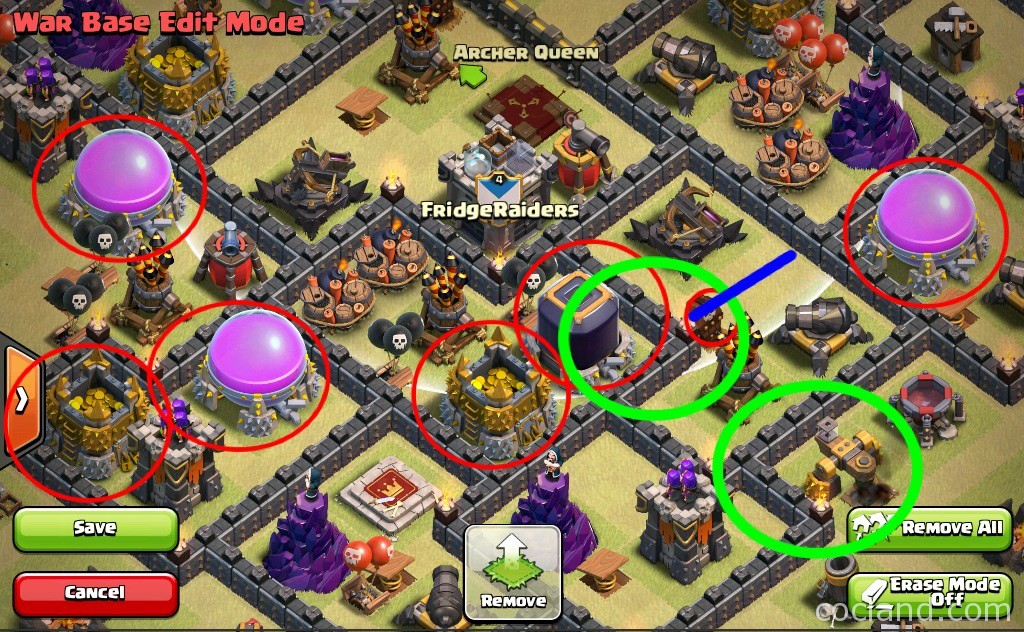 Although Attacking from the side can take down 2 key defenses but it is nearly impossible to kill the Archer Queen because she joins the attack pretty late. The Golems will be quickly disintegrated because of the high damage X-Bow there. It is pretty hard to drop the Jump Spell because the Heroes will always can move into a wrong compartment (yellow arrows below). 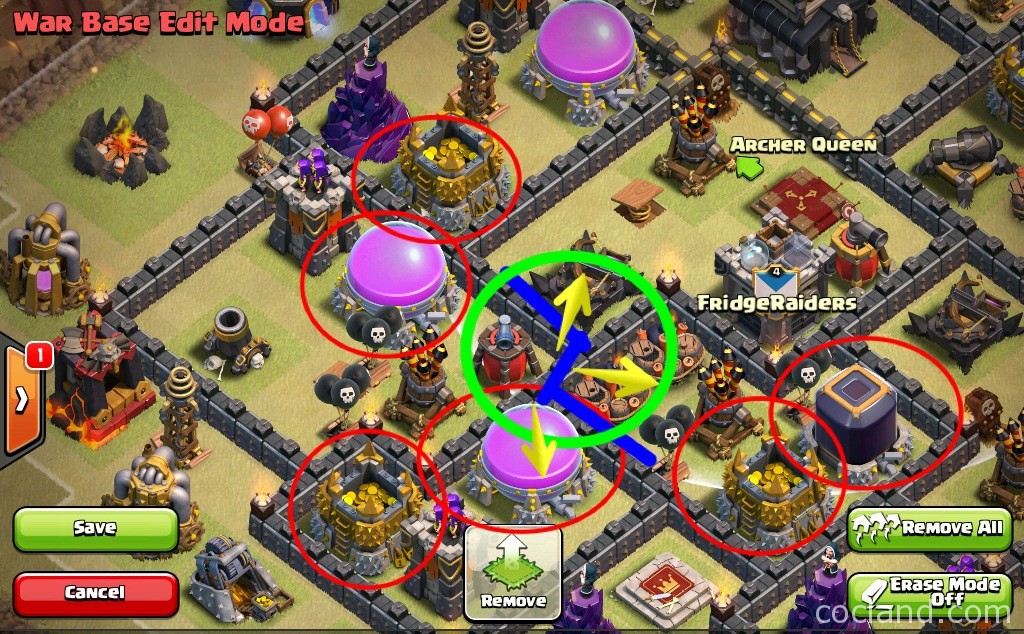 So there is just one possible way to kill the Archer Queen is attacking from the Northwest side, but it also makes the attack be more difficult to archive.

Another powerful attack strategy at Town Hall 9 is GoHogs and its variations. For example, HoGoWiWi always need to kill the Archer Queen at first with the killquad and then Hog Riders can take down the remaining defenses easily. One of the keys for stopping GoHogs attacks is using the Giant Bombs wisely. This base has plenty of Double Giant Bomb spots, I can see that all players who attack this base with Hogs are all failed at the first time. Two DGB sposts of this base work amazingly.

Let’s assume that the is already known. A Jump Spell + GoWiWi army can break inside easily and then kill the Archer Queen. After that, Hog Riders will be sent from other sides. The screenshot below shows possible Hog pathings and how well the Double Giant Bomb spots are! 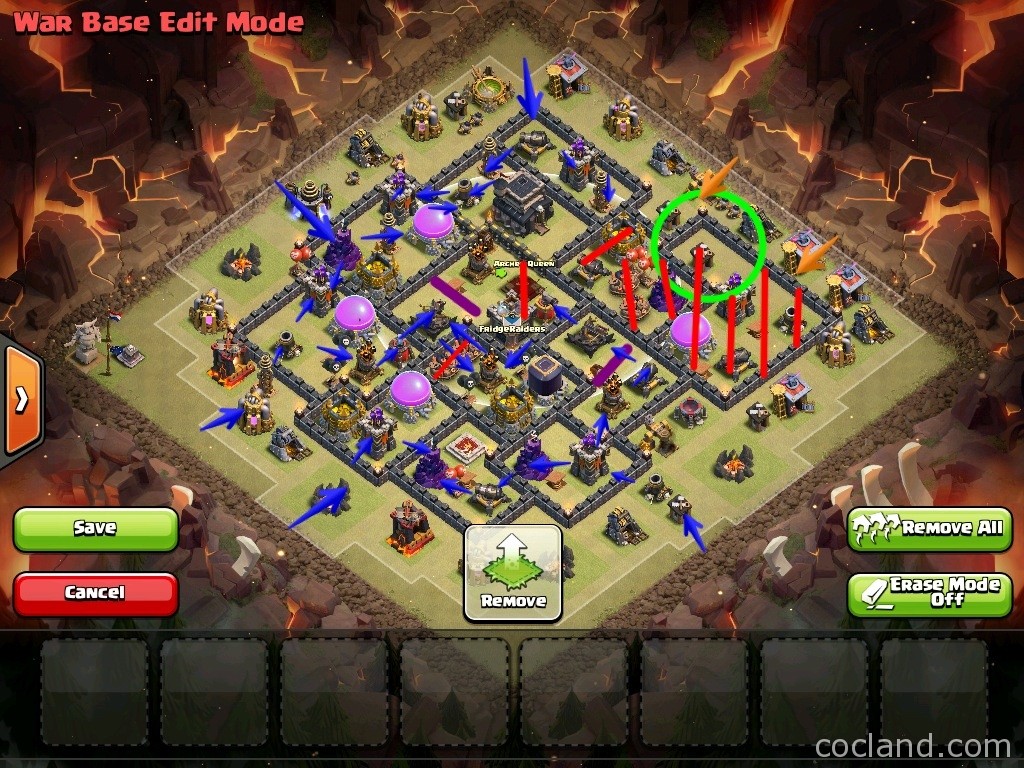 Surgical Hog Rider is the most prevalent strategy these days in Clan Wars because of its efficiency and ease.

There are 2 ways to counter the Surgical Hog Rider strategy, they are either shallowing the X-Bows or layered key defenses. This base layout is focused on the second one.

Assuming that the attacker is raiding this layout the second time, he knows where the Giant Bombs are. The screenshot below depicts the best attack he can do and how the base still can stop him again: 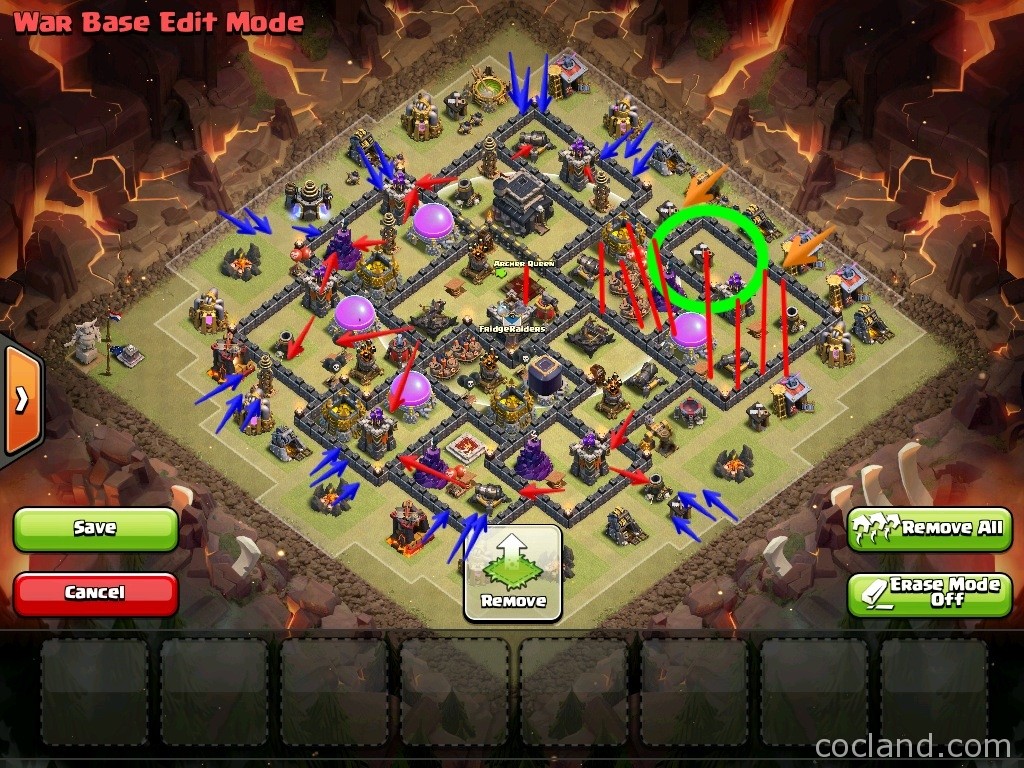 Here are couples of new defense logs from our friends: Momo, Bambang petrus, Kakashi, Uzi Mike,… Thank you very much for taking time and sharing these defense logs. I really appreciate it! 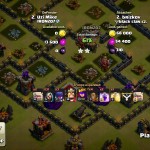 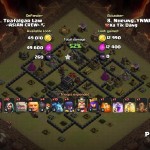 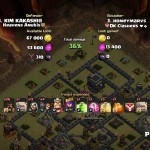 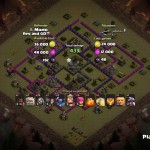 Also, here are some defense videos of this TH9 War Base. By watching it, you can easily understand how this base works.

Above are two recent defense logs from players who are using this amazing TH9 War Base. Just take a look and you can see how superb it is. Also, please do me a huge favor and share this TH9 War Base with your friend so I can improve it much better. I’d really appreciate your support!