This Cogwheel high DE protection farming base is from Eternal625 – the author of the How To Farm 3 Million Loot Per Hour guide. This base is inspired by moonsabre. It is for protecting the most valuable resource in Clash of Clans – Dark Elixir with the highest priority.

This is one of the most amazing base for protecting DE that I have ever seen. 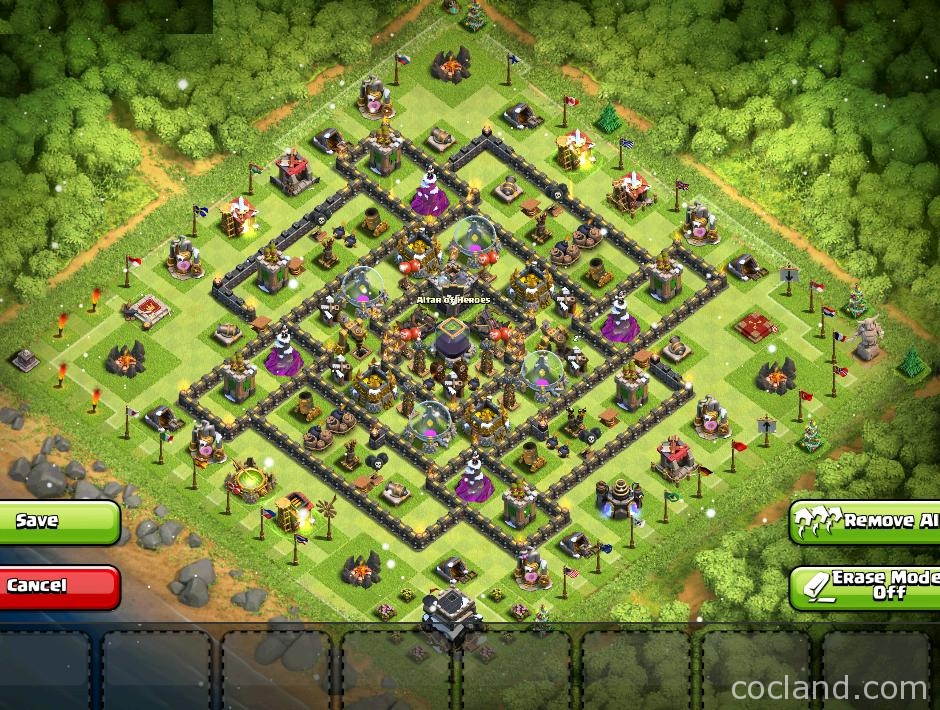 Here is the video for the building progress:

Every farming base wants a 12-hours shield without losing loot and traps. If your farming base is quiet easy to attack, the attackers will do some actions after sniping your Town Hall to find some more loot. With large frame and limited spawn-able area, The Cogwheel base does this job very well. And the Clan Castle is almost unlurable with common attacks.

As a attacker, this base will be like this through your eyes: 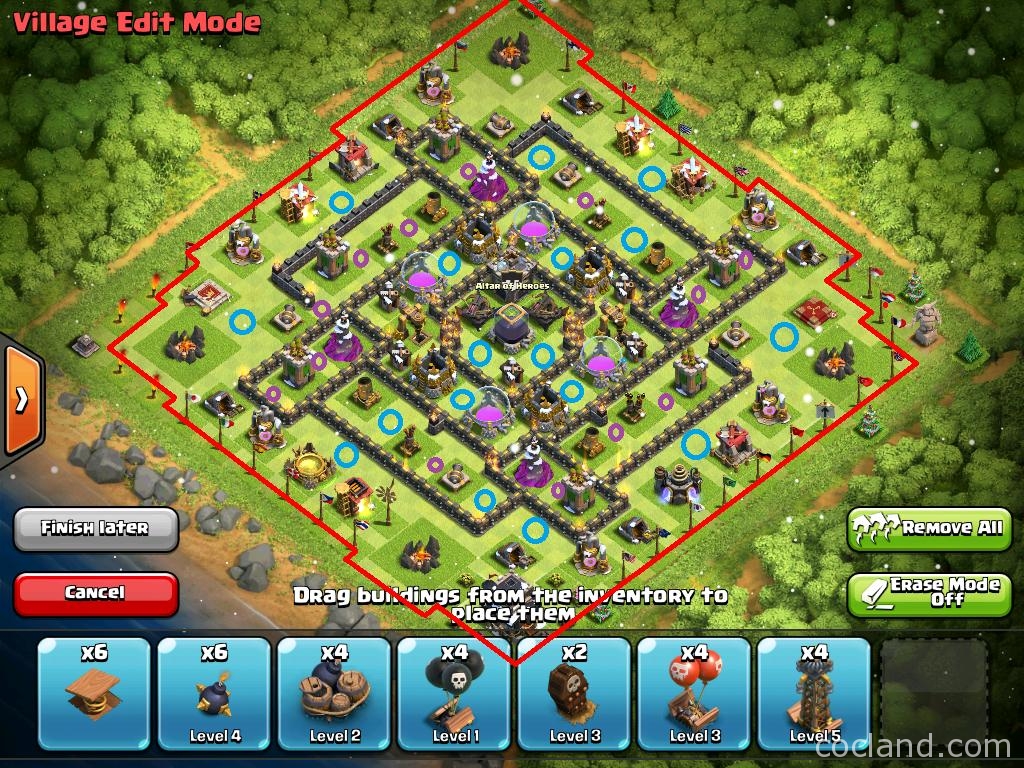 In addition, with decorations, your base will be more chaotic. You can add decorations around your Town Hall to show the attackers that they are not trapped.

This screenshot shows you how Hogs, Giants or Balloons will be attracted by your funneling and be kept away from your core: 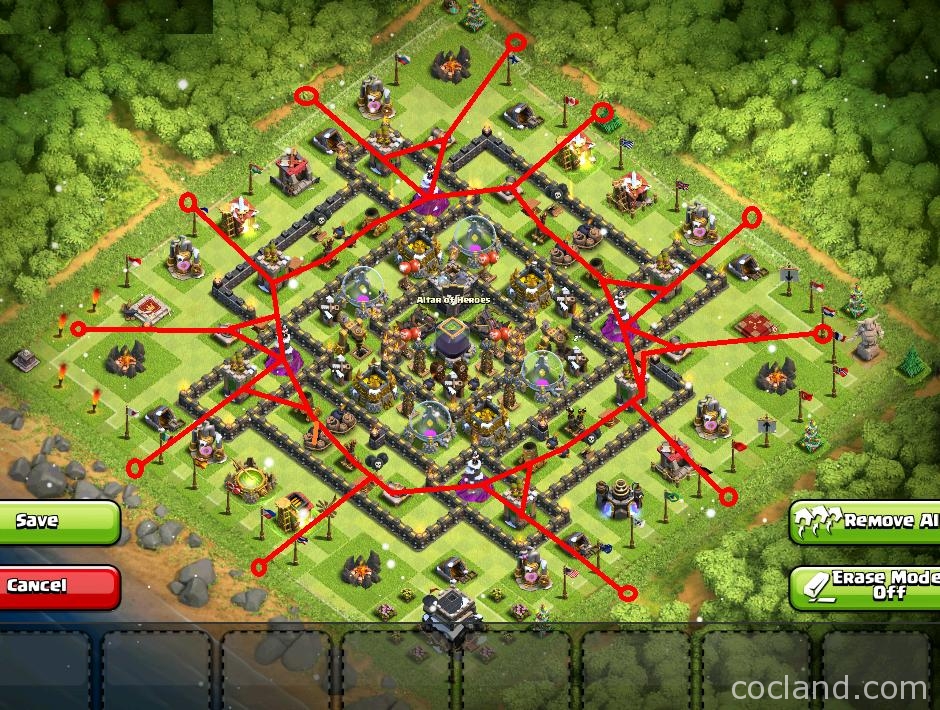 If  they can break your first layer, they will face the second layer, which has high HP structures (storages) encircling and protecting the core without walls. It is for prevent PEKKA, Heroes or Barch from going farther. While falling in love with thse high HP structures, they will be shot down by your Xbows and Teslas. 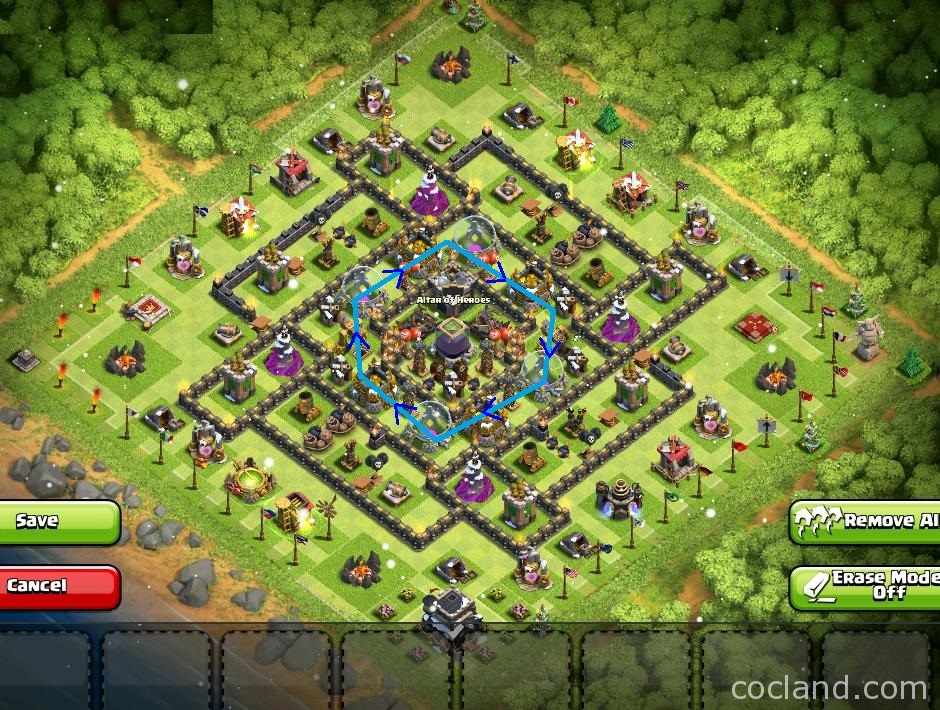 With high HP storages as the shield, Teslas can remove troops attacking your storages one-by-one. This is called Tesla and Storage combo.

The Cogwheel Base for Town Hall 8: 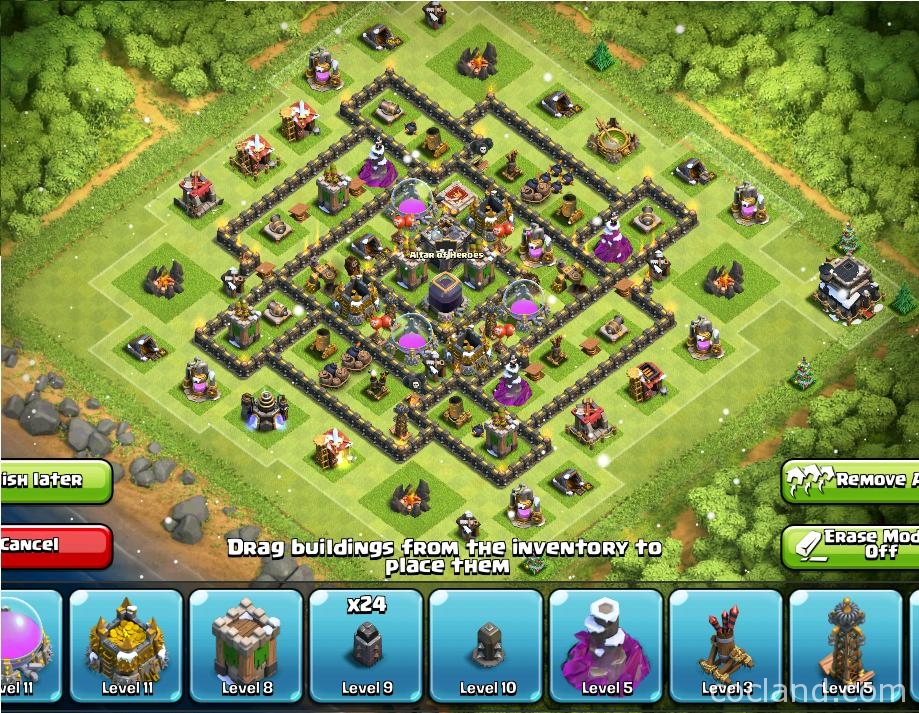 And here is the other version of the base for Town Hall 9 with stronger interior and weaker exterior: 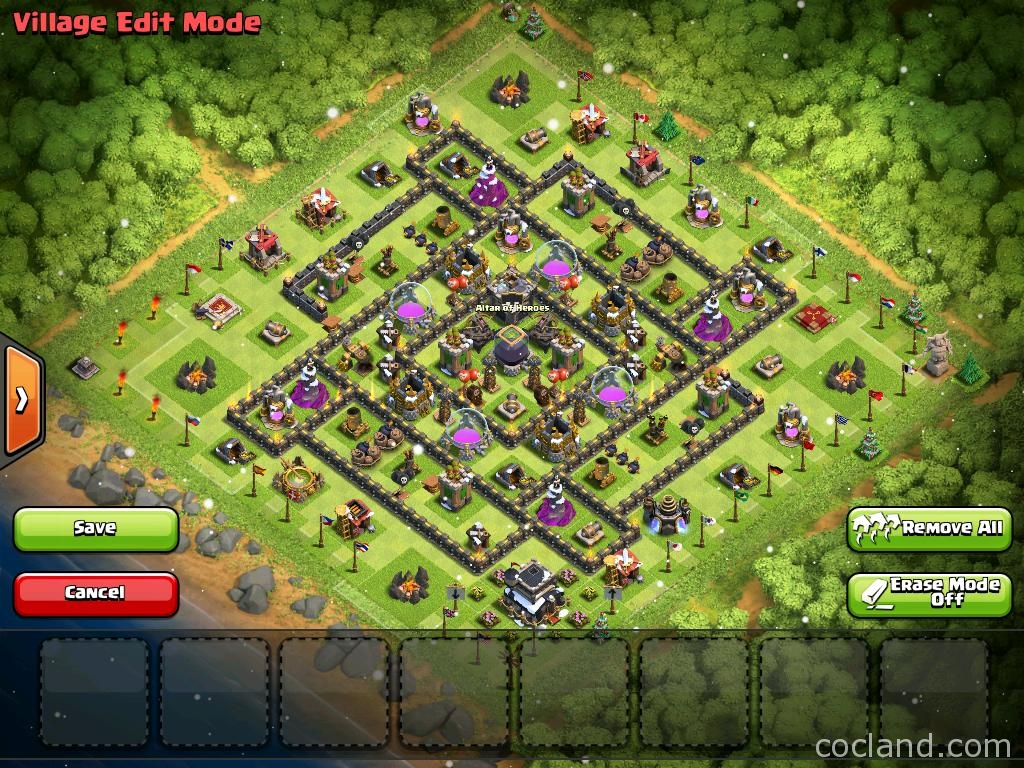 Finally, here are couples of videos as defense logs for you: