All about Trophy Pushing | Clash of Clans Land

This is a quite detailed guide about trophy pushing in Clash of Clans, which is inspired by ClashLegend02. This guide contains all important experiences, tips and notices for you on the road to be a Champion. 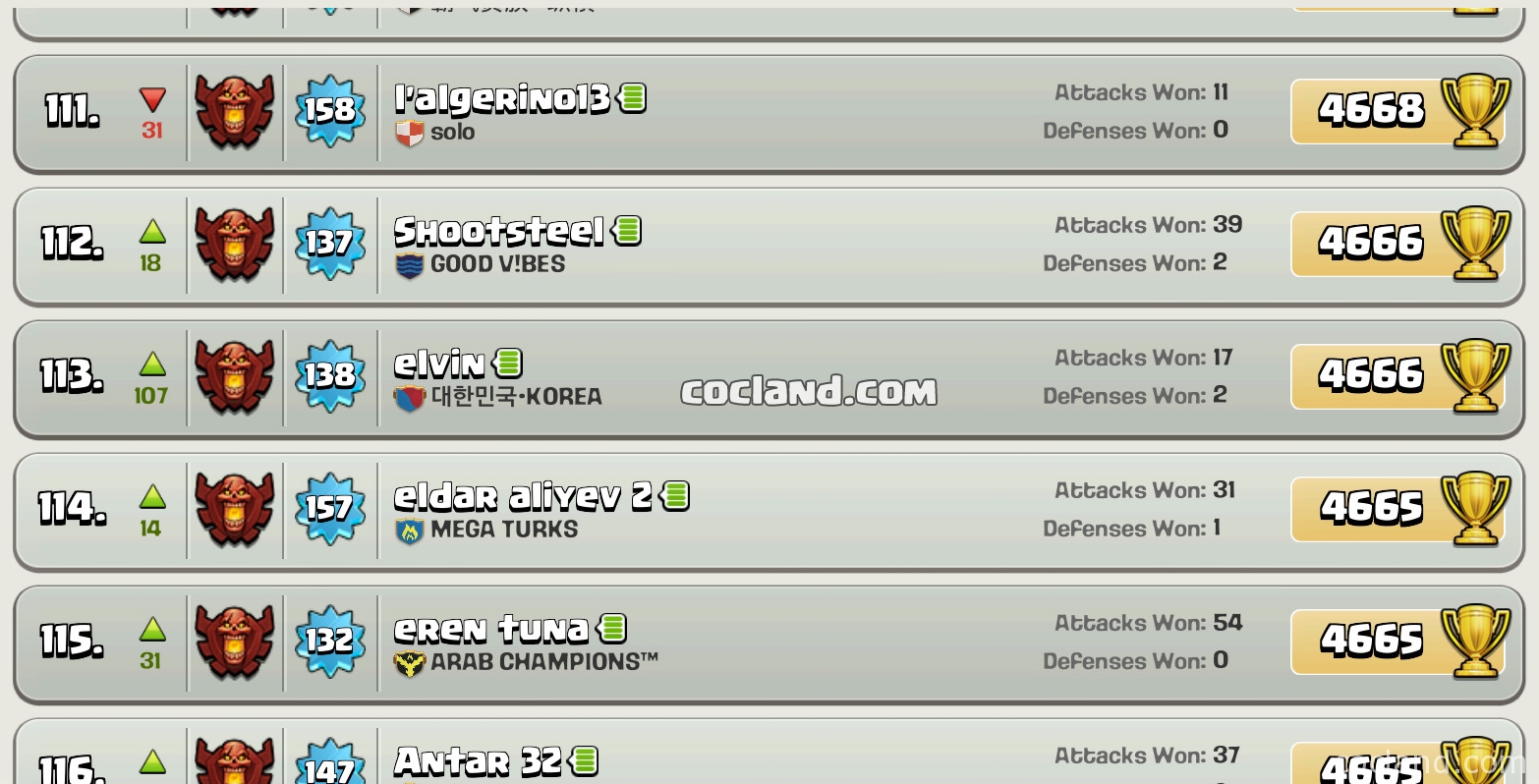 So what is trophy pushing in Clash of Clans?

Trophy pushing or trophy hunting is one of the common activities in Clash of Clans which just focuses on collecting as much as trophies as possible and really doesn’t care about loot.

Why should I do trophy pushing?

I am sure that there are a lot of players who still doesn’t know about the profit of trophy pushing.

Basically, by doing trophy pushing, you can:

I strongly recommend that you should go to higher leagues If you are at mid or later Town Hall 10. Because at there, you can train a lot of new strategies with another strong villages.

Before starting pushing your trophies

You need a good trophy base with maximum protection. Sometimes, other players visit your base and lose the battles, you can get a lot of trophies without attacking other villages. A good defensive base can also help you minimize lost trophies after being attacked.
There are a lot of good layouts at the Base Designs section.

The fastest ways to go to the Champion League

Here are some most popular and effective strategies for pushing trophies in Clash of Clans.

Normally, with just Barch and Balloonion, you can go to at least Master Leagure easily. All you need is having time for playing. Trophy pushing requires a lot of time.