Hey guys it’s Ash and I’m going to give you guys an in depth explanation of the newest Hero Supercell has revealed today, The Grand Warden! You guys may have seen some other sneak peeks talking about this new hero’s attributes, but there’s actually more: 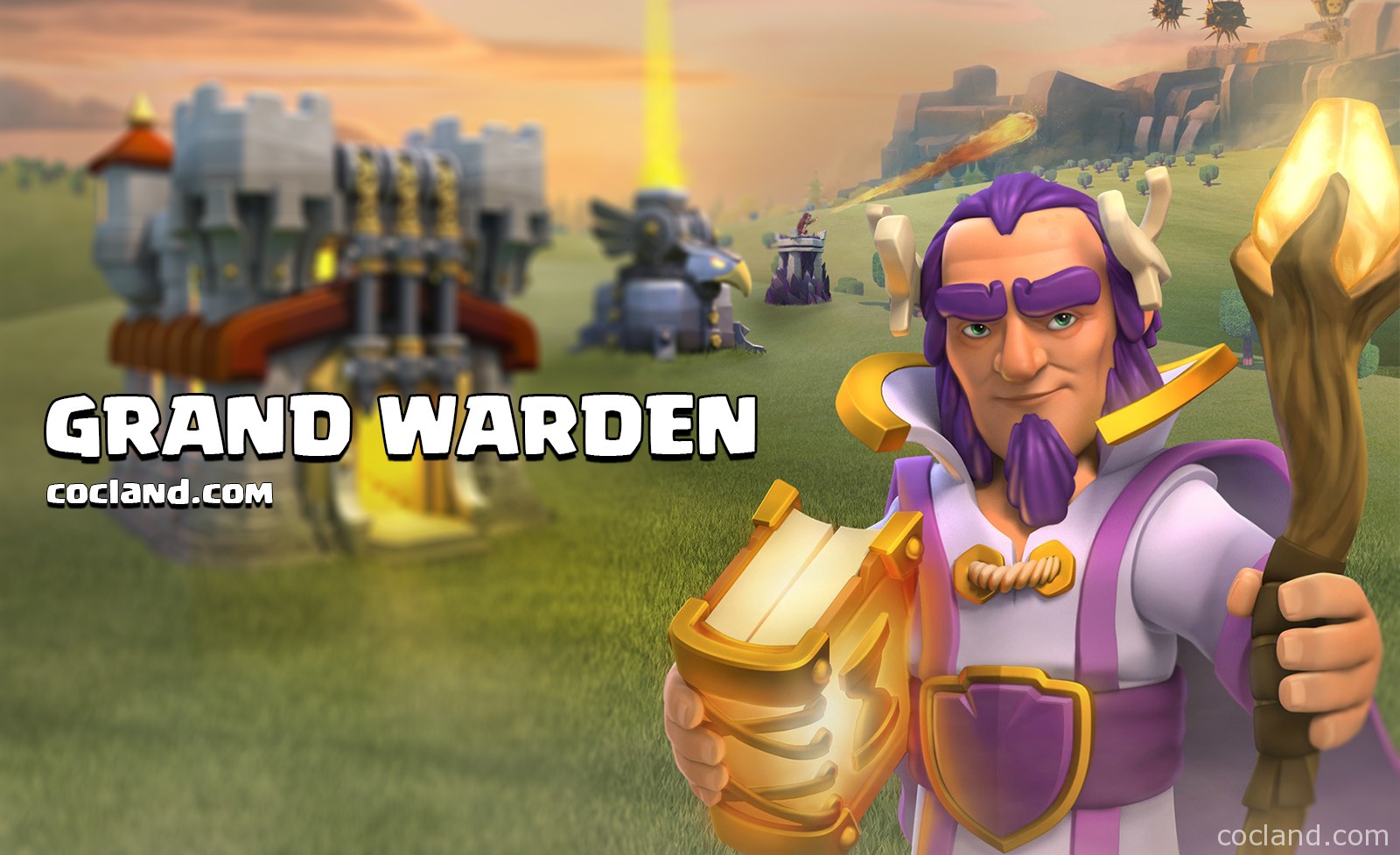 How does the Life Aura work?

Depending on troop maximum HP, the Life Aura Effect of the Grand Warden will increase the HP all troops within the aura range but with a limit. For more details, you can read the Life Aura table at the end of this page.

What does his Eternal Tome ability do?

By tapping his icon, you can activate his Eternal Tome ability. While the ability is activated, all the troops inside the 10 tile radius of the Aura will be invulnerable to all damage including the Grand Warden himself.

How long does his ability last?

At level 20, his ability lasts for 5 seconds and it is 3,5s with the ability level 1. We know that the Archer Queen becomes impermeable to all damage when she activates her ability. And now if you have her within the radius of the Aura, then that just increases her invulnerability to more damage. So using all 3 of the Heroes together does sound very overpowering handle as they make a deadly combination.

He has a deadly 7 tile attack range

One of the biggest attributes of the Warden is his attack range, which is an incredible 7 tile range. The best way to stop the strongest attack by a TH11 player is to stop the Grand Warden because he’s going to make your defenses deal 2/3rd their actual damage. But how you can stop the Grand Warden when he has a range of 7 tiles, allowing him to stay behind all troops? We all know how incredibly annoying the Archer Queen is to defend with her 5 tile range, but now we have a Hero with an even greater range, so it’s going to be very intriguing to see what people do to stop him.

What about the A.I. of the Grand Warden?

If you send him alone, then he will target the closest structure. But, if you send him behind other troops, he will target the building that the closest troop next to him is targeting. So he’s considered more to be a support Hero, a Hero who supports your troops both in terms of defense and also helps them by targeting the same structure that they are. However, this could sometimes backfire, so you need to make sure to keep the Warden behind your troops.

Thanks for reading! Hope this guide can help you somehow!