Like the King and the Queen, our Grand Warden can be set to defense our base but the way he works is totally different. Let’s take a look! I’m going to give you guys some in depth explanation as well as speculative features of this new defense. 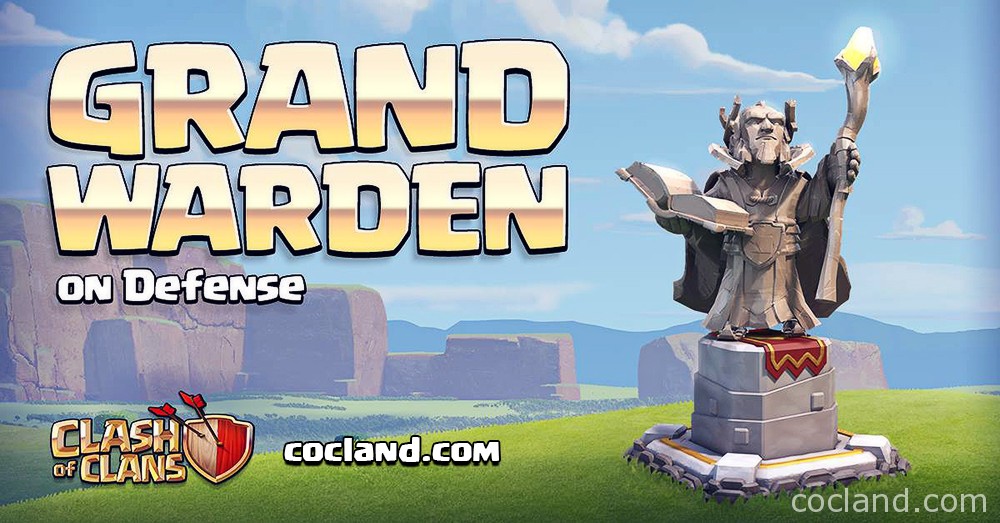 He has 2 modes on defense: Ground or Air

He provides the same Life Aura ability on defense as well and gives a shield coverage that reduces damage by about 33% onto your Barbarian King, Archer Queen, Skeleton Traps and Clan Castle troops on defense. Your defensive troops must be within the 10 tile radius of the Life Aura to obtain this increase in shield coverage.

He transforms into a point defense tower

When the attacker drops a troop, the Grand Warden on defense turns into a petrified statue. Thus, he remains stagnant with his Life Aura ability intact. However, if he is destroyed, then the Life Aura also wears off

The Grand Warden on defense is a defensive building

That will be all for now, but I will have more videos talking about more strategic uses of the Grand Warden on both attack and defense. As well as more in depth explanations of sneak peeks. So don’t forget to subscribe if you haven’t and I’ll see you guys again soon. Later!