Wall Breaker is one of the most popular troops in Clash of Clans besides Barbarians and Archers because of its special ability: Breaking Walls. Bang bang bang! That’s everything we can remember whenever hear about the name Wall Breaker! 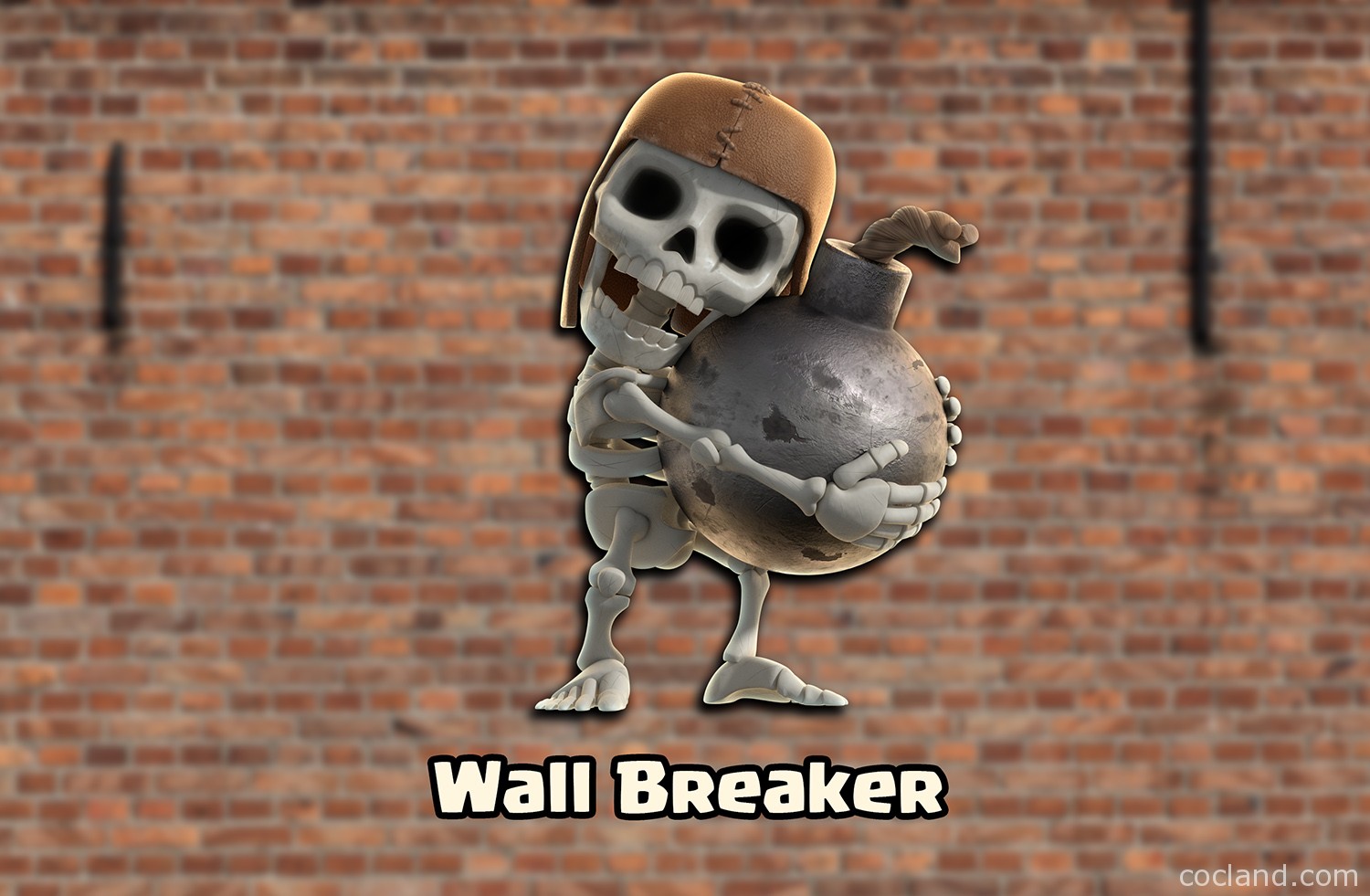 Somethings you should know about the Wall Breaker

A funny video about Wall Breakers and Jump Spells

What do you think about Wall Breaker? Do you have any tips about it?