Hey guys, a close friend and former clan mate of mine, known as BumbleBee, had recently made it to Legend and also rank 1 in the world. So here I’m going to share with you guys his experiences and journey that led him to the top. 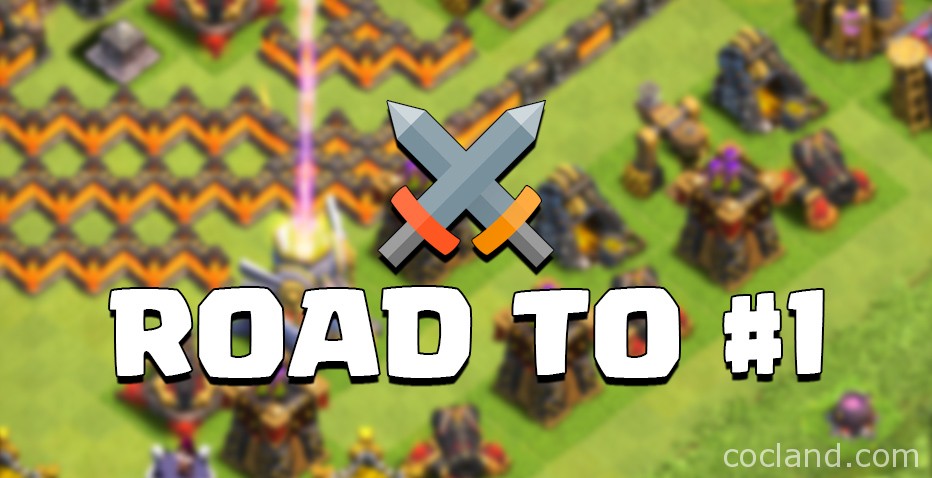 I’ve been following BumbleBee ever since he started his journey. He started his journey pretty much right after I’ve ended my journey to top 200 in the US. And one of my biggest supporters were Bumble Bee, who allowed me to get to top 200 in just around 3 weeks because of all the Lava Hounds he had donated to me, as it was pretty difficult getting Lava Hounds for donation in a hardcore farming clan. But yea, Bumble Bee was very interested in trophy pushing to the top as well, and I told him that if there was anyone who could do it, it would be him. As he’s a very hardcore player, not just trophy pushing, but he farmed his base to max, his heroes to level 40, his walls to level 11. Speaking of his walls, he finished farming his level 11 walls in about 4 weeks.

You also have the misconception that people who able to do such extraordinary things probably have too much time on their hands. But no, BumbleBee is very successful person in life, and a very smart person as well. He’s making money, has a job, actively goes to the gym every day, and he still manages to find the time to compete against the best players in the game and push to the top. Of course that’s not to say that he has a very hectic schedule that involves having to play and be online while also doing his job. But that’s also a benefit of being your own boss. He would start his day in the morning with one long session as he prepares and travels to work. Of course most of his time in the game is just based on clouding that can take a very long time before he can actually find a base to attack. If a base pops up, then he would have his driver pull over so that he can do his attack properly. So that’s just one example how Clash of Clans revolves around his lifestyle.

BumbleBee is now a member of MegaEmpireAsia (top trophy push clan), because if you want to compete to the top, then you need to join a top clan to do so, for them to quickly donate you your war troops and also learn from each other’s experiences. One of the biggest reasons why BumbleBee was so successful was because of his clan mates, as they kept motivating him throughout his whole journey and told him to never give up. This was also Bumble Bee’s first serious trophy push attempt, which is very impressive, not only because he made it to the top in 2 months, but also because he mastered all of his attack strategies in such a short period of time.

I remember BumbleBee asking me for guidance on how to use such attack strategies involving LavaLoonion and mass Golems. And he’s a very fast learner too, it didn’t take him long to master these attacks. He just kept practicing and practicing until he had everything right. And that’s the key to trophy pushing, once you master that attack strategy and defeat so many bases, winning becomes second nature to you. You learn to break down a base quicker, you gain more understanding of the game. Not only that, watching other top trophy pushers and their attacks help you improve as well. I know when I start trophy pushing, I had watched a lot of attack footages of the top players in the world. I would pause and replay many times, trying to understand how they deploy and time their troops and spells and why they deploy like they do. So I really recommend that when you’re watching replay footages, really focus on the key aspects of the raid. Which are the timing and deployment of the troops and spells. When and where and why that player chose to do what he’s doing.

BumbleBee had started his push with Lavaloonion and Mass Golems, but then transitioned to Mass Dragons (all out Dragons). And this is because Mass Dragons is just a much safer attack for not just winning, but is also has a better chance of 2 starring than Lavaloonion. Mass Golems has the greatest chances of 2 starring, but it also has the greatest chance of losing a raid, which you really really don’t want to do. As losing if you lose a raid in Titan 1, it may take a couple of days before you can retrieve the trophies your lost. So if you’re planning to hit the top, then mass Dragons is the way to go.

Now recently Supercell had made changes to the trophy push system in which the minimum trophy offer becomes 6 trophies. And also, players can’t hide from shields as much because you’re going to start getting kicked out of the game every 3 hours instead of 6 hours. Bumble Bee had made to legend and to the top right before the update. And right now, you have hundreds of players right now in legend because of the update changes. The new update has really made pushing to legend easier now.

So now with the addition of Town Hall 11, BumbleBee has now dropped to Titan 3 to farm and max out his TH11 base. And once he’s done, he’s gonna look to get back to being #1 in the world. So I really wanna congratulate Bumble Bee on his amazing accomplishment and maybe one day I’ll make my way to the top as well with all the motivation he’s given me. So thanks for reading and don’t forget to congratulate BumbleBee in the comments below and don’t forget to watch my video with some of BumbleBee’s great attacks, and also subscribe to my YouTube channel if you haven’t yet. Would really appreciate it. Thanks! ~Ash