Popular mobile tower defense game “Clash of Clans” is the most amazing game on both Android and iOS, so it is must-have. It takes strategy and skill to master. Basically, it’s one of those addicting games where you get to grow/build your very own city and you need to save up “money” to get upgrades. When you purchase an upgrade, it takes time to finish constructing, and the more you upgrade, the better your buildings get. 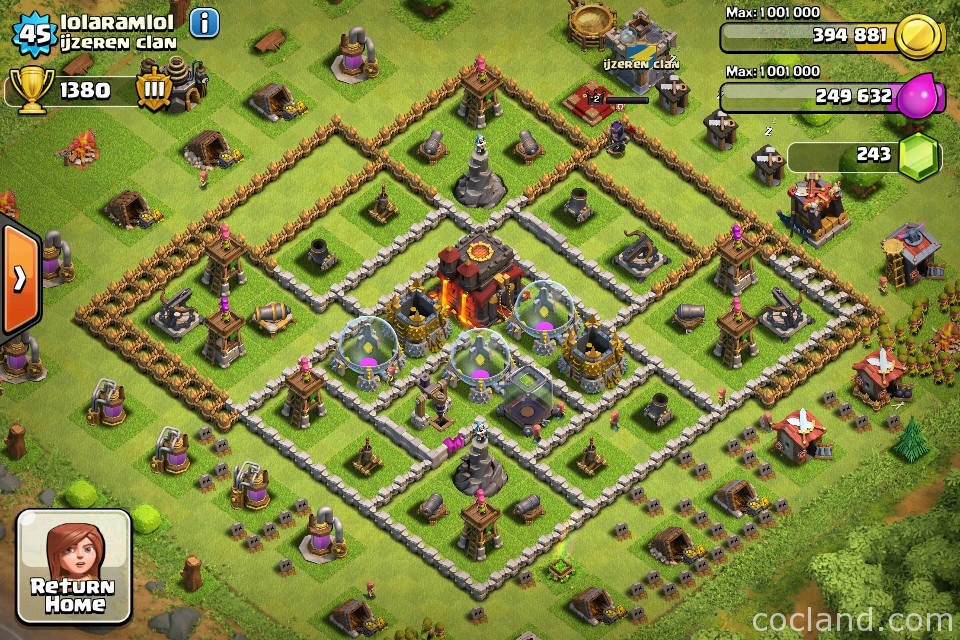 A town hall in Clash of Clans

The main difference between “Clash of Clans” and other games like it is that in “Clash of Clans” you can raid other players bases and they can raid you. You can steal each other’s money but only a certain percent of it is up for grabs. As you win more battles and defenses, you earn trophies and get placed in a higher league, which makes battles and defenses harder. It also gives you more bonus loot at the end of each battle. To ensure you win in defense, it’s best to protect your town hall with defenses like archer towers, cannons and more. If the enemy takes out your town hall, they automatically win the battle, causing you to lose trophies and them to gain.

To speed things up a bit and to get money quicker, you can spend actual dollars to get “Gems” which have the power to quicken upgrades and can be traded in for in-game currency such as gold, elixir and dark elixir. When you first get the game you will tell yourself you wont spend any money, but eventually you will be so tempted sooner or later you will end up giving in. Beware.

You are probably wondering, why is this called “Clash of Clans”, it sounds more of a solo game, well… its not. Basically you can form an alliance known as a Clan with your friends or just strangers. With your clan you can chat or you can donate other members a portion of your troops for battles. There is also a thing called Clan Wars but it’s a bit complicated to explain, you need to play for yourself to understand. All of the trophies from all of the members in your clan get added up and divided by 2 to determine your clans overall trophies. Everyone can see your trophies and if you get really serious you can work your clan up to the top clan. The top clan gets 20,000 gems divided among their top 10 players every couple weeks. But as I said once you get in a high league, battles get harder making it very tough to get to the top. There are also millions of other players making it a challenging completion. Go give Clash of Clans a spin for yourself and see what you think.