In Clash of Clans, there are total 8 main leagues in Clash of Clans: Bronze, Silver, Gold, Crystal, Master, Champion, Titan and Legend. After attacking other players, you can will receive a decent amount of trophies If you win the attacks and you also lose your trophies If you can’t get at least 1 star. By having a certain amount of trophy, you can join a league and earn win bonus for every win.

Everything about Clash of Clans Trophy Leagues 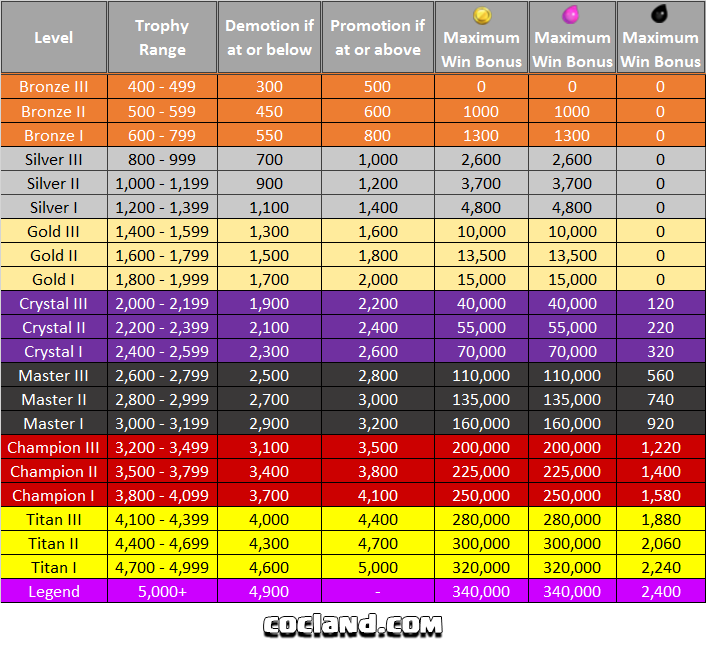 The table above gives you all important numbers about Trophy Leagues in Clash of Clans.
Because of the sweet bonus from high trophy leagues, lots of players living in those leagues and aim at 1 star wins for getting the juicy win bonus. We have couples of guides about farming at those leagues on cocland. How to get to Titan League Fast and Easy and Ultimate Guide to Farming at Master League are two of them. You can see more in the Guides section.