Today, SuperCell has introduced the new Friendly Challenge feature, which will be released in the upcoming Clash of Clans update! 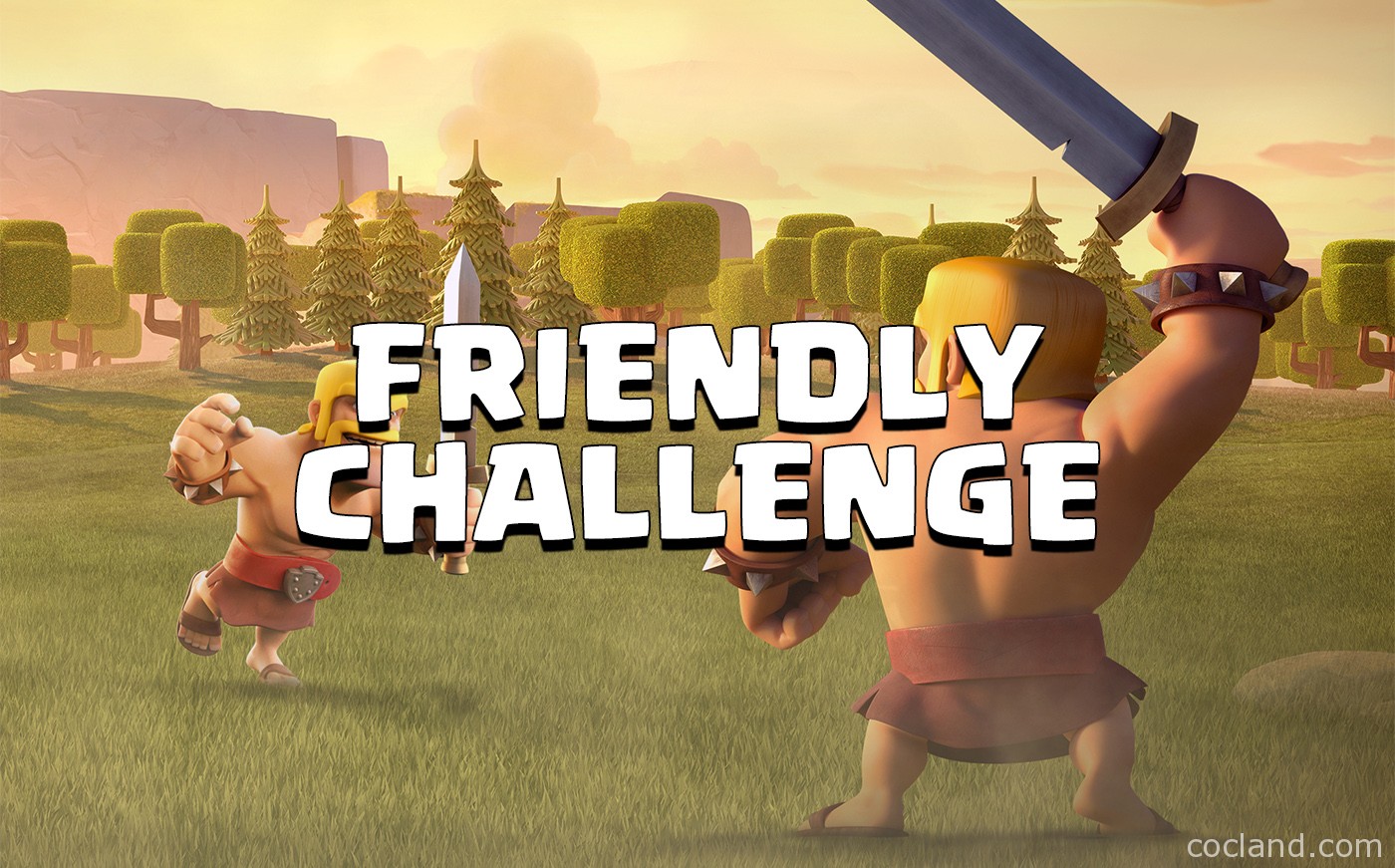 What is Friendly Challenge?

Friendly Challenge allows players in a Clan to attack each other for practice, competition,… or just for fun! This is going to be unlimited and won’t cost anything from Gold, Elixir, Troops, Spells, Heroes,… You can’t earn resources or trophies after finishing a Friendly Challenge.

This is extremely useful that you can use your opponent bases in Clan Wars and let your Clan mates attack them for practice before acting the real attacks. It will definitely improve your attack skill as well as help you improve your base better!

How can I invite my friends to attack my village?

To invite your friends to attack your village, you can use the “Challenge” button at the top of the Chat bar. You can also choose between your current layout and other saved ones, including your Clan War bases. You can add some custom text as the message!

Once it is posted, players who accept your challenge can launch an attack against the chosen layout. Don’t worry, you are not going to lose resource after getting attacked by your Clan mates!

How can I attack my friend’s village?

After accepting a Friendly Challenge in Clash of Clans, you will attack that village with your current army. Don’t worry! You are not going to lose anything (troop, spell, Heros,…). After attacking, they will be returned to your base! The replays of your attacks will be available in the Clan chat and everyone can see the replay or even can watch the live attack!

Some notes for you:

Also, great news here! We are going to get a 1-Gem Boost Event until the upcoming update released!