Skeleton Spell is the new Dark Spell which was released in the latest Clash of Clans update – the May 2016 update! Let’s take a look and see guys! 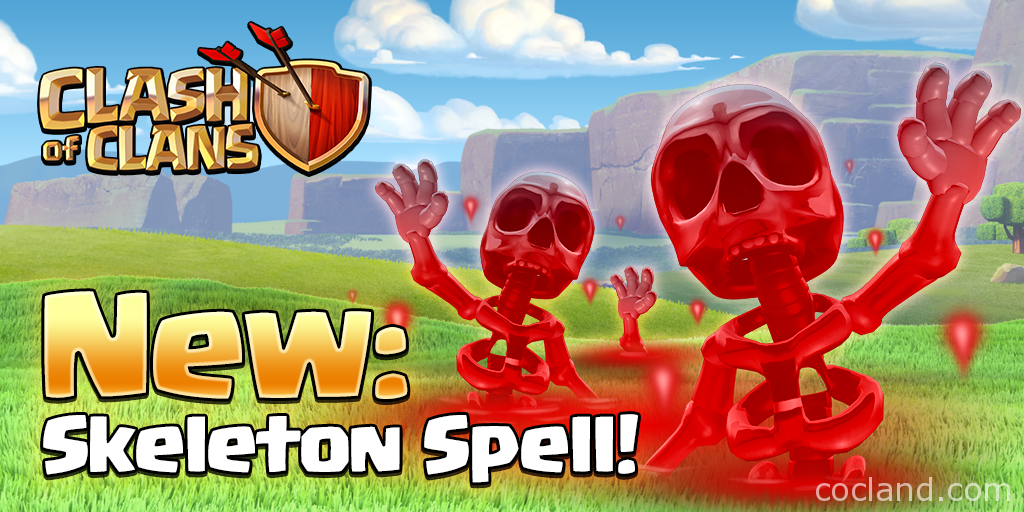 Basically, this spell spawns a skeleton squad from where you dropped it down.

Some great ways to use the Skeleton Spell

Do you have any great use of this amazing spell? Please share your opinions guys!