Recently, there has been a lot of chatter over the forums and other outlets about how difficult it is to obtain a 3 star at Town Hall 11. Ever since miners were nerfed into the ground, there have been far fewer three stars than what we had become accustomed to. However, we need not despair or give up or flail our arms in frustration because 3 stars at Town Hall 11 are still possible and it doesn’t take a freak accident to get one. 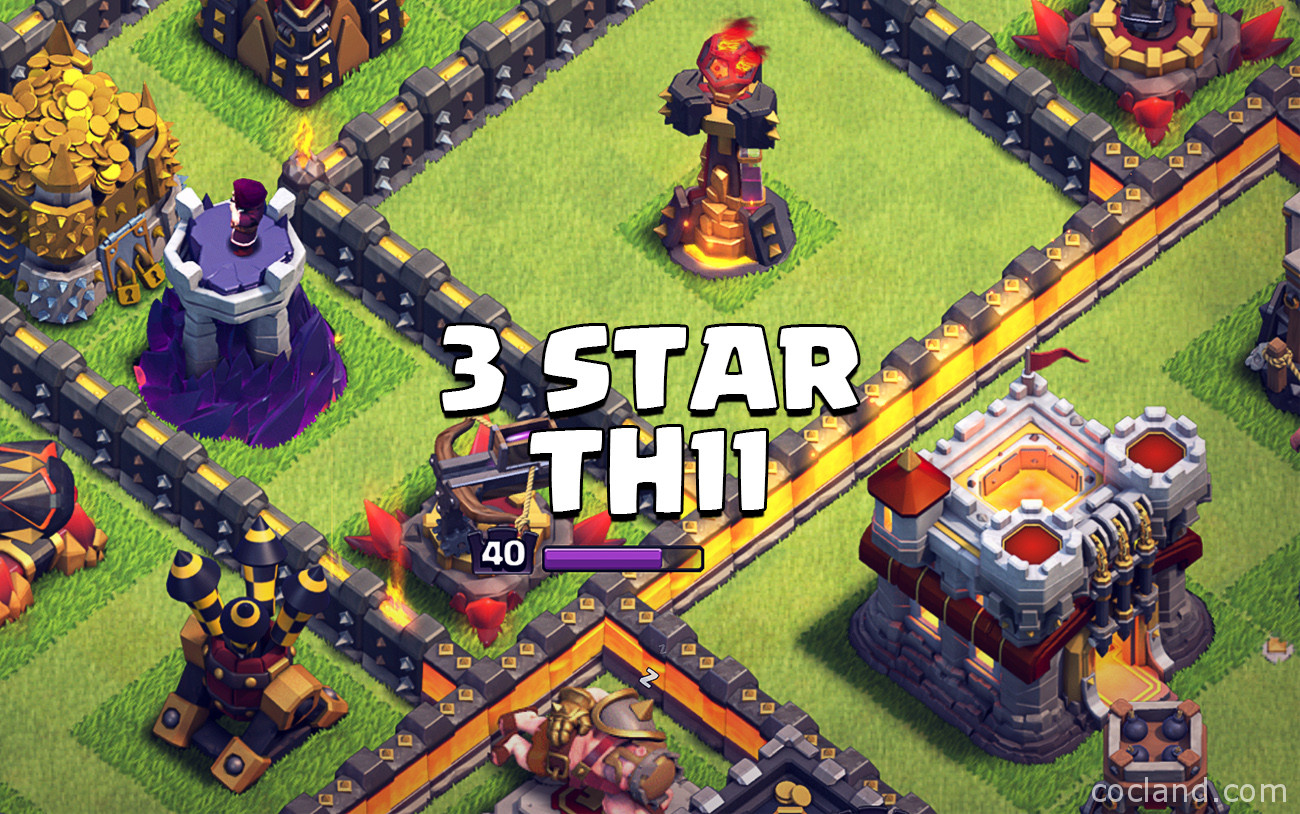 In the below video there are two war attacks shown using two different bowler combinations. Make no mistake – if there is one unit with which you will get 3 stars, it is the bowler. You might argue that this sounds boring and that you don’t want to mass spam bowlers on every single attack. But it doesn’t have to be like that. You can use bowlers with several different types of troop to get your three stars in different ways. Before we talk strategy – watch the below video showing two recent three star attacks on high level Town Hall 11s.

Let’s take a close look at the two attacks and how to go about using them. Before we do though it’s worth mentioning that this isn’t the only way to use bowlers. You can use them with healers, miners, witches, Valkyries, wizards and other such units in different ways. The most common way and arguably the safest and strongest is the Bowler Healer combo.

This typically is comprised of around 30 bowlers and 6-8 healers. The tactics here are to use your bowlers on two adjacent corners of the map with 3 or 4 healers behind each group. Take down the outer defenses and buildings with this and clear and very straight forward path into the middle of the map. You’ll be using a rage, a jump and a freeze to ensure that this is done with relative ease. Once the corners are cleared, drop the rest of the bowlers either behind a Google or behind a few giants – also drop your heroes with them. There is also the possibility to have a couple of other healers at this stage to help keep the bowlers up.

The beauty of this attack is that the bowlers will move into the center and under rage grab 2 stars extremely quickly. From there, usually several or most of them will die but you’re left with a whole load of healers which will then help keep your heroes awake helping you get that all important 3 star.

It’s not a massively difficult attack this and the first clip in the above video illustrates perfectly how to best go about achieving it successfully.

This is a slightly more unusual combination but one that is a little bit more fun to use or at least I think so as I have a soft spot for witches. In the recent updates, there has been very little room for witches at the top end of the game which is a shame as they are a skillful unit to try and use effectively.

This attack is similar to the above except you don’t waste too many bowlers on the corners as you are likely to lose them. The trick here is to get the skeletons from the witches tanking most of the blows and keeping the bowlers alive. It’s advisable in this situation to have some giants or a Golem to protect the bowlers initially and then the skeletons should do their job.

There’s no doubt about it – it is difficult to get 3 stars at the moment and there is a lot of talk that this might change within the December update, providing there is one. But it is by no means impossible and nobody should have the mind-set that it is impossible to get 3 stars. Keep at it, try different things if something specific isn’t working for you and make sure you pick suitable bases depending upon your style of attack.

Please don’t forget to subscribe to Chucky’s channel for more strategy and tips in Clash Royale & Clash of Clans.