3Go EarthQuake is a nice strategy for you to deal with any Town Hall 8 base which is pretty spread out (not good for Hogs) and can be opened up by Earthquake Spells (It just has 2-3 remaining boxes after the Earthquake). Just go with this strategy If you are at mid-late Town Hall 8. If you are at early-mid TH8, just simply use Dragon attacks for getting all 6 stars in Clan Wars.
Many thanks to JTJ for this awesome strategy! 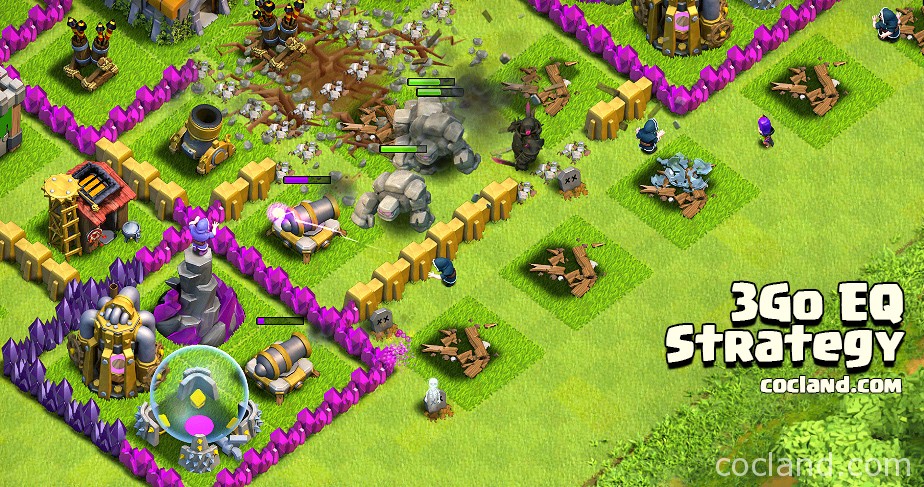 You can you Hogs instead of Balloons.

When should I use 3Go EQ?

The screenshots below are some kinds of bases you can easily overwhelm with this strategy. The white circles refers where you can drop the Earthquake Spells: 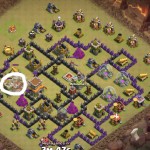 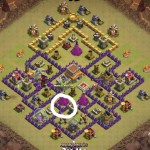 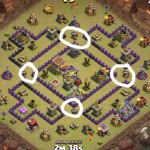 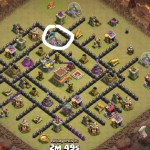 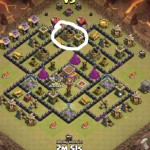 How to attack with 3Go EQ

Choosing the best place to drop the Earthquake Spells

Drop 4 Earthquake Spells on attack vector opening up maximum boxes. Usually you drop this behind first wall (Wall Breakers that off main attack). Note, if you need to drop Golem/Wizard teams on flanks before EQ to get cuts down (so main army flows to mid) before EQ delay EQ and do cuts then EQ after the next step.

Dealing with the Clan troops

Pretty simple right? Take a look at the video below from JTJ, the author of this strategy, for more details and you can see how easy it is!

Hopefully you can bring a lot of more stars for your Clans with this strategy!