Are you looking for a Town Hall 10 attack strategy with guaranteed 2 stars and easy to deal with Multi-target Inferno Towers? Maybe you will want to take a look at this 7 Golems attack strategy and its variants. Basically, as its name, this strategy comes with 7 Golems, 4 well-placed Jump Spells and then your Barbarian King and Archer Queen can party without harassment and distraction! 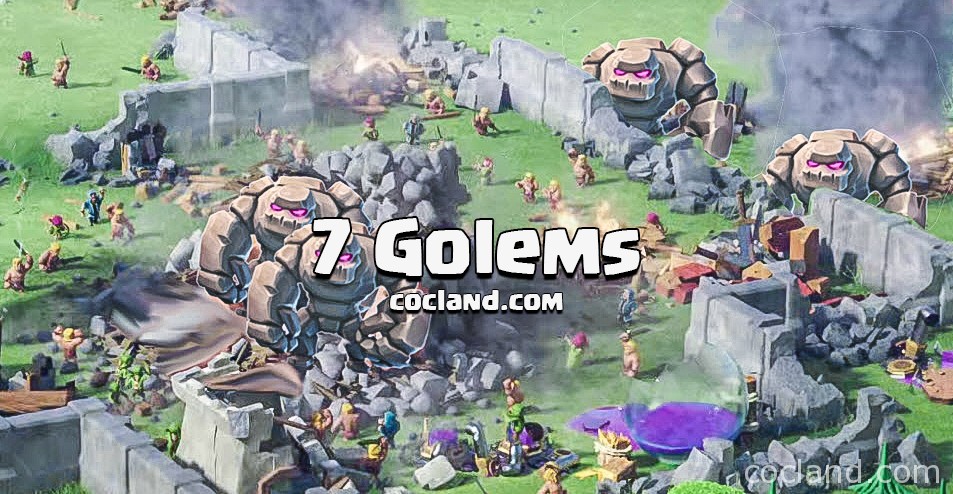 Many thanks for JTJ for this image and this awesome guide.

As I have mentioned at starting, the core units of this attack strategy are 7 Golems and 4 Jump Spells. Based on the bases you are going to attacks, there are plenty of variants that you can go with this strategy. If the Hidden Teslas are not placed close together, you can go with P.E.K.K.A. If the base are pretty cramped, you can go with Valkyries.

Recommend: Level 5 Golem and at least level 2 Jump Spell. Time is the key of this attack strategy. You should also go with at least level 15 King and Queen.

Below are 4 most popular base layout styles that can be destroyed easily with 7 Golems: 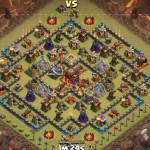 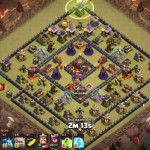 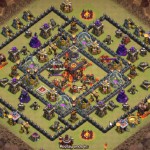 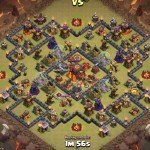 In addition, you can attack a base with these features easily with 7 Golems:

How to dominate with 7 Golems

You are at Town Hall 10 now, it means you are obviously an elite player and you know what should to do. I won’t go in detail too much.

Drop 1 Jump Spell per spot such that results pathing of Golems at each spot. The #1 Jump Spell can get cuts down for mid team pathing to mid. The #2 protects Wizards backing for flanking, the #3 ties up X-Bows and the #4 bonus points if 5 Golems end up saturating 1st Inferno on the way.

Drop 2 Golems each spot. You drop left, right, middle to get the flanking Golem teams a head start over mid (protecting it, developing cuts to get the mid team to mid). Also. you want a slight sap between Golems and the wizards coming next.

Drop 5 Wizards behind each Golem team. Drop them behind Golem so that they don’t immediately get exposed to flanking fire (1-2 buildings away from where Golem will post). Also drop CC behind team that will engage Q most likely (or take notably more fire).

For more details, take a look at the video below:

Basically, the 7 Golems attack strategy just aims at 2 stars victories so I highly recommend using it If you are at early-mid Town Hall 10.