Dragons are pretty over-powered at early-mid Town Hall 8. But we can’t always use just Dragons. When Some specific base layouts can break down your Dragon pathing badly, it’s time you know that you need something much more special. That is 813 Dragon Attack Strategy.

I recommend using this attack strategy just at Town Hall 8. With Town Hall 7 players, just drop 3 Lightning Spells on the enemy Air Defense then deploy your Dragons in a line for an easy 3 stars win. It’s just easy like that, can’t be harder.

The types of base you can attack with 813 Dragon have these conditions:

Here is a example for you: 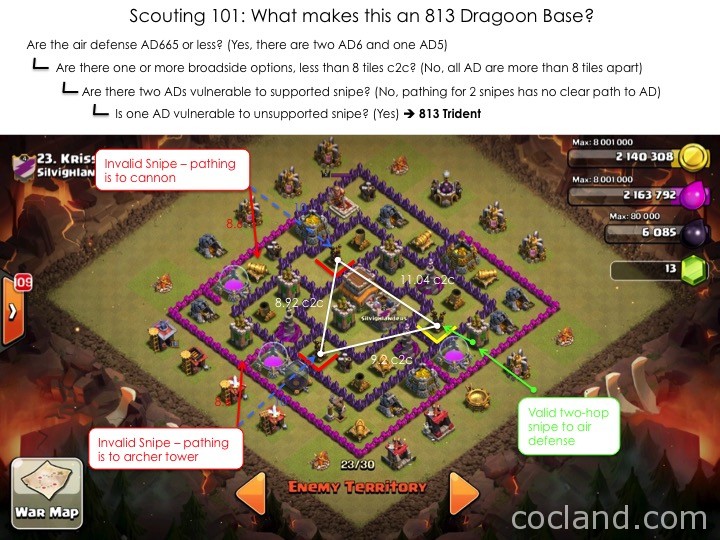 It is not hard at all to attack with 813 Dragon strategy. Here are our simple steps:

Below is another example for you: 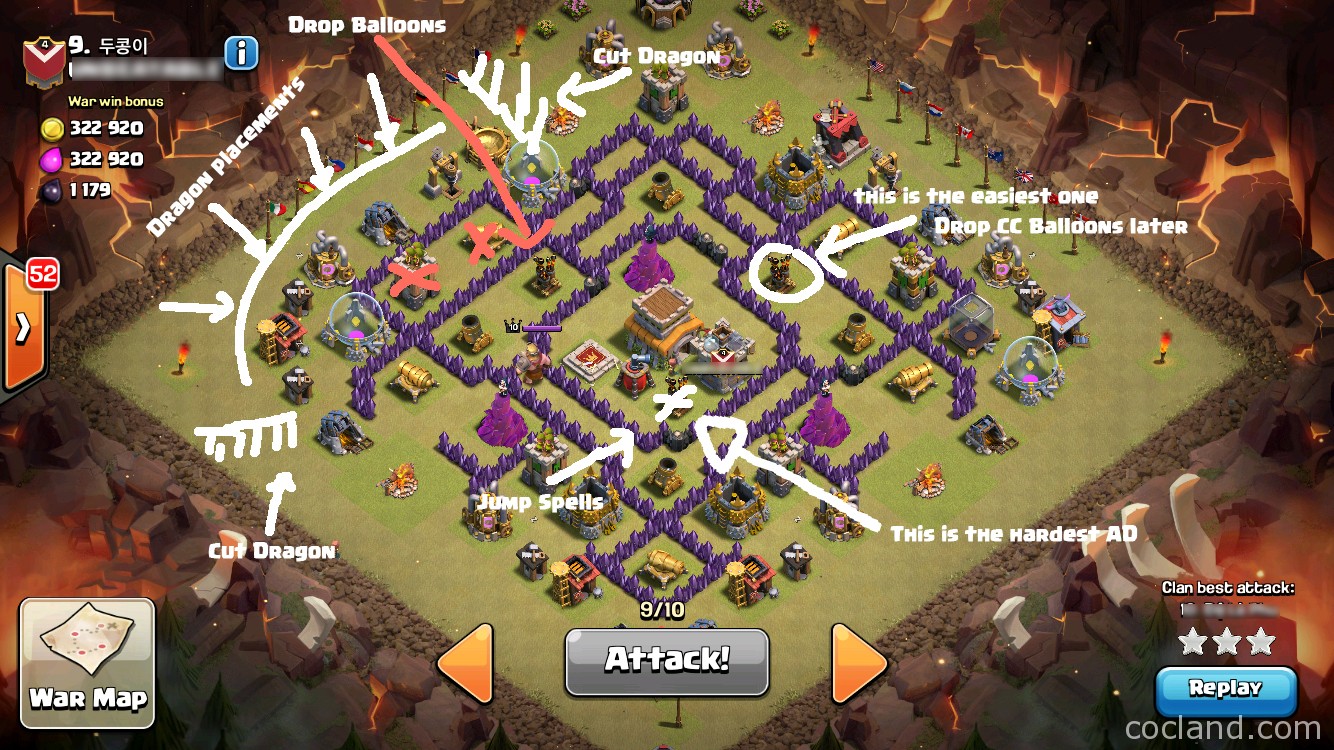 Here is a detailed video about this strategy from JTJ, the author of this guide!

Do you have any question? Don’t hesitate to ask!