Giant Biz is not really a new attack strategy in Clash of Clans, but not much players know about it. I have tried to use it couples of times in my Clan War. This strategy is very cheap, much cheaper than Hogs, Dragons, GoWiPe, HoLoWiWi or other ones. 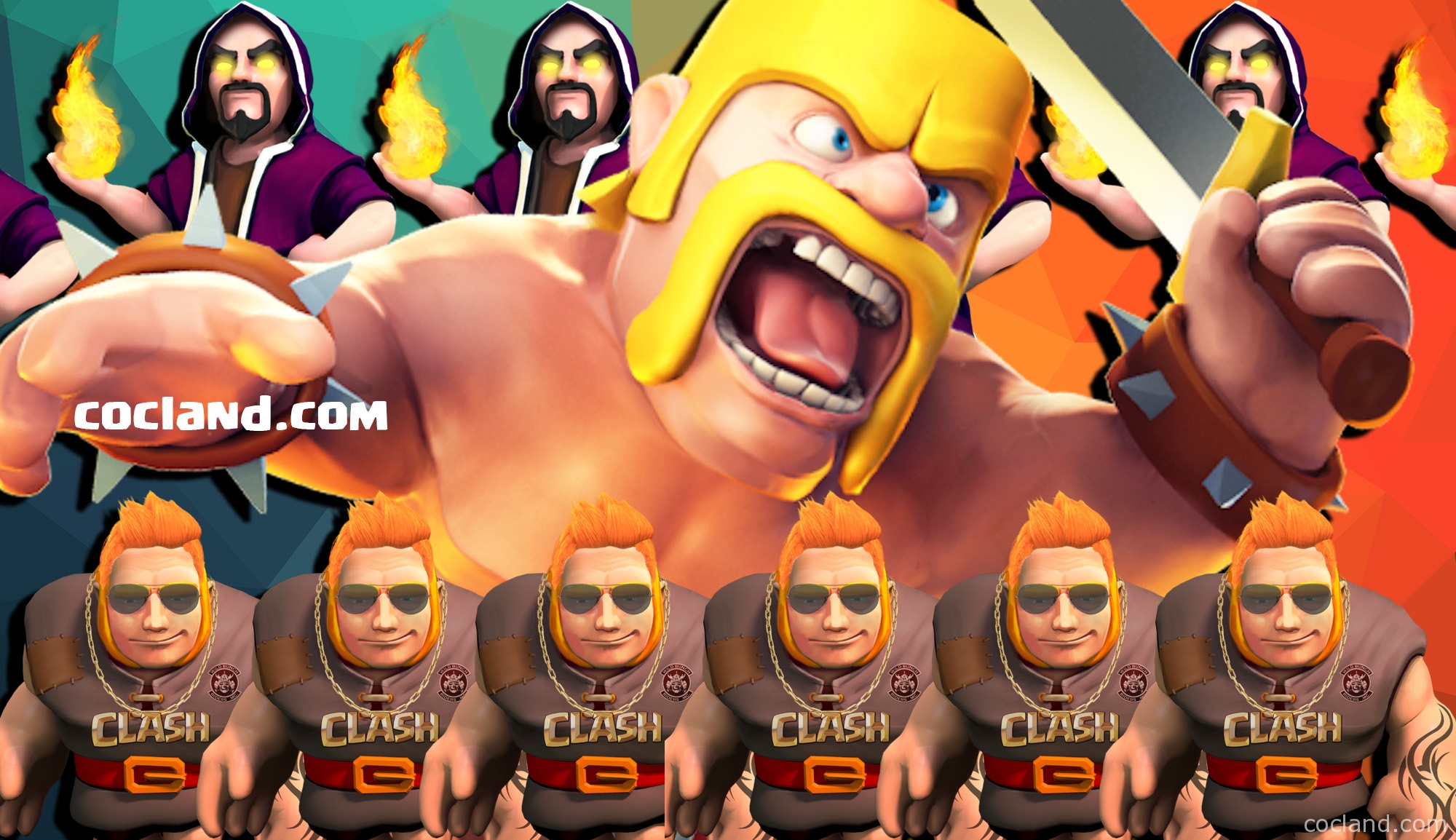 While giants are soaking up damage, like a meat wall, Wizards and Barbarians can destroy buildings. You should drag the Wizards after your Barbarians, so they will be safe the whole match.

Because this strategy is cheap and doesn’t need Dark Elixir so it isn’t more effective than the other ones. You can use it for pushing your trophies or in Clan War. As a Town Hall 8 with level 5 troops, you can easily get 2 stars when attack well upgraded Town Hall 9, more than 80% with other TH8 villages and 3 stars if you attack TH7s.

This attack strategy is from SaeedOrphan. A big thank to you mate!