Hey my friends, it has been a long time since the last time I posted an attack strategy for Town Hall 5 and 6. Today I am going to show you a pretty nice attack strategy for both Town Hall 5 and 6, which is called GiHoLo. Basically, this army composition is pretty similar to the BarchLoon which was posted on CoC Land before, but with this one, you can easily overwhelm base which has centralized Air Defense. 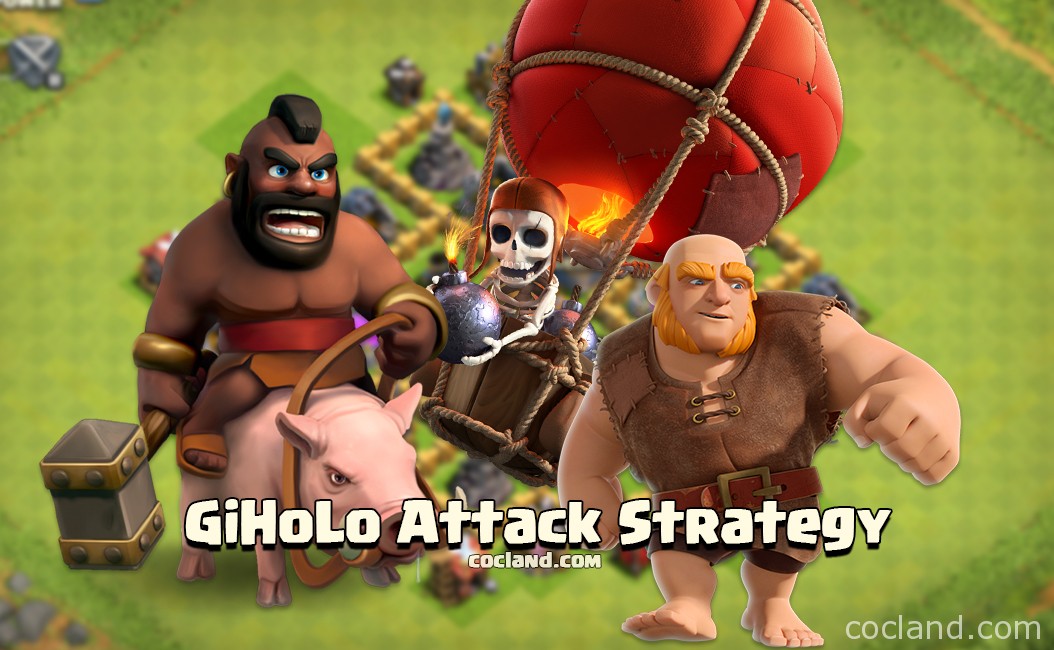 I am going to explain everything as simple as possible, give you everything which should be remembered and answer the most frequently asked questions at these two Town Hall levels.

How to attack with GiHoLo

Before attacking, Buildings you should pay attention to

Step 1: Lure the Clan troops out

Never skip this step! I can see that a lot of Town Hall 5/6 players skip/forget this step when attacking. Because you are at Town Hall 5/6 now so I am pretty sure that your raids got ruined various times because of those detestable troops. If you skip this step, you will not be able to get even just 1 star.

Note: Valkyrie is one of the most popular Clan troops that you can face at these Town Hall levels. After luring her out, just simply drag your Archers and 2-3 Wizards around her. She will be taken out pretty fast. Never drop your Barbarians for dealing with Valkyrie, there is no point at all to do that because she can take out all TH5/6 troops within 0.5 tiles with just a slash.

Focus on the Air Defense at first

Balloons can’t be attacked by Mortars and Cannons so you just need to care about Wizard Towers and Archer Towers. 3-4 Balloons are enough to take down 1 Wizard/Archer Tower. We have 12 Balloons so let’s split them to 3-4 groups like the screenshot below! 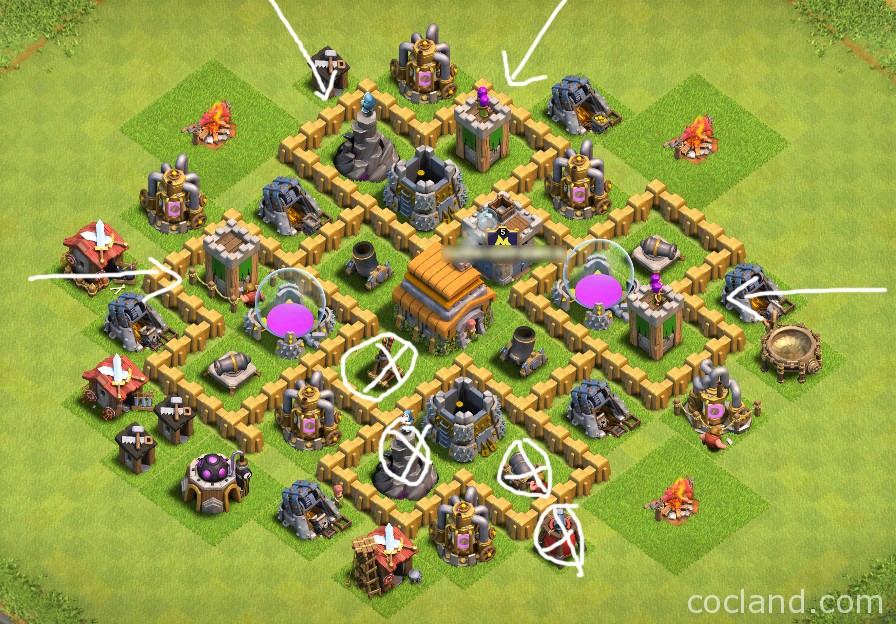 The attack can’t be easier now. Just drop the rest of your Archers and Wizards around the base and destroy unprotected buildings.

You can watch the video below

By following this strategy, I think there is no reason to get less than 3 stars from any Clan War attack at these levels.

If you have any question, comment here and we will try my best to help you!