GoHogs or GoHo is definitely one of the best attack strategies for Town Hall 8 and Town Hall 9 in Clash of Clans. At the first attacks, maybe it’s pretty hard to control the whole army at the same time but trust me, it is pretty easy to use GoH and get the 3 star win!

The main idea of GoHogs is to use your Kill Squad (Golems, Wizards and Hero) to break inside the base then take out defensive buildings and Heroes as well as distract the outer defenses. By scouting before attacking, you can trigger the double Giant Bomb, which is nightmare for your Hog Rider attacks, and even the enemy Barbarian King, which can 1 hit your Hog when they are at low HP. After that, just send Hogs into the raid once your Barbarian King and Golems have finished the job. 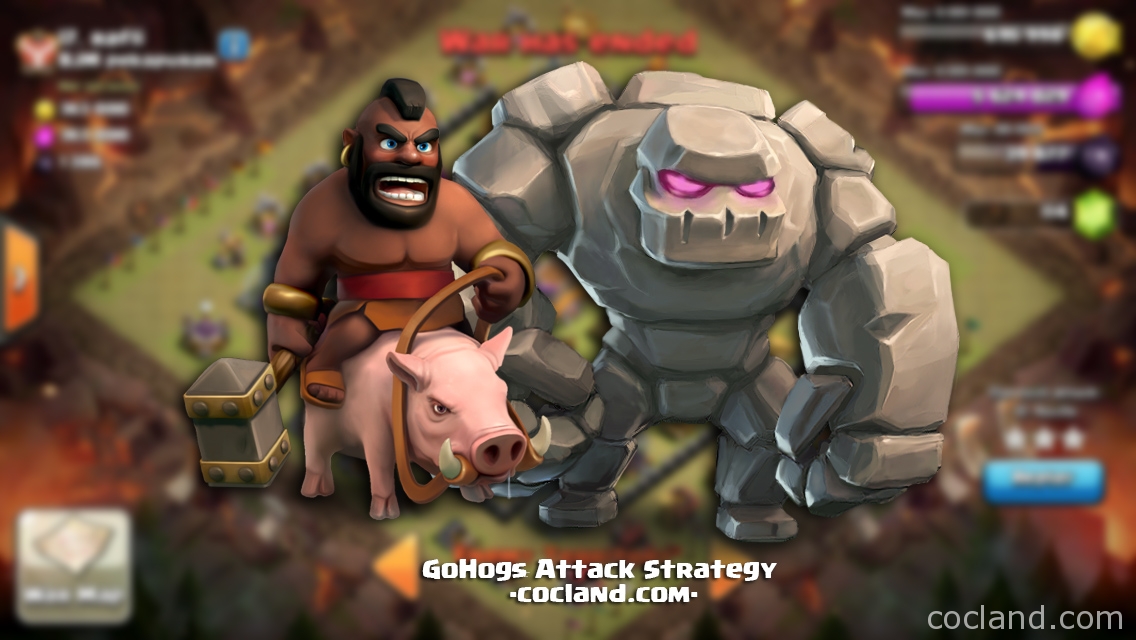 There isn’t any perfect GoHog army composition for sure. Depending on the base you are going to attack, choose the best army for you! After a few attacks with this strategy, you will find it is not hard to choose your own army composition. Basically, get more Wizards If the Double Giant Bomb is placed deep inside the base.

The composition below is the one I usually use and it works pretty well with most bases.

Some idea to arrange the number of troops:

As i said, GoHogs works fine with most Town Hall 8 bases but it is still recommend that you should attack bases with low-leveled defenses, bases with key defenses not in the core, base with large compartments,…Here are some examples of bases which you can attack: 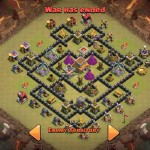 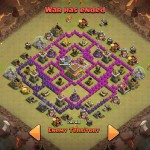 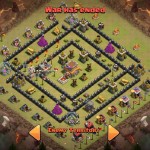 I posted an in-depth guide about this before. You may want to take a look at here for more details.

Where should I start attacking?

Attack from the side which helps your Kill Squad:

Firstly, always try to lure the Clan troops. If you find it hard to lure them out, here are some suggestions for you:

After luring, the next job is removing them from the map. The best way is pulling them to the side which you want to attack from. Deploy your Golem as a tanker, then drop your Wizards and the Poison Spell quickly to remove the Clan troops and create a funnel for your King to go into the base. Place the rest of your Barch and Wizards. 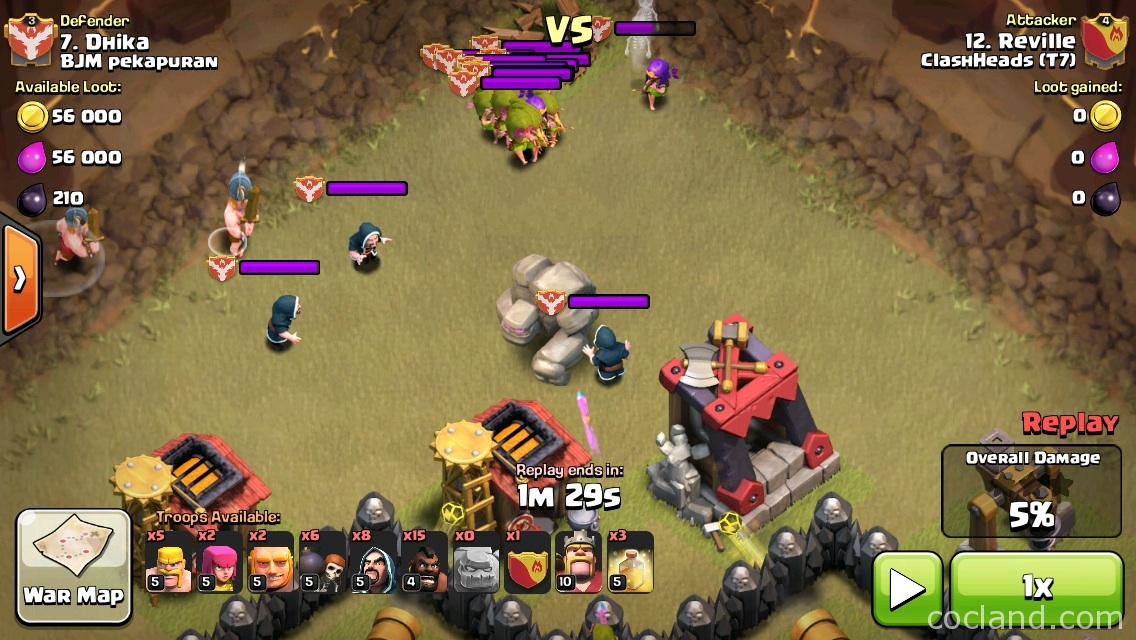 After dealing with all those Clan troops, your Wizards will create a proper funnel. Deploy your Wall Breakers at the area where the Wizards Towers and Mortars are not shooting your Golems. Once the walls have fallen, your Golems will go into the base. After this, send your King into the war. He can goes straight ahead into the base because of the funnel that you have created with Wizards. Use his skill If his health bar goes to yellow. 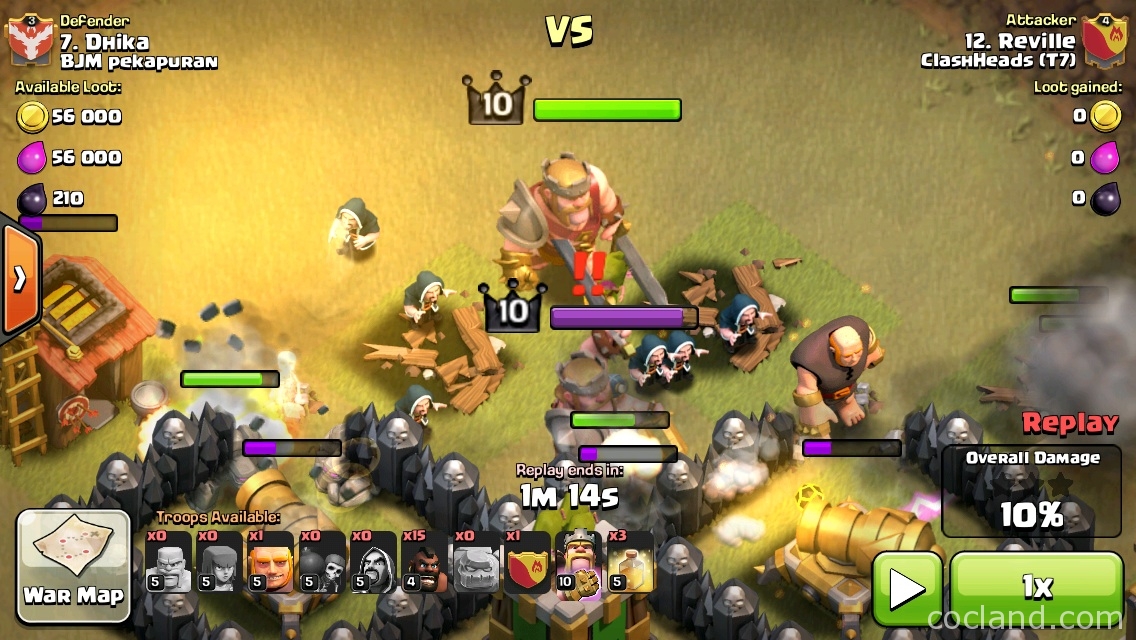 While your Golems and Barbarian King are getting hit by nearby defensive buildings, send 1-2 Giants to the area that they can soak up the most damage. While the Giants are taking damage, send 1-4 Hog Riders for every defensive building which is hitting the Giants. Once they are down, your Hogs will keep moving to another compartment. Repeat this step for all sides until they are all destroyed. It is a good idea do deploy your Hogs in a clockwise so they can be gathered together. Don’t forget to use your Healing Spells wisely. 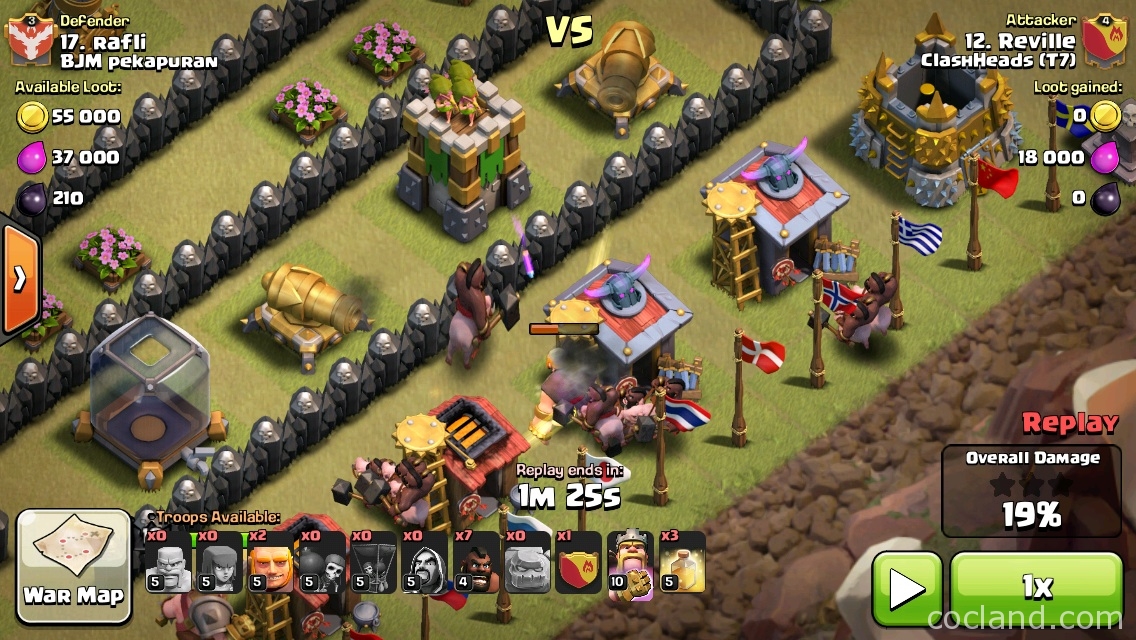 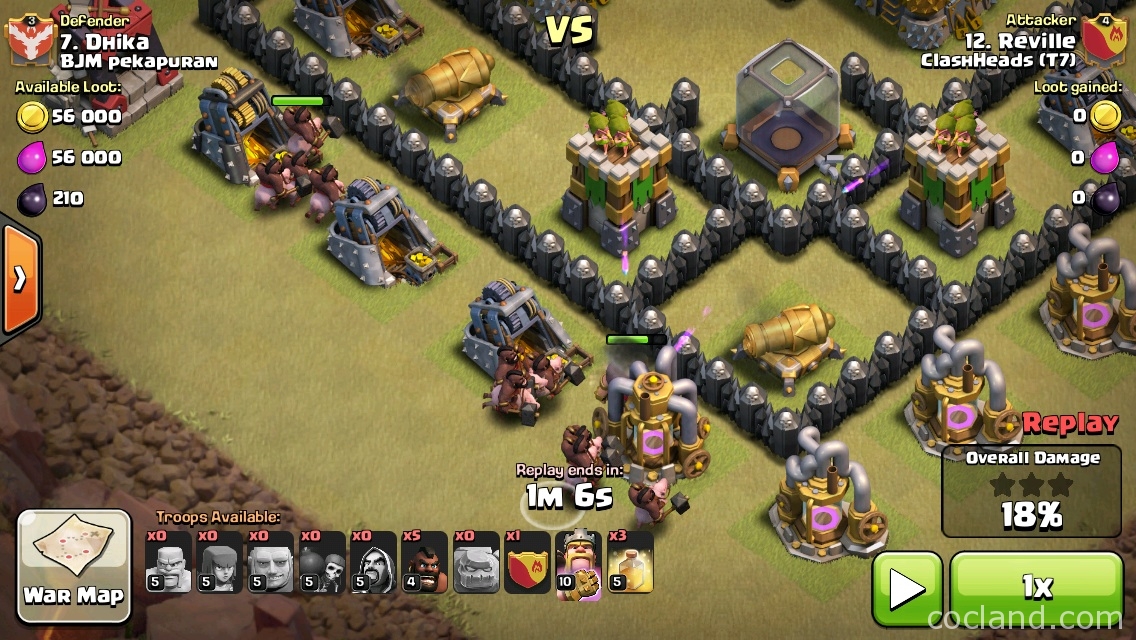 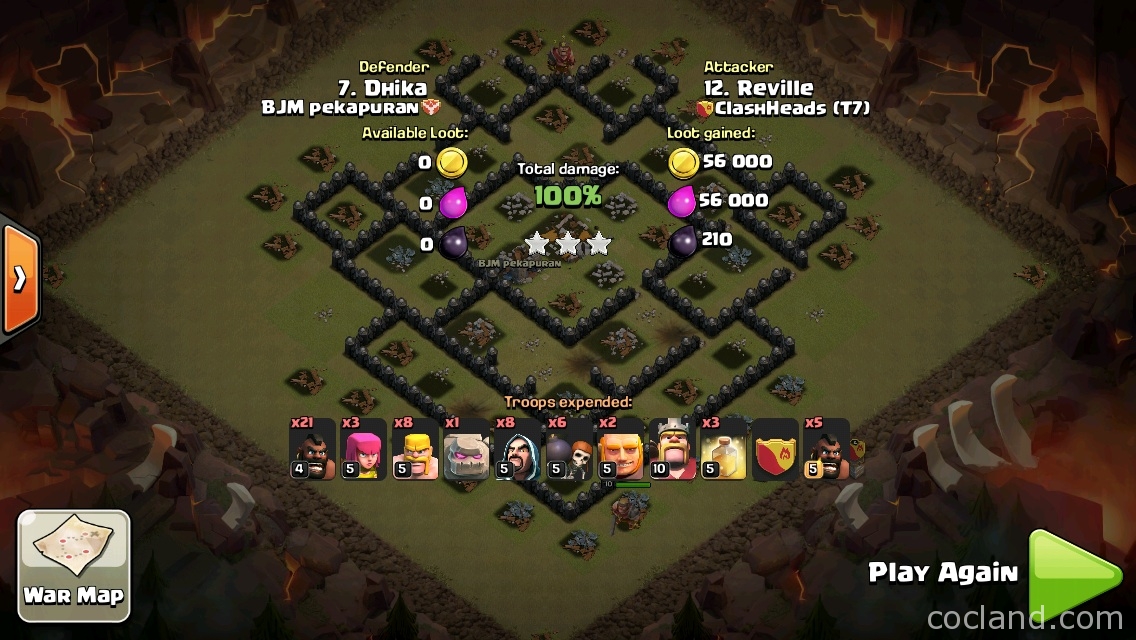 How to heal your Hogs properly

I also posted another guide about using the Healing Spell properly for GoHo attacks, you will want to take a look at here.

Bump! Easy 3 stars for you Clan!

This guide is inspired from Reville. I hope with this detailed GoHogs Attack Strategy guide, you can bring a lot of more stars for your Clans and also improve your deploying skills in Clash of Clans. If you have any question, don’t hesitate to ask me!