Hey guys, especially Town Hall 8 fellows. It has been a long time to see a new strategy guide for Town Hall 8 right? Today I am going to show you a pretty easy-to-use strategy called HoLo, a combination of Balloons and Hog Riders.

A big thanks to Rob P from Holder Clash for giving me the ideas to complete this guide. 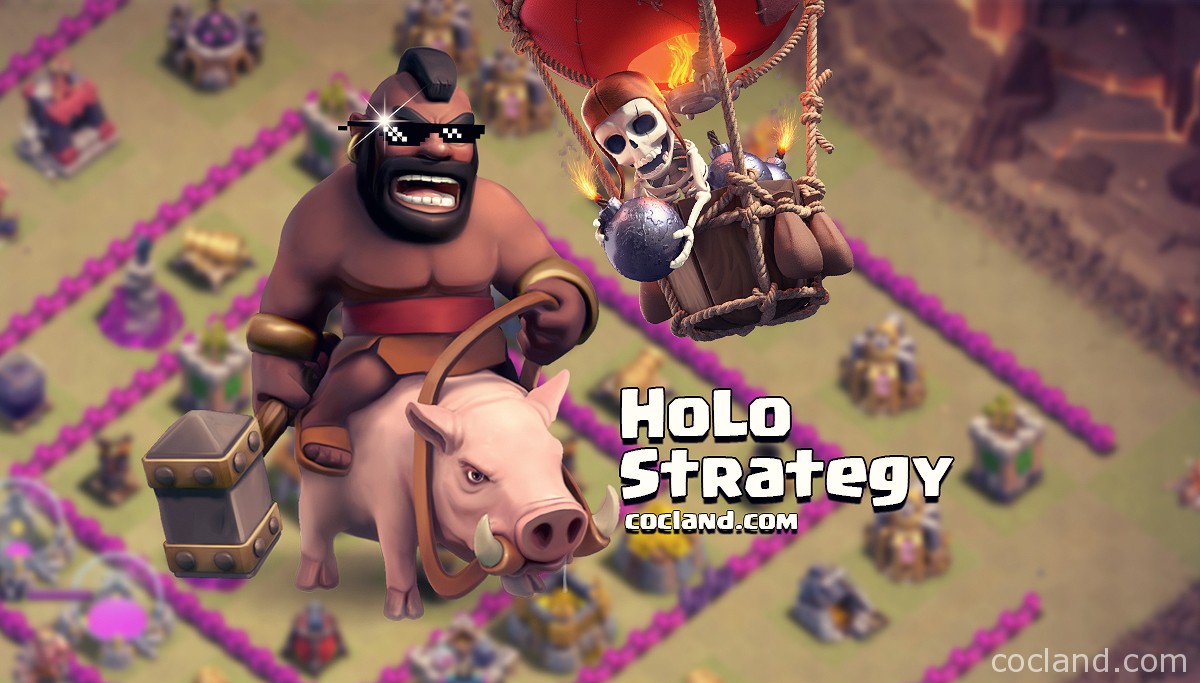 Your HoLo army can easily crush the enemy bases If you know how to identify the correct base to attack with this strategy. HoLo is definitely not a strategy you can use with every base layout.

Depending on the enemy base, you can device which type of HoLo should be used. There are 2 types of HoLo attack in game are Traditional HoLo and Reverse HoLo:

You can see more details in this video:

Based on the enemy base and your attack style, you can adjust the number of each troop. Normally I’d like to use this HoLo army composition at Town Hall 8:

How to HoLo at Town Hall 8

Regardless of your attack strategies, If you want to use Hogs, you always need to kill the enemy Clan troops at first. With the emergence of Poison Spell, nowadays we just can see Dragon and Balloons in the defensive Clan Castle.

With just couples of Barbarians, Wizards and some easy deployments, you can easily take them down: 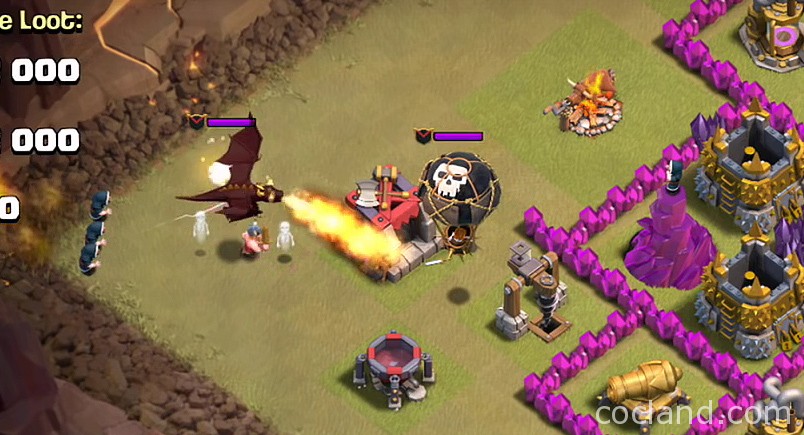 Why don’t use Archers in stead of Barbarians?

Because of the Wizard and Archer attack range, the Dragon may target your Wizards in stead of Archers.

Below is the featured type of base you can easily crush with Traditional HoLo: Air Defenses are very centralized and most outside buildings are not covered by Air Defenses. 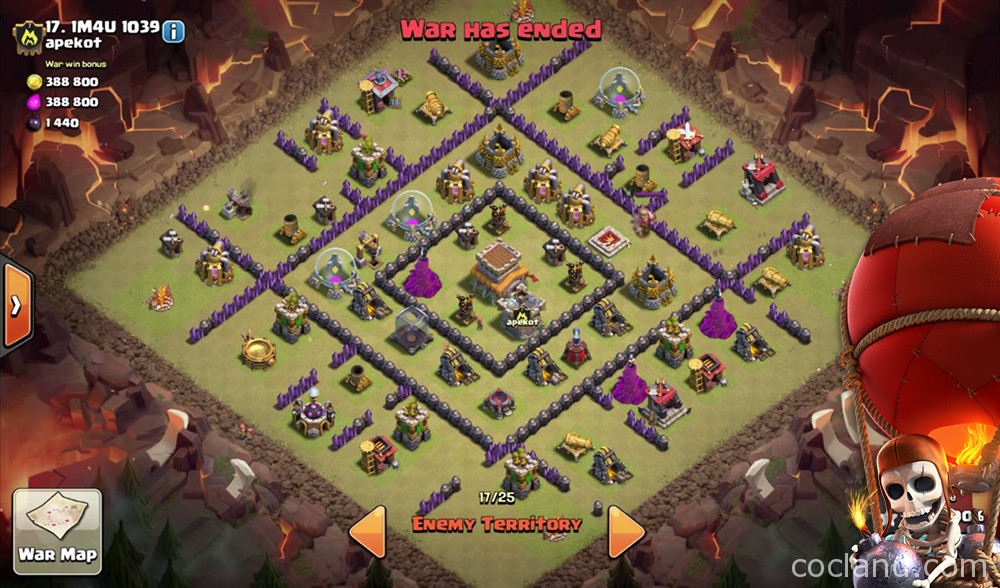 As discussed above, we are going to use Balloons before Hog Riders.

By simultaneously sending Balloons, we can quickly overwhelm all outside defenses:

We can see how amazing Balloons is at the screenshot above.

Small note: If the Clan Castle is a bit far from the outer buildings and those defensive troops can’t affect your Balloons phase, you can kill them after the Balloons step.

Most outside defensive buildings get taken down and we still have a lot of Hog Riders + 3 Healing Spells. The job can’t be easier now. Just mass-send your Hogs Rider into the core and don’t forget to avoid open space where maybe have Double Giant Bomb.

Place your Barbarian King and your remaining Archer/Wizard on unprotected buildings for cleaning up the base. Boom! Easy 3 stars even with max Town Hall 8!

Here is a featured base that can be easily ravaged with Reverse HoLo, a pretty popular base: 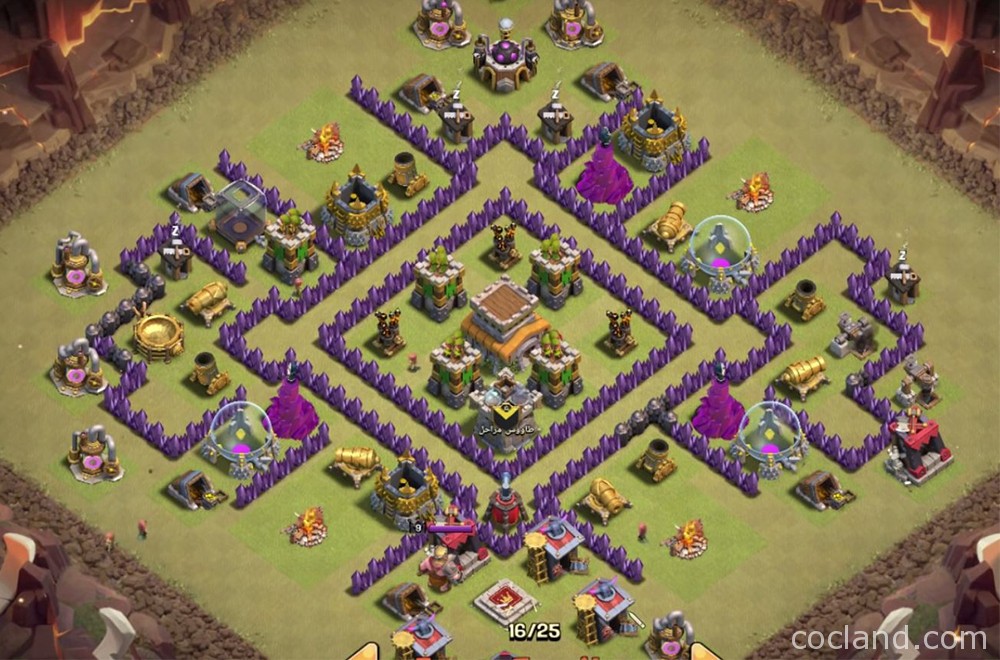 We can’t use the Traditional HoLo strategy on this base because all outer buildings are protected by the core Air Defenses. There is no point at all If we use Balloons without taking down those annoying Air Defenses, they can easily 1-shot your Balloon.

Due to the Balloon’s movement Speed, It is not a good idea If we try to use Balloons to take down the Air Defense. Using Hog Riders is much easier and more effective. We are going to find out a way to send your Hogs into the core. 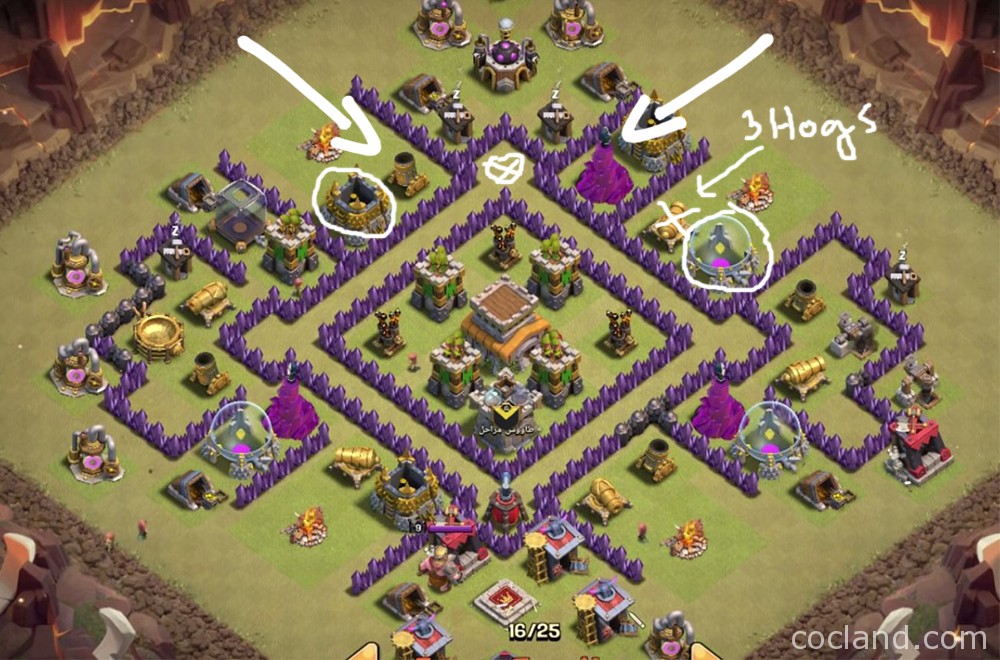 To make sure that our Hogs can focus on the job, I will use 3 Hogs to take down the top right Cannon and then mass-send Hog Riders into the core by holding 2 fingers next to the top Mortar and Wizard Tower. 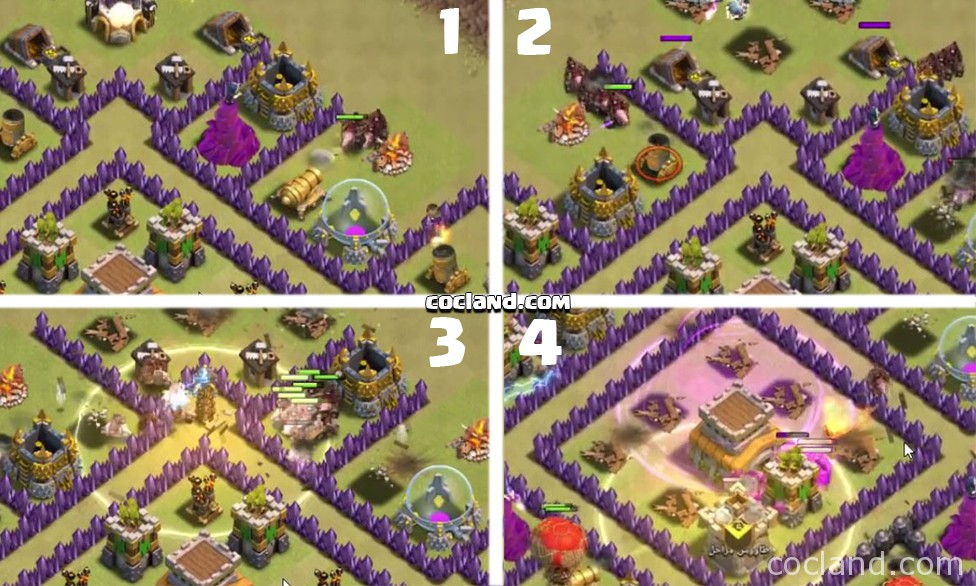 We all want to save your Hogs so it is not a bad idea at all If we start sending Balloons once your Hogs are in the core. It is not a big deal at all since your Hogs just need couples of seconds to take down all of those Air Defenses: 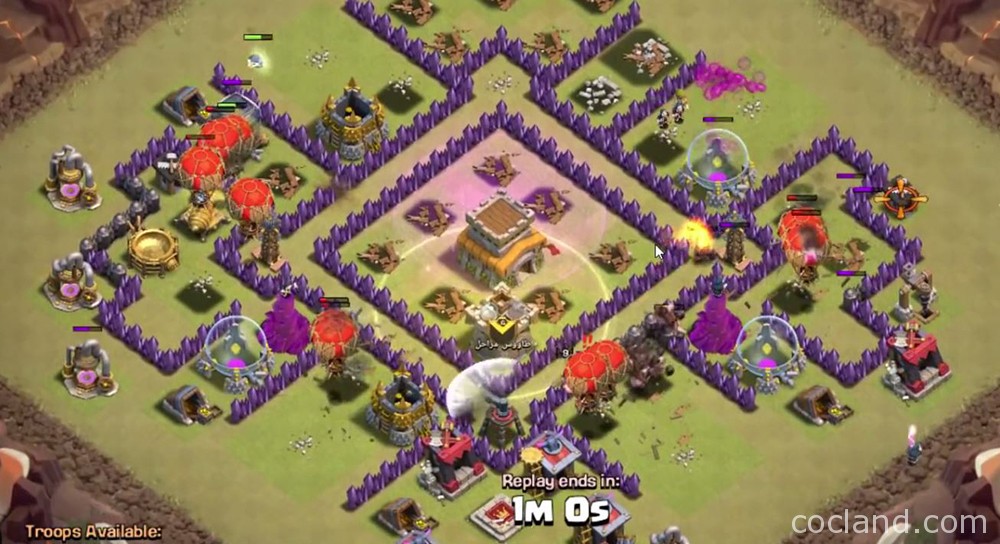 Once again, don’t forget to deploy your Barbarian King and remaining Wizards/Archers on unprotected buildings and spread them out to speed up the raid. A lot of players can’t get the final star just because of the slow Balloons.

Don’t hesitate to ask me any question! Keep practicing and you will see it is not hard at all to get 3 stars at Town Hall 8!