Welcome to episode one of Chucky’s TH9 clan war strategy guide where we will, over the coming weeks, collect together a large and vibrant library of 3 star clan war attacks by TH9s against other TH9s. In each episode, we will watch three of the best attacks from the latest Pyramidion Clan War and discuss the strategy behind them. Hopefully we will amass a large collection of different TH9 attacks and by the end of the series, be able to refer to an attack plan for almost any base.

Without further delay, let’s look at episode one and what we have in store for the first video. In depth analysis will follow each attack below the video. 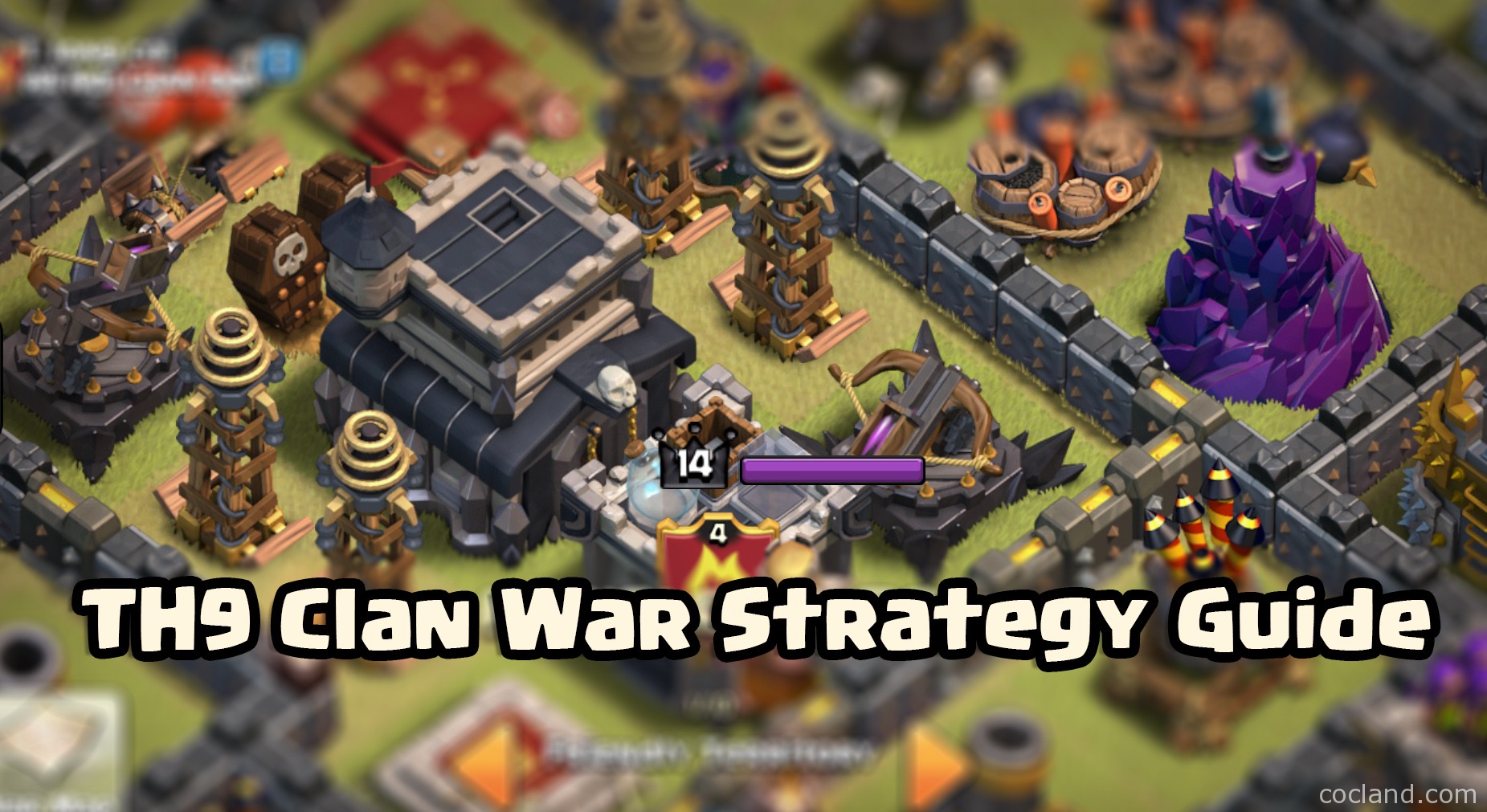 Penta LavaLoon consists of using 5 Lava Hounds supported by loons. Usually there are no or very few other troops such as minions due to the large amount of space (150) taken up by the Lava Hounds. In the attack on the video above we see a slightly gung-ho approach where the attacker releases pretty much everything at once. Whilst this might look clumsy, it is almost always going to work on a TH9. Look at the image below: 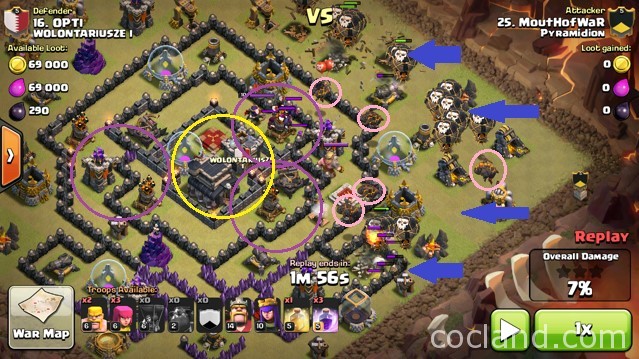 With 5 Lava Hounds to soak up all traps, and loons released behind them over a significant quarter of the base, there is plenty of time for damage to occur whilst still having tanks to soak up the damage. You can see the positioning of the first two rage spells will send the loons flying over the anti-air and into the centre where they will be nicely healed by the heal spell. At this point, you can expect at least 2 or 3 Lava Hounds to have popped and the Lava Pups will be going to work on the outskirts of the base for you.

This method of spread attack is very difficult to combat at TH9 simply because 5 Lava Hounds can stay alive for such a long time.

For a more in depth guide to Penta LavaLoon attacks please see the video below:

The Logowiwi is a favourite skilled attack of the TH9 because with the aid of some precise back-end loons, the base gets surrounded and the defenses taken out with the Gowiwi only being required to reach the middle. However, the Gowiwi is still extremely important and the image below illustrates exactly how it should be released.

There needs to be 2/3 Golems spread along one whole side of the base so that they can tank for the wizards which should be evenly spread behind the Golems as the picture shows. Behind them the witches can supply multiple skeletons with no fear of being killed themselves.

The two red arrows represent the heroes which will be released once the side buildings have been taken out by the wizards and witches so that they go straight to the middle of the base where the TH is. This should be aided by a jump spell and a rage and they will very quickly clean out the base centre whilst hopefully the Golems will still be tanking.

Once the center has been cleared, the back end loons should be released, precisely targeting the defensive structures on the far side. Only two loons are needed per structure. Ideally the Air Defenses will have been taken down already and the other defenses will still be focused on the middle of the base so that the loons can do their damage almost unnoticed.

The Quattro LavaLoonion is as effective as the Penta but can afford to utilise some minion use as well. If minions are released immediately behind the loons they can seriously aid in taking down buildings and defenses alike. Quattro is often used at TH10 but the attack in episode one shows a new TH9 attacking another relatively new TH9 using this method. The attack itself is excellent but the lure fails dramatically and the reason for this is… *drum roll* – the Air Sweeper! That’s right, the Air Sweeper works and is effective! In the image below you can see how the attacker attempts to lure the enemy CC in front of the Air Sweeper and get rebuffed very quickly. Hogs would have been a wiser choice here as the Loons are simply destroyed before they can get anywhere. 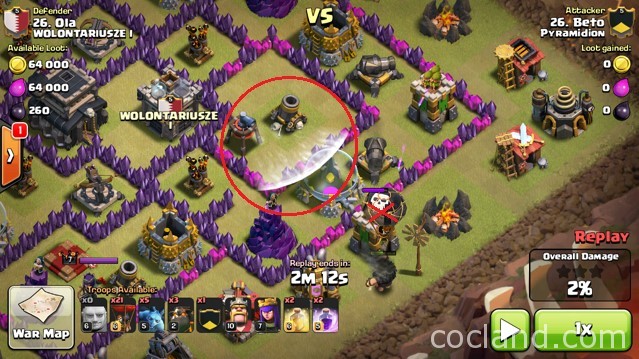 The attacker, to his credit, rectifies the mistake and ends up completely destroying the base and having many loons left over at the end of the attack. Just remember though, if you do decide to lure, it is imperative that you get it right – in this case he was a little bit lucky but on a tougher base, the failed lure might have meant disaster for the attack.

For a guide on using Quattro LavaLoonion please see the below video:

So that sums up episode one of the TH9 Clan War strategy guide. I hope you’ve found this guide useful and feel free to ask me any questions in the comments. As always I’m hugely grateful for any support that you guys can give me in the form of likes/shares etc. on my videos and most of all if you liked this guide and the videos in it, please do SUBSCRIBE to my channel by clicking the button below. Episode two will be coming up shortly…