That’s right, the new hotness, Golava and Shattered Lavaloonion attacks! I’m Clash Without Gemming, and in this thread we will learn how to use them. This strategy is for town hall 9s and 10s. First lets go over how to use the Golava Strategy. 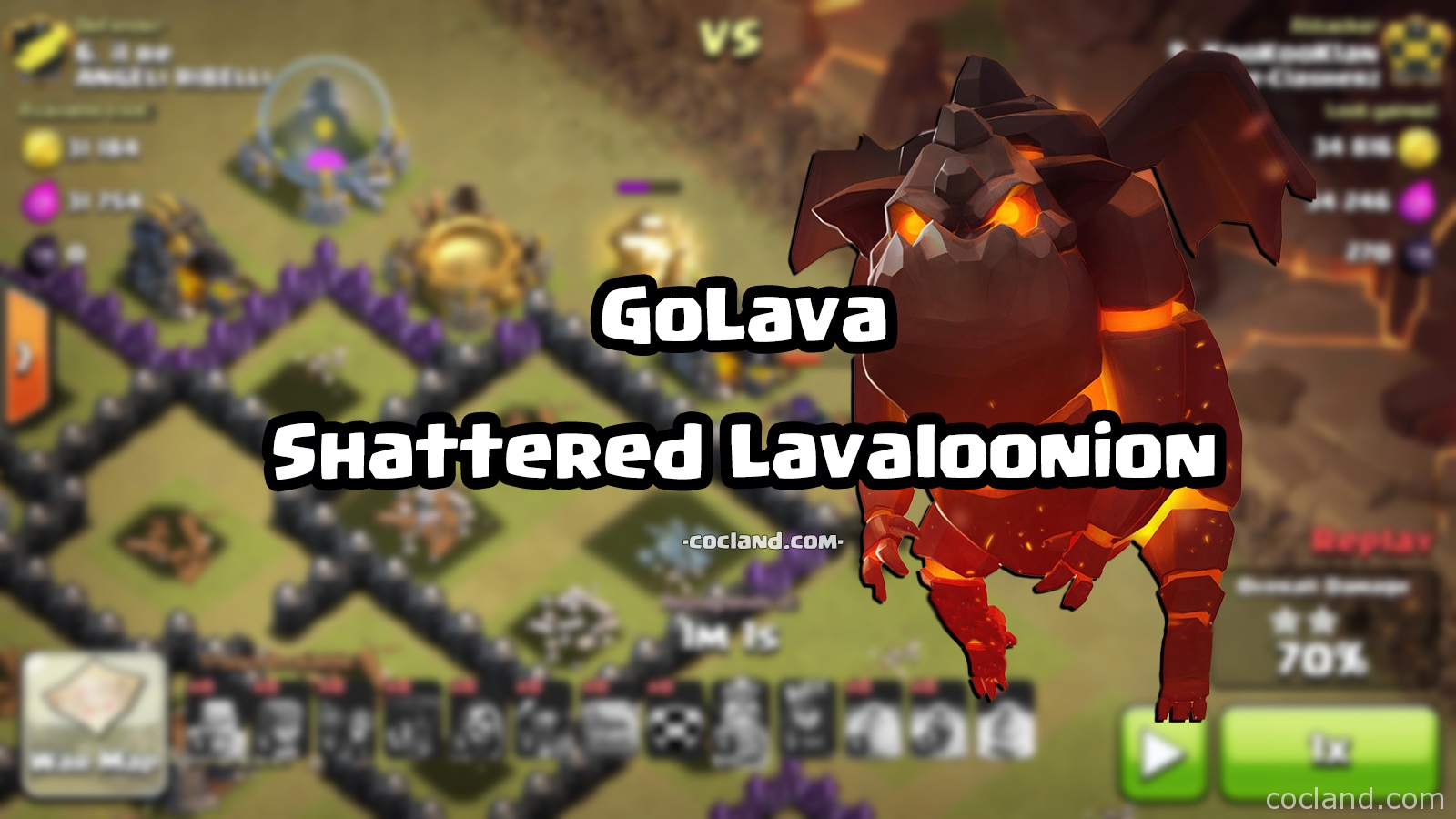 What Troops you need for Golava Strategy:

What spells you need: 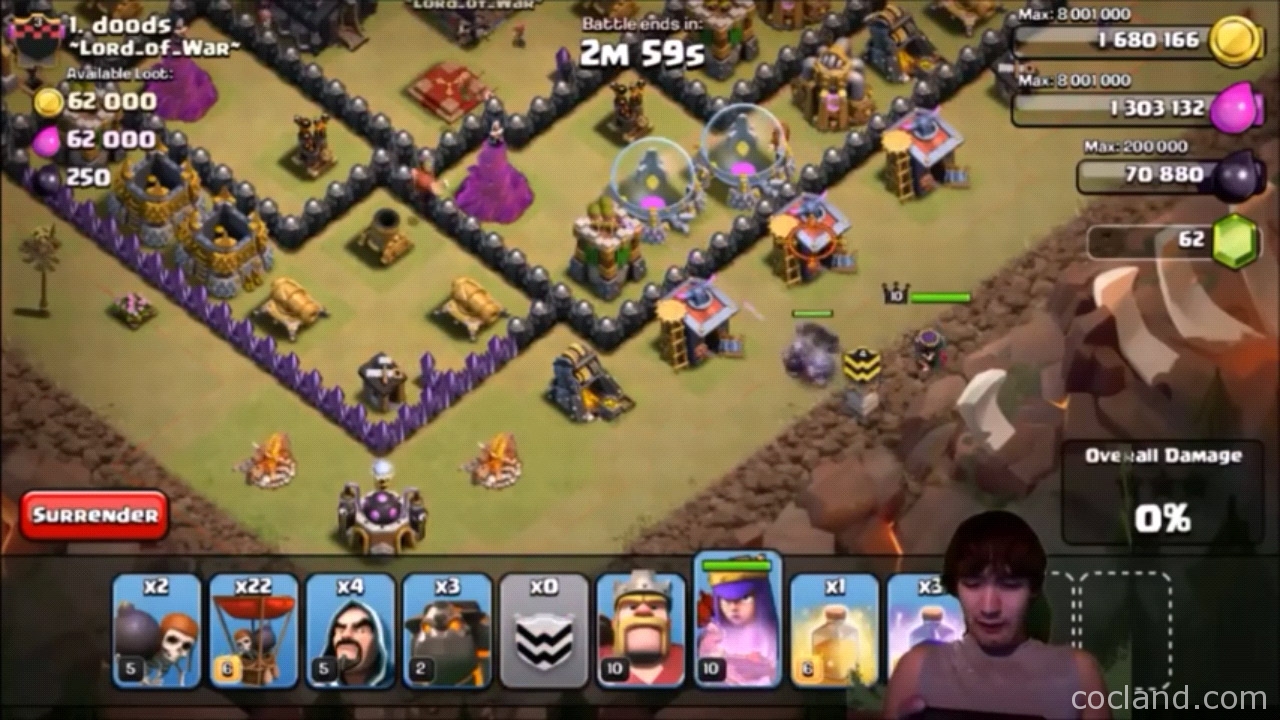 This attack is a 2 stage attack: Ground raid then air raid.

Goal of Air Raid: Sweep the base

This video covers how to use the strategy effectively  (watch at 1:20)

As you can see, you pick the side where the air defense and queen is closest, deploy your Golem, then archer queen behind. Then spread out your wizards, and drop the Wall Breakers, make sure to time them so the mortar won’t take them out. Once the wizards destroy the surrounding structures, drop the Barbarian King so he goes towards the center of the base. Once the clan castle gets activated and approached your troops, activate the kinds ability to take them out.

Once the Enemy queen, air defense, and enemy clan castle troops go down, it is time for the air raid. Drop each lava hound on an air defense, then drop the balloons in packs of 2-4 on the defenses that are being distracted by the lava hounds. Once the balloons get close to the air defenses, drop a rage spell. (You have 3 rage spells for each air defense). After the balloons use the rage spells, they should be grouping around the center, now would be a good time to use the heal spell. The Lava Pups should be able to clean up the base.

Other videos that include Golava

Mastered Golava? Now may be a good time to test your skills with Shattered Lavaloonion. It is similar, but has a few differences.

What Troops you need:

What spells you need: 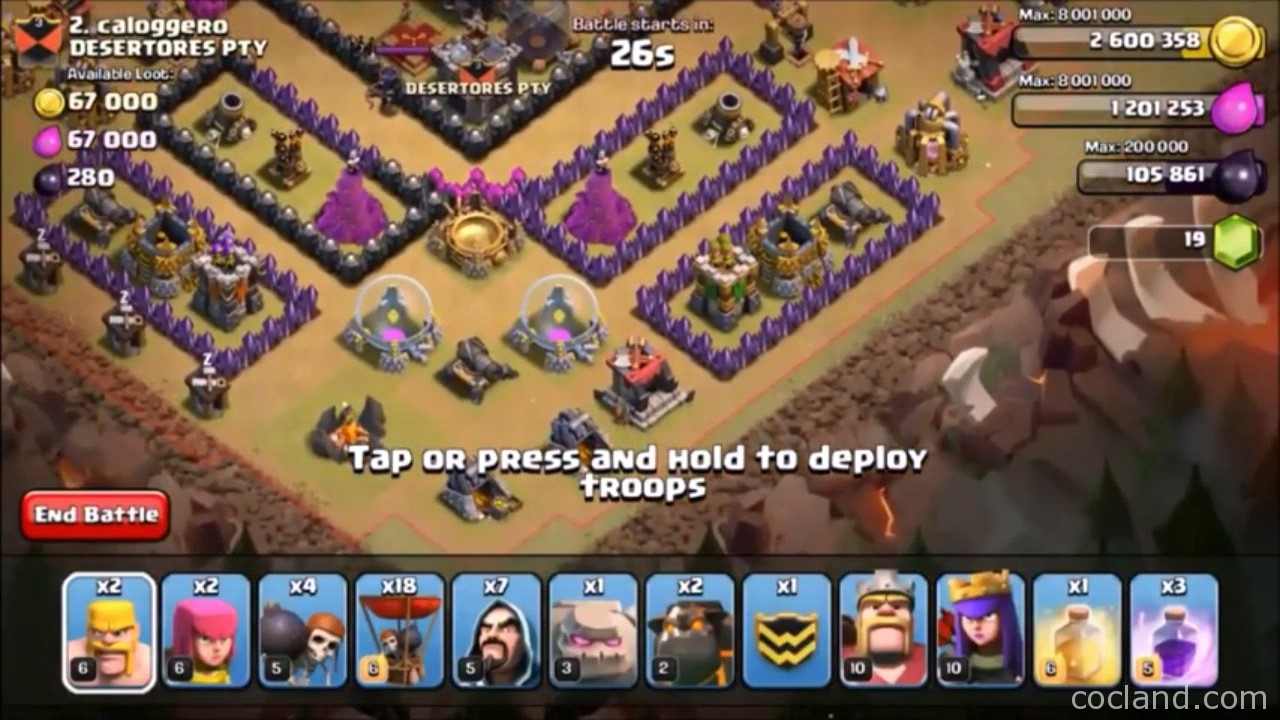 In this video you can you can see that I used one of the “exceptions” which was using the heal spell in the ground raid. Raids don’t always go to plan, so be ready to react quickly!

For Town Hall 10s : Use freeze spells on inferno towers when balloons approach, or if a single target locks onto a lava hound. Try to freeze as many air targeting buildings as possible!

Other Videos that Include Shattered Lavaloonion

Golava and Shattered Lavaloonion are one of the most complicated, yet effective strategies in the game. They will take practice, but they will pay off in the end!