As we all know, to bring our main army, kill squad, into play, we need to have a deliberate funneling by using Wall Breakers. I can see that lots of players don’t know how to use Wall Breakers (WBs) efficiently at starting of the raid…

Of course you can use either Earthquake Spells or Jump Spell for creating funnel but If you don’t use them to get inside the core, that’s a waste! Do it right from starting and you will have enough troops and spells for the rest of the base. Don’t limit you at just 2 stars!

Thing you should avoid 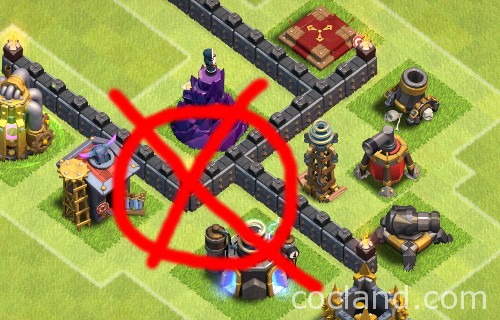 To have the most efficient manner, you need to choose a right place to start your raid, the best place for entering the base.

The screenshot above shows you a popular bad idea when using Wall Breakers. If you place your WBs there, you just can open the Wizard Tower’s compartment. Your troops will need to break the walls inside manually for getting into the core. Avoid using your WBs like this. Look around and find other side for opening the raid.

Opening with your kill squad

Of course you don’t want to send your poor little Wall Breakers there due to those dangerous defenses. We all know how WBs hate Mortars and Wizard Towers. Moreover, there is also a Hidden Tesla that you don’t know about there, which is always ready to rip your Wall Breakers.

But If you can open this junction, and kill the enemy Queen you will have a big advantage. Your remaining army can destroy the rest of the base easily. And this will even be much more helpful If you are playing with Hogs or Balloons. 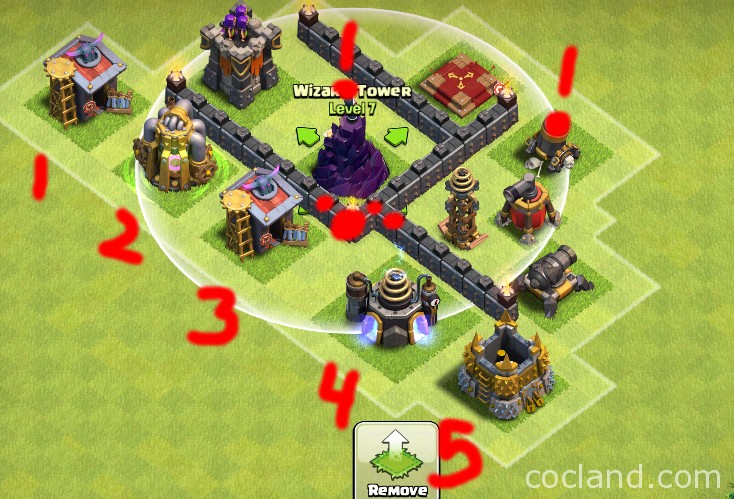 Note: Look clearly at the red dot points, this is totally different than the first screenshot

Don’t mass-send your Wall Breakers because they can be wiped out anyway by those defenses, even If you are an elite player. Don’t dose!
To break inside and get the Queen, just use a small squad which consist of 2

If you can send your Wall Breakers to the big red dot like in the screenshot above, you can also open every small red dot nearby.

The Barrack #3 works perfectly as a linchpin for the whole beginning step. I have seen lots of attacks had ended before it really started, just because of destroying that key Barrack!
You can use 1 Golem If there are not splash damage defenses there and it also depends of your strategies.

Players also like starting the raid from the relatively unprotected side, where the Wall Breakers can do the job easily. But If you find another function which can open more compartments and for killing the Archer Queen easier, just go with it instead.

Thanks theelement6 for these great tips!