Undoubtedly, Giants Bombs are one of the most effective traps in Clash of Clans but do you know how to place them correctly? From Town Hall 7, Giants Bombs are much used for dealing with Hog Riders as the combo Double Giant Bomb (DGB). Perfect DGB placements are always the key to win the battle against any Hog Riders based attack.

Thanks MistyDawneMistyDawne for sharing these great ideas.

How to use Double Giant Bomb correctly

The only way a set of DGB is guaranteed to destroy the Hog Riders that run through them is if and only if both Giant Bombs trigger on the same pack of Hogs at the same time.

A correct setup of DGB with regards to nearby buildings and the location of the DGB: 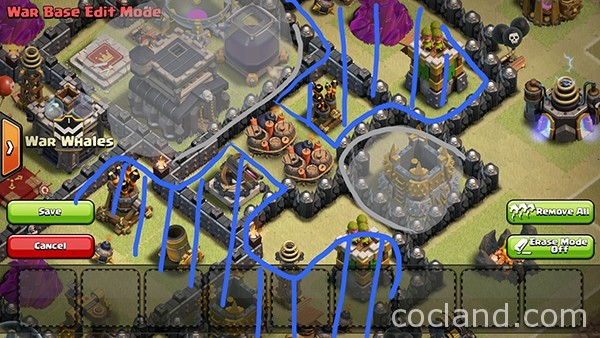 This is the first notice: DGB will not be triggered simultaneously if Hog Riders are sent in the direction of the black arrow. The set can be easily dismantled by a single hog. 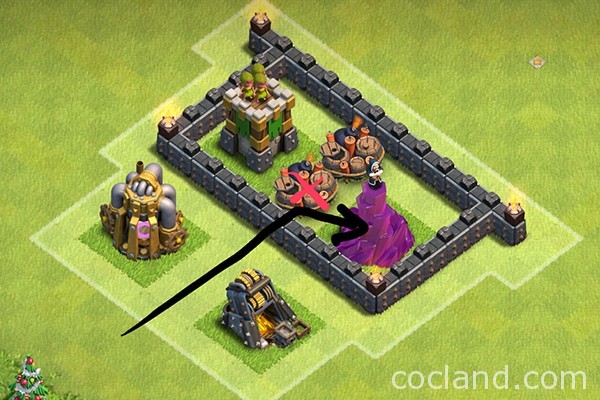 The #2 notice: Defense set up near DGB can cause Hogs to split and Giant Bombs will not be triggered simultaneously. We have 2 decent samples below: 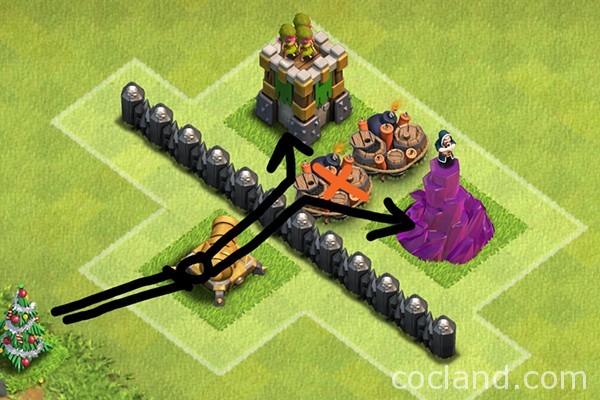 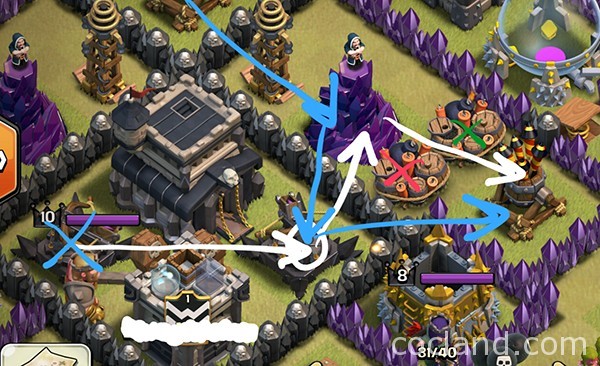 As you can see in the screenshot above, Hog Riders will follow either the blue path or the while path through the defenses. 2 Giant Bombs can’t not be triggered simultaneously.

Here is another example: 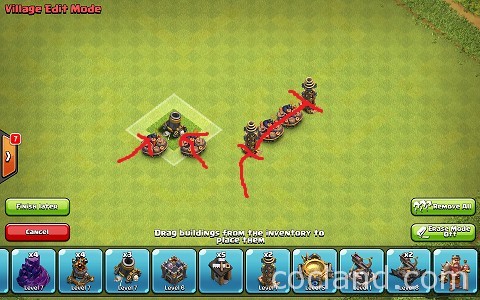 The enemy Hog Riders will follow the red paths in both the setups:

Another tips for you:

Do you have any other tips about Giant Bombs want to share with Clashers here?