P.E.K.K.A’s Playhouse is the 49th stage of the Single Player Campaign in Clash of Clans. Because there are a lot of high level defense buildings in this stage, almost players decide to attack this stage when they have at least level 6 troops…

In this guide, I will show you how to pass the P.E.K.K.A’s Playhouse with just Town Hall 7 troops easily. There are no Dragons, Balloons or any Dark Troops.

This is the base with hidden traps so you can see how the them works easier: 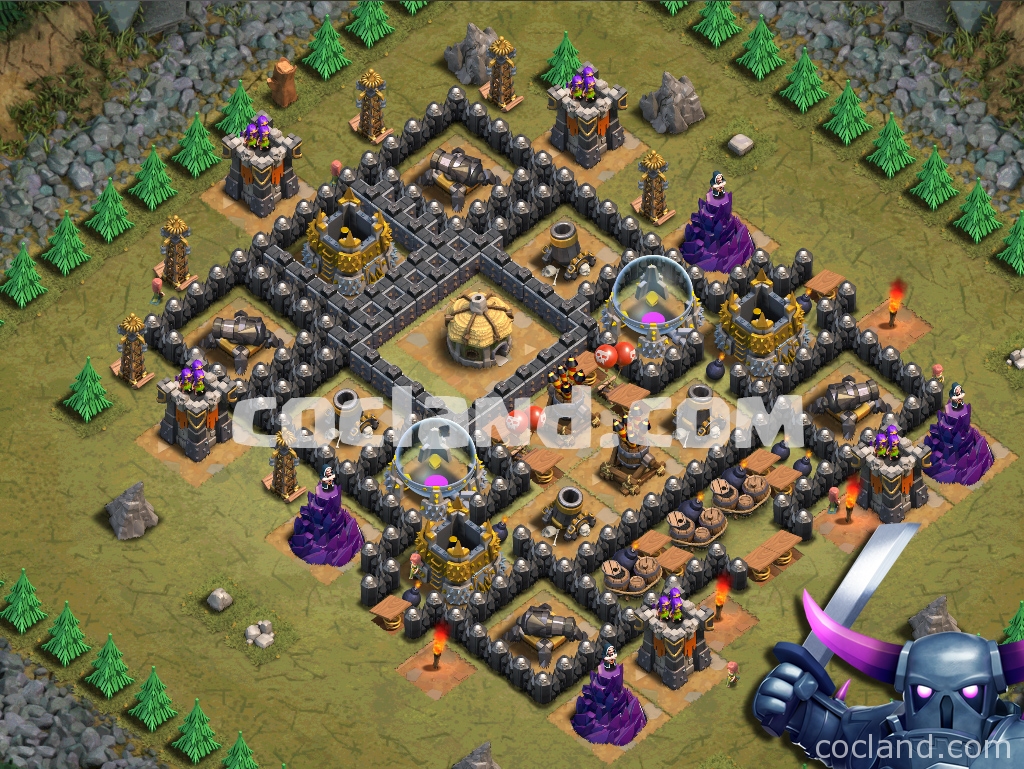 Here is the list of troops which I use for defeat the P.E.K.K.A’s Playhouse:

Just follow these simple steps. There is a video at the bottom of this guide for you guys to follow it easier.

And here is the detailed video from Sean Payne for you guys so you can follow the guide easier:

After finishing the P.E.K.K.A’s playhouse, it’s time to Defeat the Sherbet Towers with TH7 troops!