Protect your Walls with Small Bombs | Clash of Clans Land

Are you disappointed with the Small Bombs in Clash of Clans because they can’t even kill a small Archer? How are you using them? 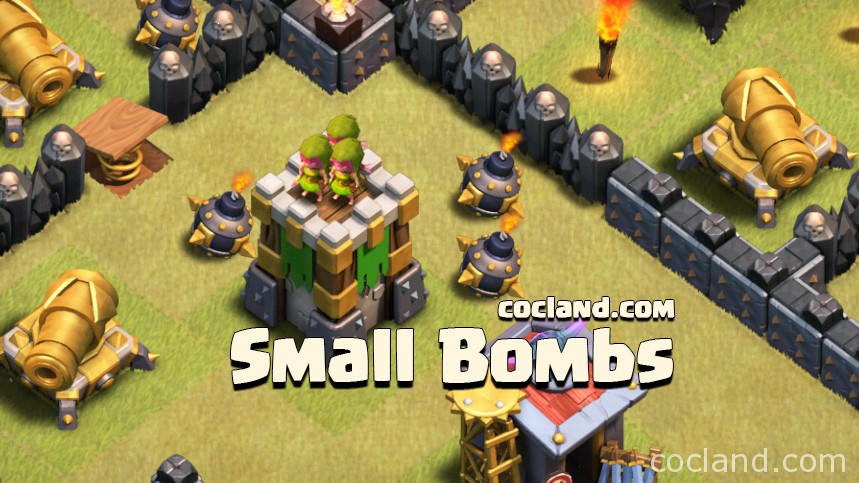 I can see that players use the Small Bombs in many ways:

I watched plenty of videos and read guides but didn’t ever hear a single opinion about the Small Bomb. It is because most players don’t really care about it. But today morning, I read a great idea of clashmustard about using using the Small Bombs for dealing with Wall Breakers. I open the Barrack in game immediately and I just got a pleasant surprise that at Town Hall 9, we can kill a max Wall Breaker with just a max Small Bomb. We can use Small Bombs to protect our walls!

Basically this won’t work prior to Town Hall 9 If the attacker upgrade his Wall Breakers as usual. But If Wall Breakers come across 2 maxed Small Bombs, the Giant Bombs will always wins head-to-head. Let’s take a closer look at the table below:

From the chart above, we can see that we can have the opportunity to kill a Wall Breaker with just a Small Bomb. You can use double Small Bomb at earlier Town Hall levels to ruin the enemy Wall Breakers. Sending Wall Breakers is always one of the most important steps of all ground attacks. By having up to 6 opportunities to stop the Wall Breakers, you can send the attackers indo an irrecoverable death spiral.

Now let’s identify the sides of your base which usually get hit from and place Small Bombs there, between some buildings and near the corner wall segments that the enemy Wall Breakers are going to destroy. The small bomb has a 1.5s delay before it detonates. Placing the Small Bomb 1 tile off the wall is pretty nice because it has a 3 tile radius so it still can kill the Wall Breakers when they stop before the walls.

Here is a great example from clashmustard: 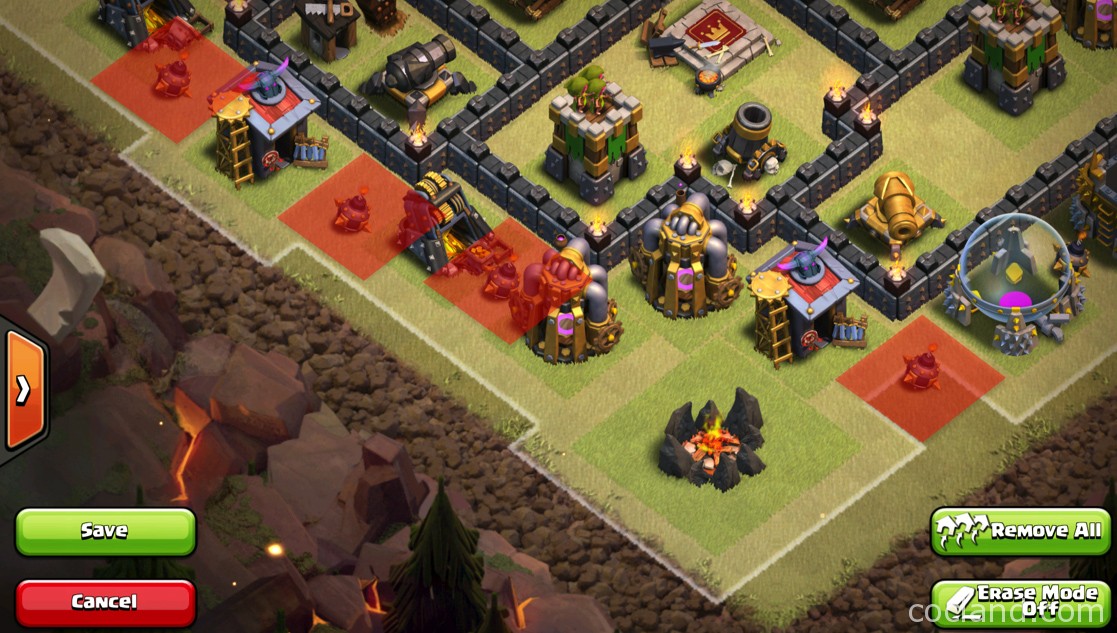 Finally I have found an useful use for the Small Bomb in Clash of Clans. I am testing this with my current Clan War and It was successful to stop a couple of Wall Breakers this morning, the attacker was forced to use the Jump Spell because he didn’t want to spend too much time on those walls and of course that was a 1 star attack. I am very happy with this tip now.