Although we have a specific page for this Clash of Clans September 2015 update on CoC Land but I still want to post this individual page for discussing about the new changes of Freeze, Lightning, Earthquake and Poison Spells in this update. 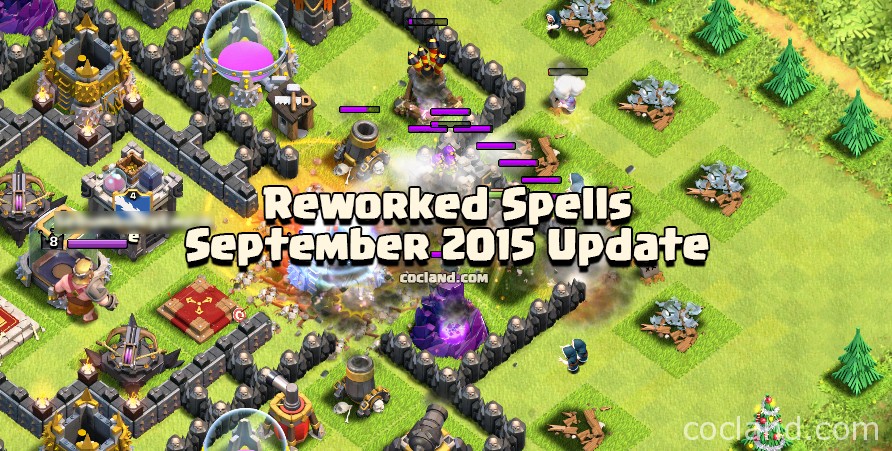 Things you need to know about Reworked Spells

Do you like this new update? How does it affect your current attack strategies?