Hey guys, it’s Ash and this will be my guide on how to get to Titan League fast. This guide is for TH10 players, but is also viable for TH9 trophy pushers as well who can use it to easily get to Champions. It’s a very fast and efficient method that is very fast to train and very fast to get lots of trophies compared to other methods people commonly use. 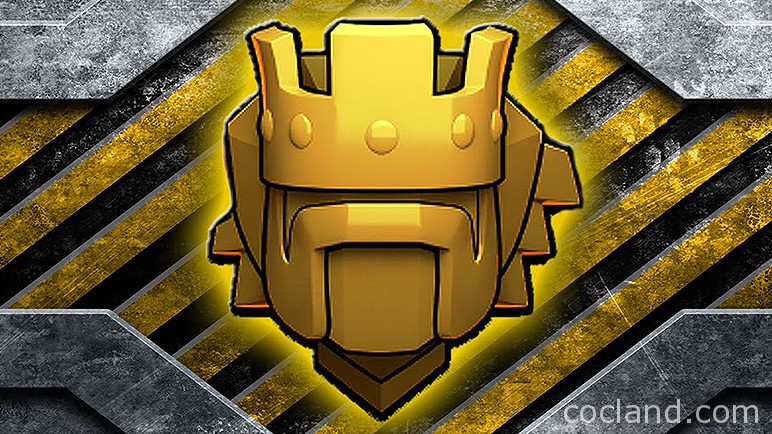 I used this method to get to Titan from Masters 3 in about 6 days on my first serious trophy push attempt. If you would like to see some of my biggest raids with this composition, then check out my Road to Titan League Series. It’s a very easy, efficient, and fun method of trophy pushing. It’s also very friendly in terms of the resource cost to make the army, so you’ll not only be doing tons of raids quickly and get lots of trophies, but also make loads of resource because of the very benign loot bonus at higher leagues. 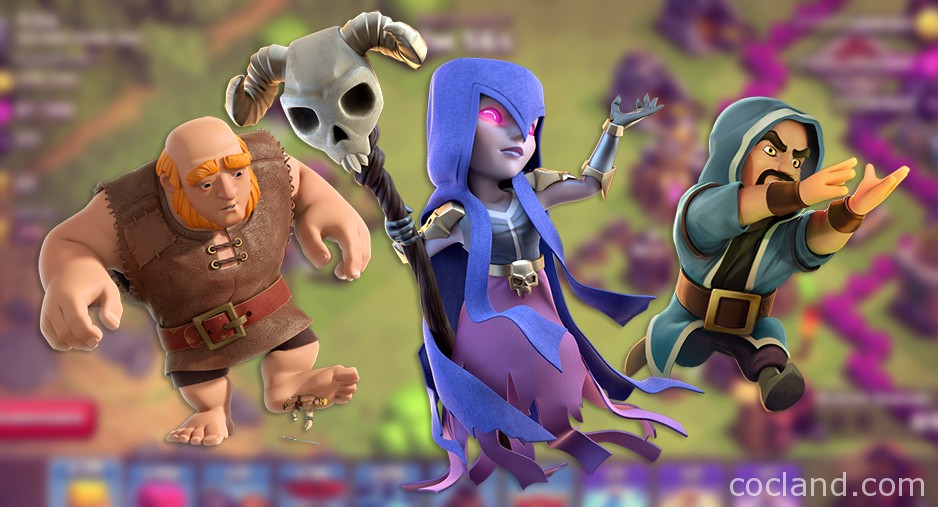 The method we’ll be using is composed of mainly Giants, Wizards, and a couple of Witches. So it’s a very cheap and efficient 2 star Trophy Push composition. While if someone was to use an even cheaper method such as Barch, it will be very difficult to get anything more than 1 star and finding a base to 50% with Barch can be very time consuming. Not only that, Barch is neither time efficient nor effective as this composition because Barch not only heavily relies on your Heroes for 50%, it also heavily relies on 5 normal spell slots. While this composition with Giants will not only get you twice the amount of trophies every raid (2 starring maxed defense TH10 bases), but it is also very quick to train because you’ll only need 3 normal spells, while also utilizing your Dark Spells such as the Earthquake Spell for efficiency as it will only take 90 minutes to get your spells ready, or about 22 minutes if you boost. Don’t worry, even though the Dark Spells cost Dark Elixir to cook, you’re going to make tons more Dark Elixir than you spend.

How do I train this composition?

Well if you’re boosting, then I recommend boosting 2 barracks, both your spell factories.

If you’re not boosting your Barracks, then do:

This will give you 24x

and a bunch of

And obviously you will need both your

Archer Queen. Do not take any risks and attack without a full army and a full set of spells. However, you MUST must always be nexting. You should not wait for a full army to attack with it. But you must keep nexting! Why? Because you need to always be on the lookout for Town Halls that are placed outside bases so you can get free additional bonus trophies. This is very important if you wish to get to Titan fast.

Key differences between Giants and Golems

Now why should we use Giants, and not Golems?

Well there are many reasons. First and most important is that Golems are inefficient. They take too long to cook, especially since we also want to cook Witches with our Dark Barracks. And we can save a lot of Dark Elixir as well by not cooking Golems. So with Giants, we’re able to get a full army very quickly, which means that we can do more raids and wait less and get trophies faster.

Wait, so you’re telling me that 6 Giants that are worth the same camp space as 1 Golem is 6 times stronger and has about the same total HP as 1 Golem? Doesn’t that make Giants much better than Golems? Not really, that’s not how it works. 6 Giants aren’t really better than 1 Golem. The reason for this is, Giants die too quickly, especially a Spring Trap, which can take out 3 of your Giants instantly. So that would be a harsh blow, while a Spring Trap has no effect on a Golem. Not only that, the biggest reason why a Golem is better is because once a defense targets the Golem, that defense is locked on the Golem and can’t touch any of your other troops. While if a defense was locked on one of your Giants, then that Giant will die quickly and the defense may re-target and possibly target your Barbarian King or Archer Queen, which you really don’t want.

So yea, Golems are better and that’s why I transitioned to using Golems now in Titan 2 just because efficiency doesn’t matter anymore as it now takes me hours to find a base to attack. But this guide is to help you guys get to Titan, and you can actually find lots of bases to raid when pushing to Titan 3, compared to Titan 2. So that’s why you should use Giants.

Now just because Golems are better, doesn’t mean Giants aren’t good. In fact, Giants can be just as effective against Golems. Why? Because like I said, 6 Giants are about 6 times stronger than 1 Golem, so that means that a group of Giants can quickly eradicate a bunch of defenses in the way unlike Golem. And that’s what makes them so effective with this strategy. Which also takes advantage of Wizards and Witches. You have a whole set of powerhouse troops with lots of DPS. A typical GoWiPe composition is very bulky, but not really as powerful as a composition that utilizes Giants over Golems.

How many trophies to target?

Now this very important if you wish to get to Titan fast. You need to search for bases that will allow you to get lots of trophies by 2 starring them. The higher you go, the trophy offers and the rate of finding a base with a sufficient number of trophies decreases significantly. Your patience will be tested the higher you go. Aim for the following: 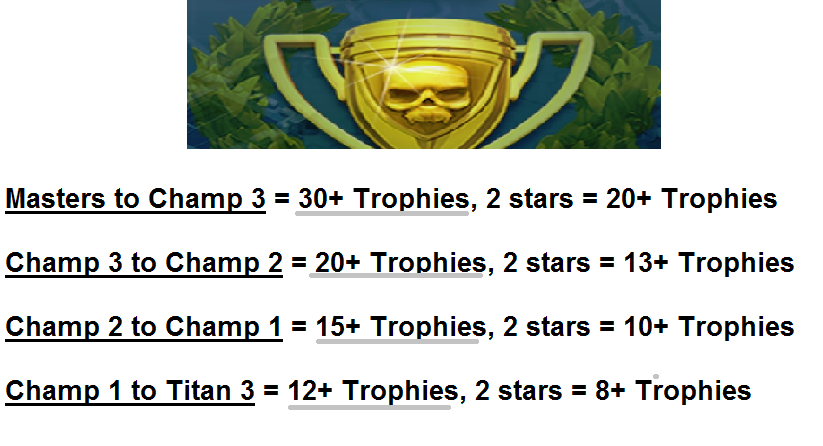 What bases to target? How do I know if it’s a tough base and if it’s an easy base?

This army composition will allow you to attack almost any base. However, there are bases that will be very difficult to beat with this composition. And these types of bases are bases that I like to call anti-Earthquake and anti-Giant.

Watch my Road to Titan League Series Episodes 3-5 to see the many great attacks I’ve done with this method. It’s much better to watch the video replays than me explaining in detail how to attack:

I have listed a bunch of bases used by the top trophy pushers of the game and noted the ones that are Anti-EQ and Anti-Giants, and the ones that you quite easily 2 star with with this method:

Base you can attack 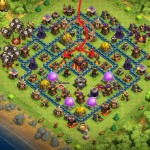 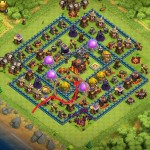 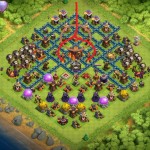 Base you should avoid 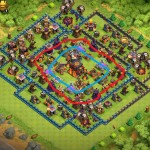 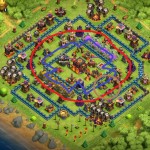 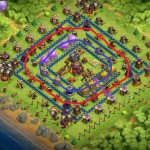 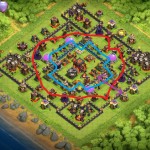