Giant Healer is definitely one of the most notable strategies and the very first powerful strategy in Clash of Clans. People use it a lot, for both farming and Clan Wars, at Town Hall 6 and 7.

The key of this strategy is to keep your Giants alive so they can take down as many defensive buildings as possible and all support troops behind them will be safe while working on normal structres. 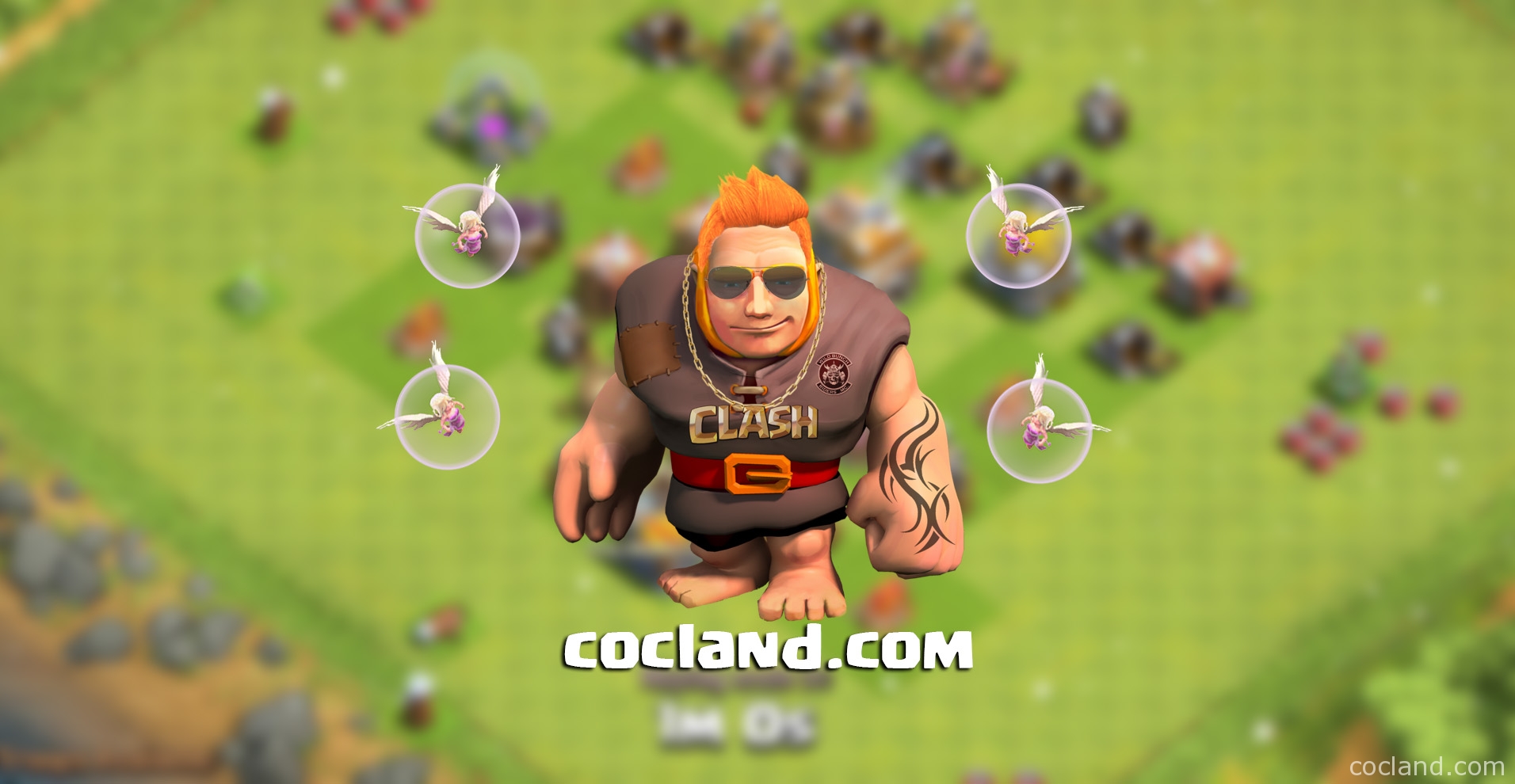 
Scouting: When attacking a base, you should lure the Clan troops to the corner and kill them first. If you are about to do a Clan War attack, after taking Clan troops out, drop your Archers next to the Builder Huts on the corner If there is any. Sometimes, people forget these Huts and just don’t have enough time to get that 100% win. Killing Clan troops is extremely important. Never forget to do this first!

Below is an example for you. I would spend my Giants for the left Air Defense and use my Hog Riders to destroy the top Air Defense. 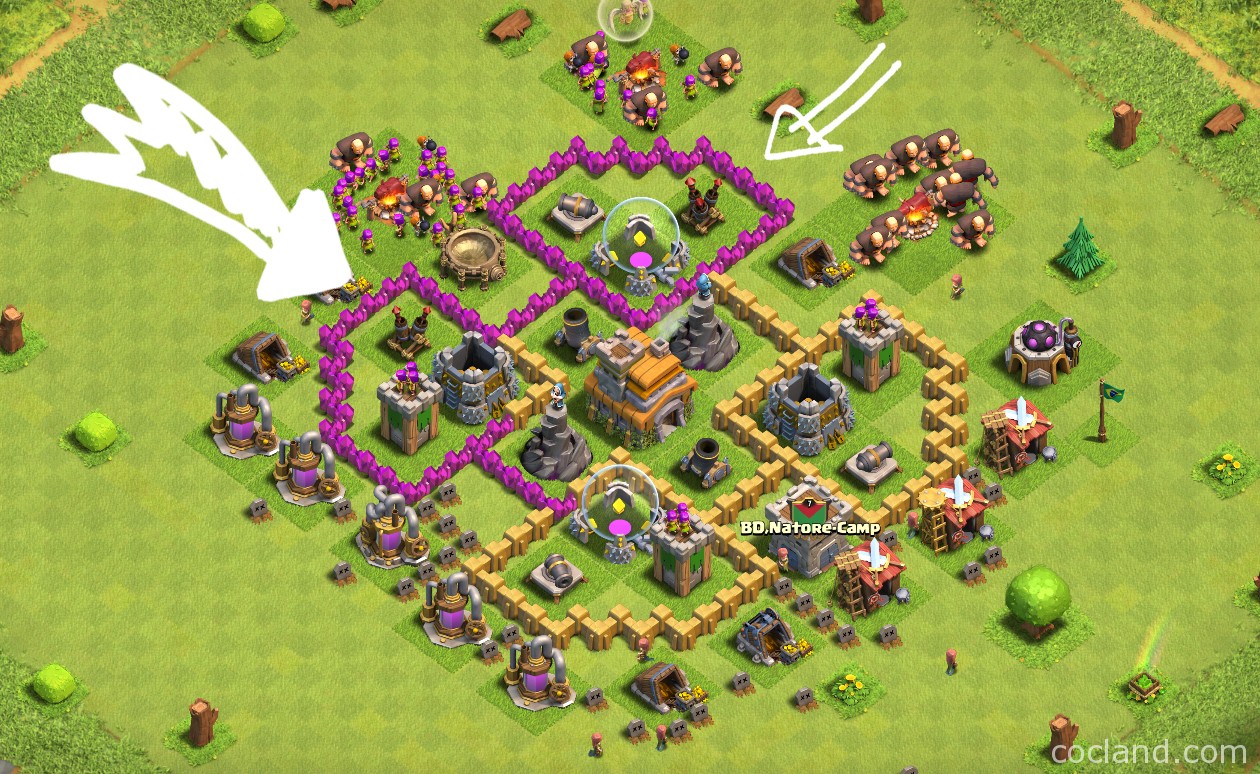 After that, It’s time to deploy your main army. Drop your Giants first as they are going to soak damage, protect troops behind and take down enemy defensive buildings. Drop 1-2 Giant first to test for Spring Traps. I have seen a lot of players sending all of their Giants in just a few seconds and they all get blown way by Spring Traps. By drop 1-2 Giant first and wait for a few seconds, your whole Giant army will be safe!

Once the enemy Air Defense is destroyed, drop your Healers. Just use your Healing Spell on your Giants If needed to take out the Air Defense. The second Healing Spell will be effectively used to help your Hog Riders later to insure they live for the whole attack.

Just drop the second Healing Spell when your Hog HP is about 50%. Drop it on the large group of defense your Hogs are going to attack. As they target only defensive building and they bypass walls, it’s pretty easy to predict what are their next targets. Otherwise, just drop the Healing Spell on the top of them while they are attacking with 50% HP.

For example, my Hogs will move to the core after destroying the top Air Defense: 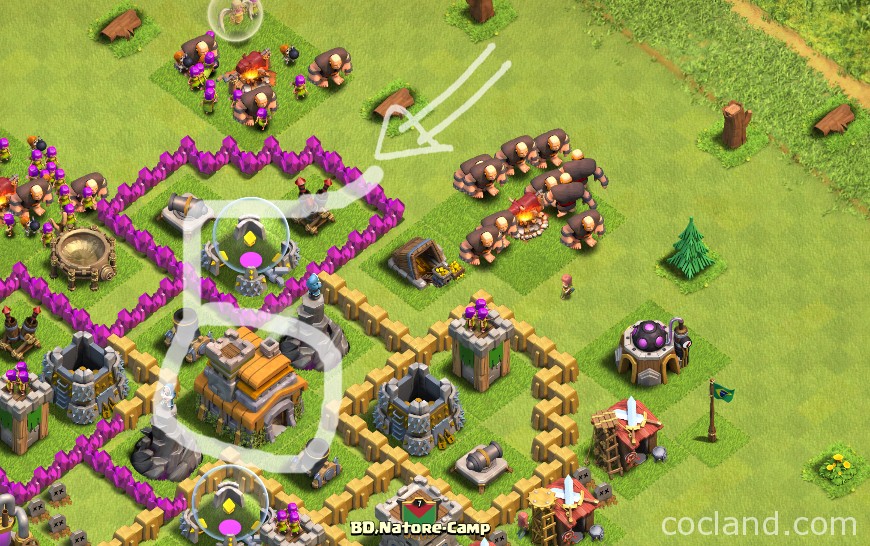 When all defenses are down on one side, you can start deploying your Wizards to take down unprotected buildings quickly.

Here are some decent sample attacks for you!

Okay guys thank you very much for reading this. Do you have any question about the Giant Healer strategy? Don’t hesitate to ask!