After leaving the Jump Spell, the affected troops will retain the “jump effect” for a very short time (about 0.6 more seconds). But due to the movement speed, how about If those troops need 1 more second to touch the walls, not 0.5s? Today, I’ve read an idea of gadi hh about “using the Rage Spell for extending the Jump Spell radius“. After testing, I can see that It worked perfectly! 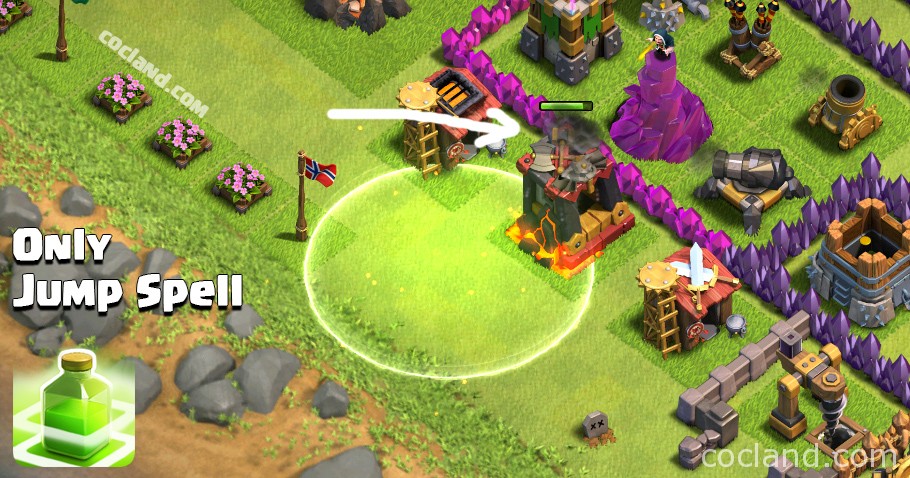 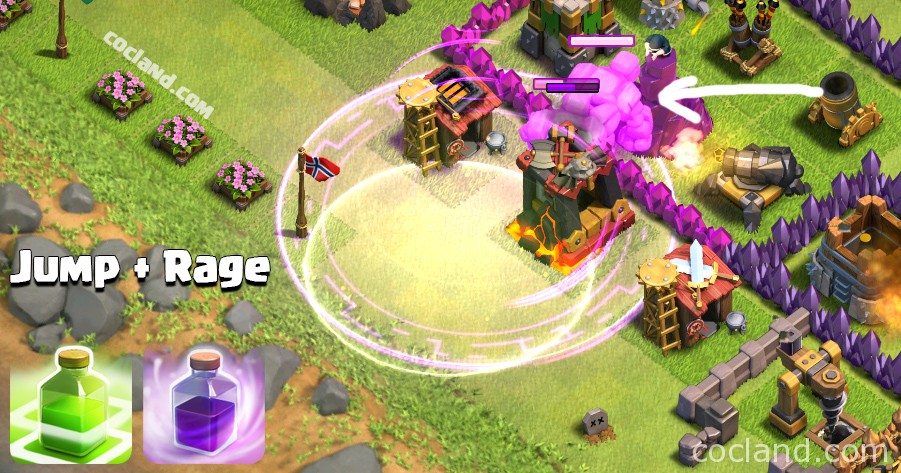 How does the RageJump combo work?

As I have mentioned in the beginning of this post, the Golems in the screenshots above retain the jump effect for a very short time (~0.6s) after they leave the Jump Spell.

Because of the movement speed, the first Golem was not fast enough to touch the walls within that 0.6 seconds after leaving the green radius, but the Golem in the second screenshot could with the help of the Rage Spell. With the same 0.5s, the Rage Spell can help affected troops run a bit further. The spells don’t effect each other.

How about the Haste Spell?

After testing with Haste + Jump combo, I can see that it works even better than Rage + Jump because it can boost the movement speed of troops better than the Rage. But due to the fact that normally we just use the Haste Spell with Balloons and Rage Spell is much more helpful to ground attacks than Haste so I want to call this combo “Rage Jump”.

Does the Jump Spell works with the King’s Iron First?

The special ability of the Barbarian King – Iron First is a temporary Rage Spell-like effect. The Iron First + Jump combo works pretty well for him and Barbarians nearby.

Although this is just a small tip but I hope It can help you in some specific cases.