Clash of Clans was released in 2011 for both iOS and Android by Supercell. Till now, Clash of Clans (CoC) has been the most amazing online strategy game for smartphone, tablet and even PC.  In this game, you need to build up your village in a online environment and try to protect it from other players’ aggression. You can also attack other players as well, for resources, that’s for sure.

A village in Clash of Clans

Your tribe in Clash of Clans has a town hall for leadership, some gold mines for making gold, elixir collection for collecting elixir, barracks for training your army, camp is the terrain for soldiers and much more constructions! When you expand and upgrade the village, there will be more building types and new types of unit for you! And when you reach a certain level, you can take the uninhibited castle. Cleanup and upgrade it, you can join or create any alliance you want in this game.

At the starting of the game, you can attack AI’s villages to be familiar with the battlefield. You will see it very easy without skills and strategy. But when you attack other players village, you will see that It is not simple… Every unit in this game has its own favourite target on the battlefield. Clash of Clans asks you to strategise and think about which building you should focus on with your soldiers, how you will delay them and how they will interact with the enemy camps. You can read more about strategies of CoC at: Clash of Clans Strategies. 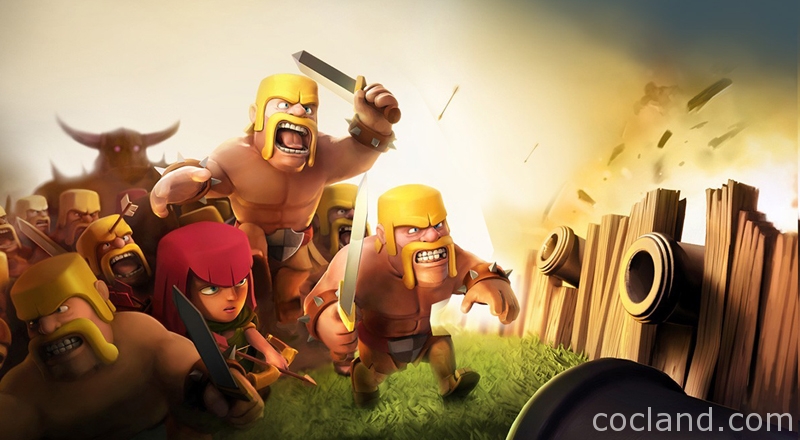 Occasionally, it is not the most best-looking game with 2D graphics and not really good FPS. Maybe it take more time to show the buildings up than your desirable. But it’s not excessive, it gives you time to walk and think how to do the next moves. It will be a pain if you just get on and attack. Clash of Clans is a good fermium game for all of us!