As we all know, after the Air Sweeper update, it is much harder to get 3 stars with Mass Dragon. This small guide will bring to Town Hall 7 and 8 players all important tips to get 3 stars and how to defend against Mass Dragons.
Mass Dragon is quite overpowered at TH7/8 if you know how to use it in the right way. If you are at TH9, there are plenty of other stronger attack strategies.
This guide was written by snipergunet. 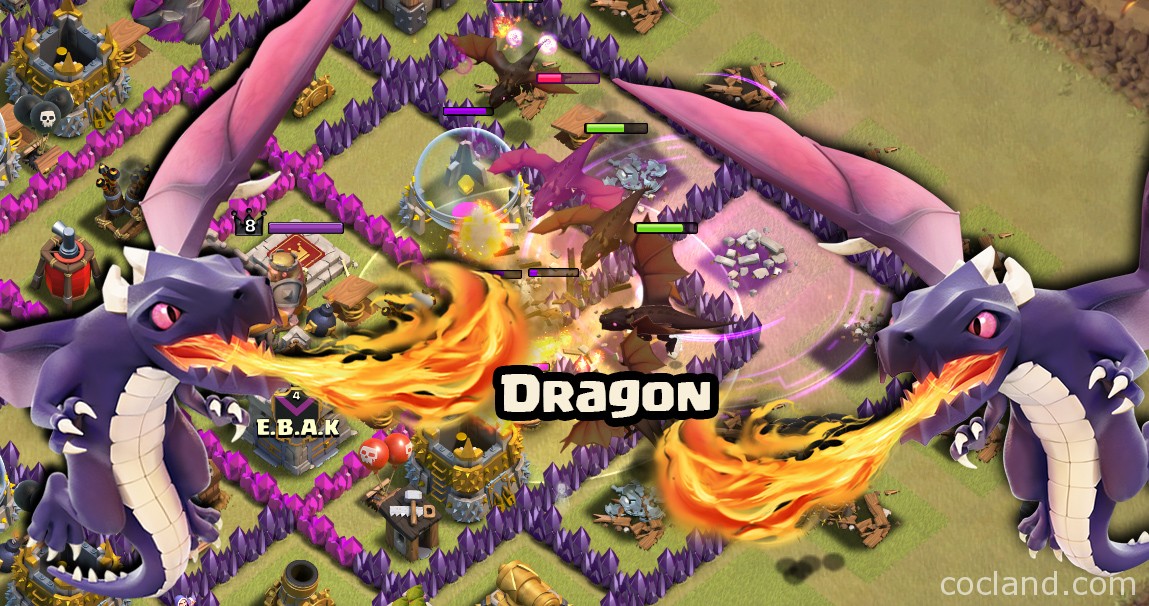 Clan Castle Troops: Balloons and only Balloons. Level 6 Balloon and level 5 are totally different. Try to ask your Clanmates for level 6.

Air Sweeper: Always check the side the Air Sweeper is protecting before starting the battle to find the best side to attack. Try to avoid the AS because your Dragons are very slow and the AS will blow them to the sea! But sometimes you should attack from the other side.

For example, the Air Sweeper of this base doesn’t protect those 3 storages. Will you attack from that side? No! While your Dragons are working on those high HP Storages, the Air Defenses have time to take your troops down one by one. 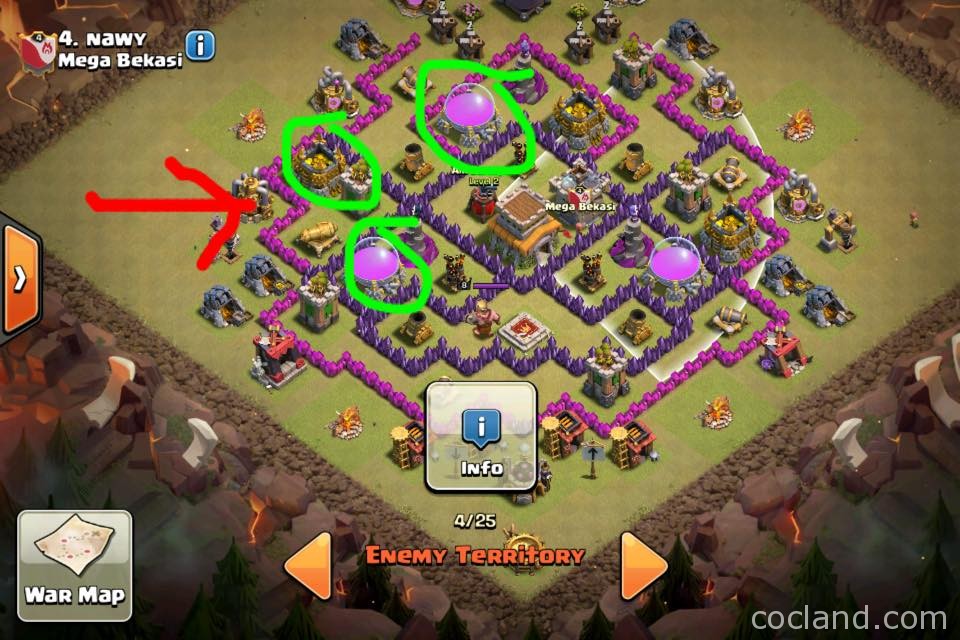 Actually, attacking from the Laboratory side is the best idea because you just can only being stuck on 2 Elixir Storages. 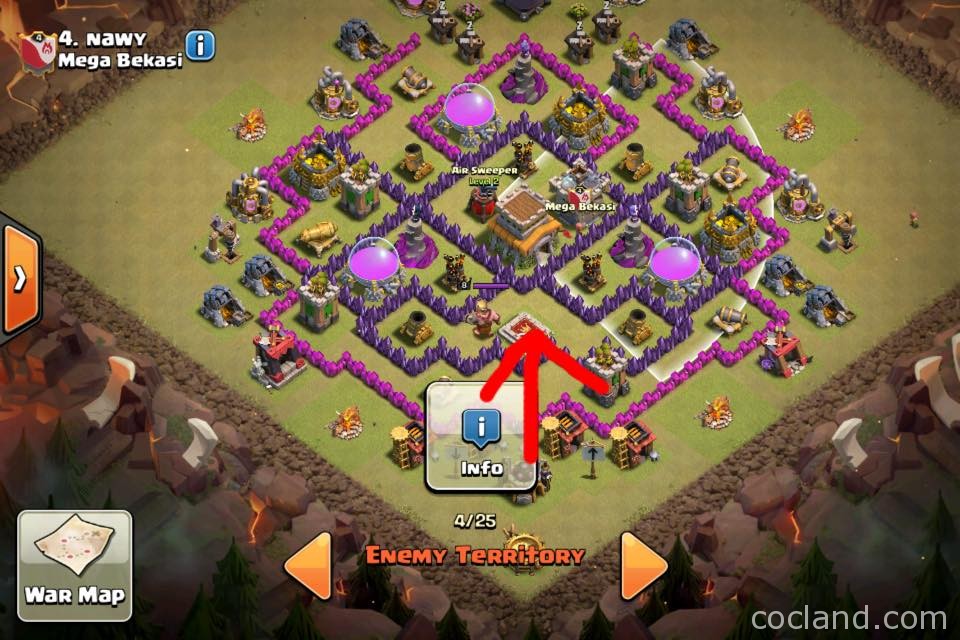 Builder Huts: This is a very common mistake. Your Dragons are very slow and they will not have enough time to finish all builder huts at the corner. If the side where you start attacking has a builder hut, attack it first and drop your Barbarian King to take down another one.
For defending against Mass Dragon, you should also place all your Builder Huts at the corner!

Proper Funneling: Assume that you drop your Barbarian King at the red circle, drop one Dragon at the green circle and drop the rest of your Dragons between them, this will create a perfect funnel. Your Dragons will go through the core, where the Air Defense locate. 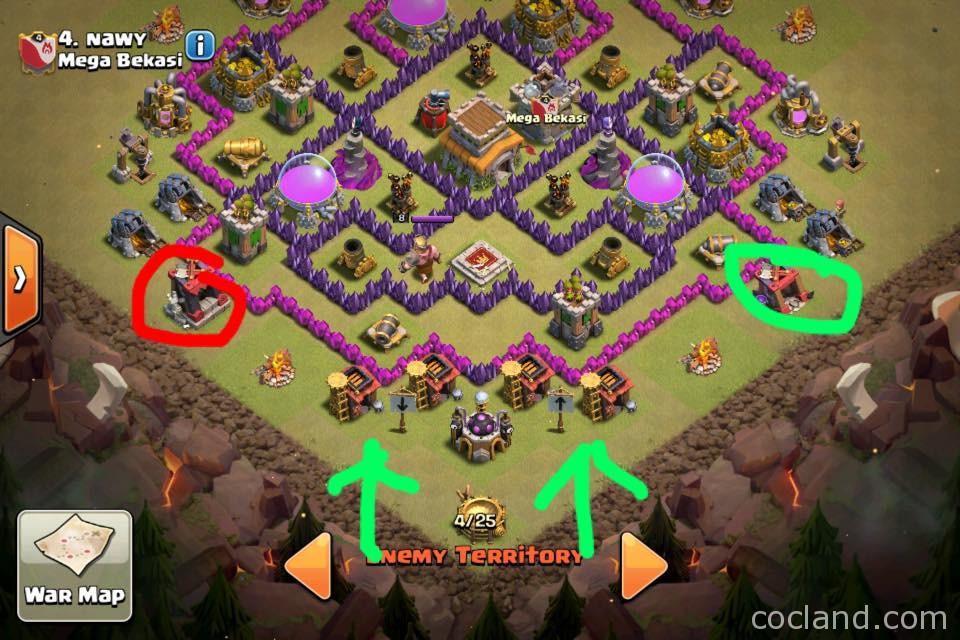 Normally I bring 2 Rage Spells and 1 Healing Spell. I will drop the first Rage Spell for boosting the Balloons speed while they are going to the core. The Healing Spell will be used while Dragons are being stuck on something (Storages, enemy troops,…). The last spell will be use for finishing the last Air Defense as soon as possible.

Truly, there are plenty of ways to use spells with Dragons, you can read more at Mass Dragons and Spells Guide.

Tips for Defending against Dragons

There are some things you need to remember:

I hope with this small guide, you can get 3 stars with Dragons easily and create a good base to defend against as well.