While searching for matches, we can see plenty of Clash of Clans players surround their Town Halls with traps in order to get trophies from TH Snipers at Crystal, Gold and lower leagues.
Does it work? – Yes, sometimes.
Is it worth? – No, never. 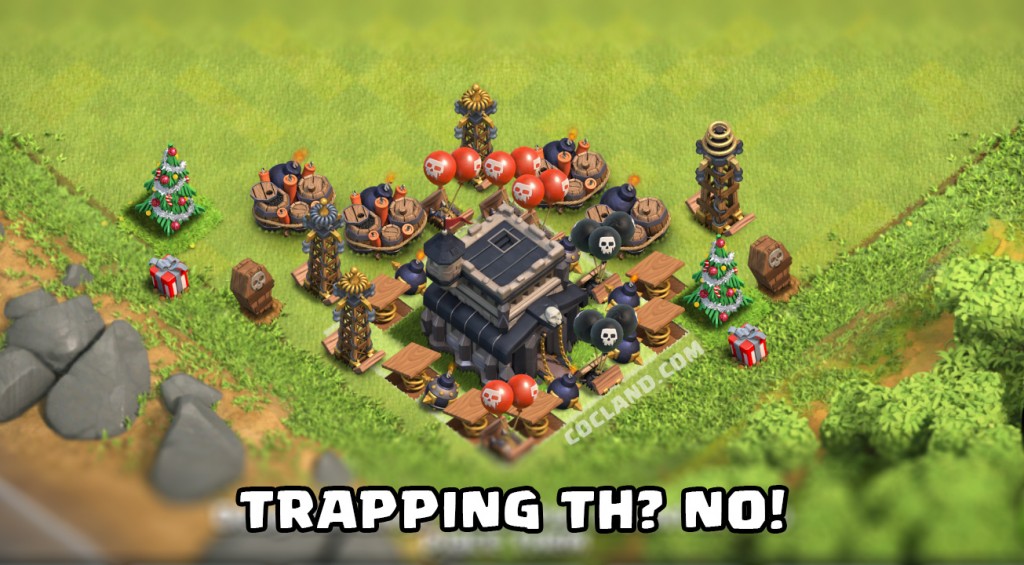 Why trapping Town Hall is a bad idea?

One day, the man comes across a village and want to give it a free shield but he just notices the owner of that village want to troll him for some trophies. The man doesn’t like that. The man spends couples of troops to set off all traps, lures the Clan troops and kills the Heroes. The man does his best to get all loot then leaves the base at 39% so other man can raid this village again.

Never do trapping Town Hall If the trophies don’t matter in your league. But how about higher leagues?!