When to Upgrade to Town Hall 11? Maxing Vs. Rushing | Clash of Clans Land

With the confirmation that we’re having TH11 come out soon, many of you are probably excited and wondering when to upgrade to TH11 or should you even upgrade to TH11? Hopefully this guides helps you determine that if you’re planning on making that jump. 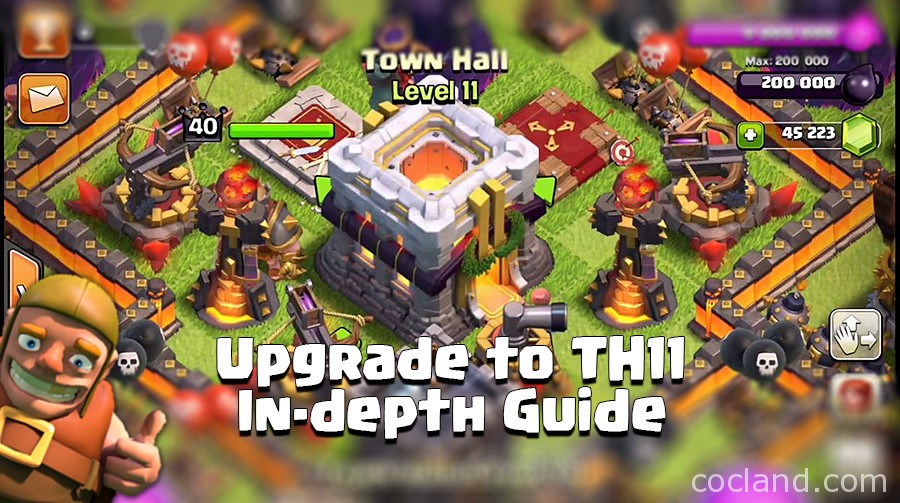 When should I upgrade to Town Hall 11?

There should basically be 2 types of players considering to move to TH11.

Type I: The Maxer

The first type is the player who is ready with almost everything maxed, like me. If almost all your defenses are maxed out and you have your war troops ready, such as Lv5 Golems and Lv3 Lava Hounds and also your farming composition such as Lv7 Barch, as well as high level heroes like at least Lv30 BK and Lv30 AQ, then you should consider moving to TH11. You will certainly need strong heroes as otherwise you will struggle to compete in wars. As attacking maxed TH10s is already very difficult to do so without strong heroes.

If you’re wondering if I am going to upgrade to TH11 when it comes out, I will certainly and will also try my best to give you guys first hand look at TH11 as well as great content on TH11 on my YouTube channel.

The second type of player who should consider moving to TH11 is the smart rusher. A smart rusher is someone, I consider, is well aware of the restrictions of having weak defenses and lab upgrades, but is able to make up for it with their high activity and hardcore farming. This is different from a player who rushes without understand the game and upgrades their Town Hall without much thought. 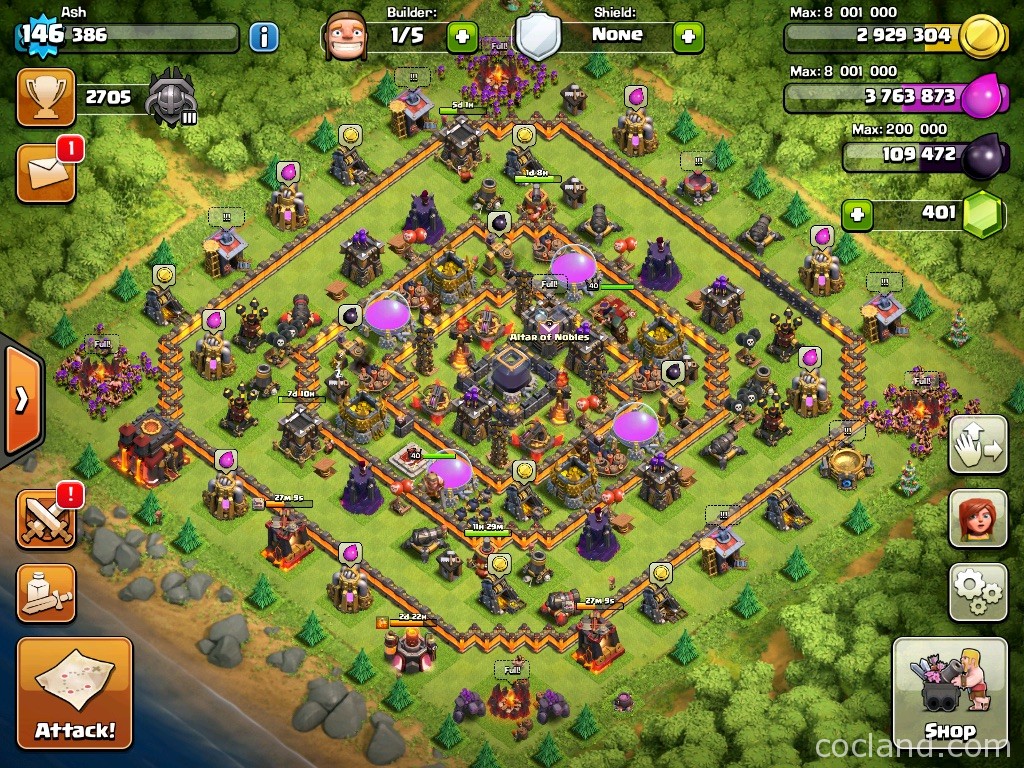 I would also be classified as a rusher even though I probably don’t look like it anymore. But if some you guys remember a few months ago how I had TH7 and 8 defenses as a TH10 player, but now I’ve quickly progressed and am almost maxed out in defenses. How did I do it? I focused on offense first, I focused on farming my heroes to lv40 first (so I had 2 builders for that all the time). I also focused on the important defenses first, like Inferno Towers to level 3 that take the longest time to upgrade. As you can see, I only have Mortars, Archer Towers, and Cannons left and they only take about 7 and 8 days each, which really isn’t much compared to the other TH10 upgrades.

If Town Hall 11 came out a few months ago, would I have rushed to TH11?

I would have certainly rushed to TH11 and the main reason why I would have rushed is so I can get a head start on upgrading new offenses such as the 3rd hero. If I had not rushed to TH10, then I would not have Lv40 heroes with an almost maxed out base this early.

Well first you have to consider many of the pros and cons of rushing:

Pros of rushing to TH11

Cons of rushing to TH11

Should I upgrade to TH11? How will farming and wars be like at TH11?

With all that said, it is up to you to decide whether you wish to move on to Town Hall 11 based on your position. If you’re not a max or close to max TH10 and want to move to TH11, then for you to upgrade to TH11, you will need to:

If you are max or close to max TH10, then there’s nothing stopping you from upgrading to TH11 either. Just make sure you’re ready and consider the following:

Hopefully I covered most of what I wanted to say. If I missed something or if you have any questions, feel free to post below. Also, keep in mind that TH11 and news on possible changes to the game may still arise soon, so this guide will be updated if there are changes made affecting it.