Are you looking for a new effective farming strategy? This Go-To farming strategy is a new army composition from Collin for farming and just farming in Clash of Clans. This strategies is a combination of Giants, Wall Breakers, Minions, Goblins and Archers. After dozens of raids, I have found this composition is extremely handy, effective, requires a pretty short time to train and very cheap. 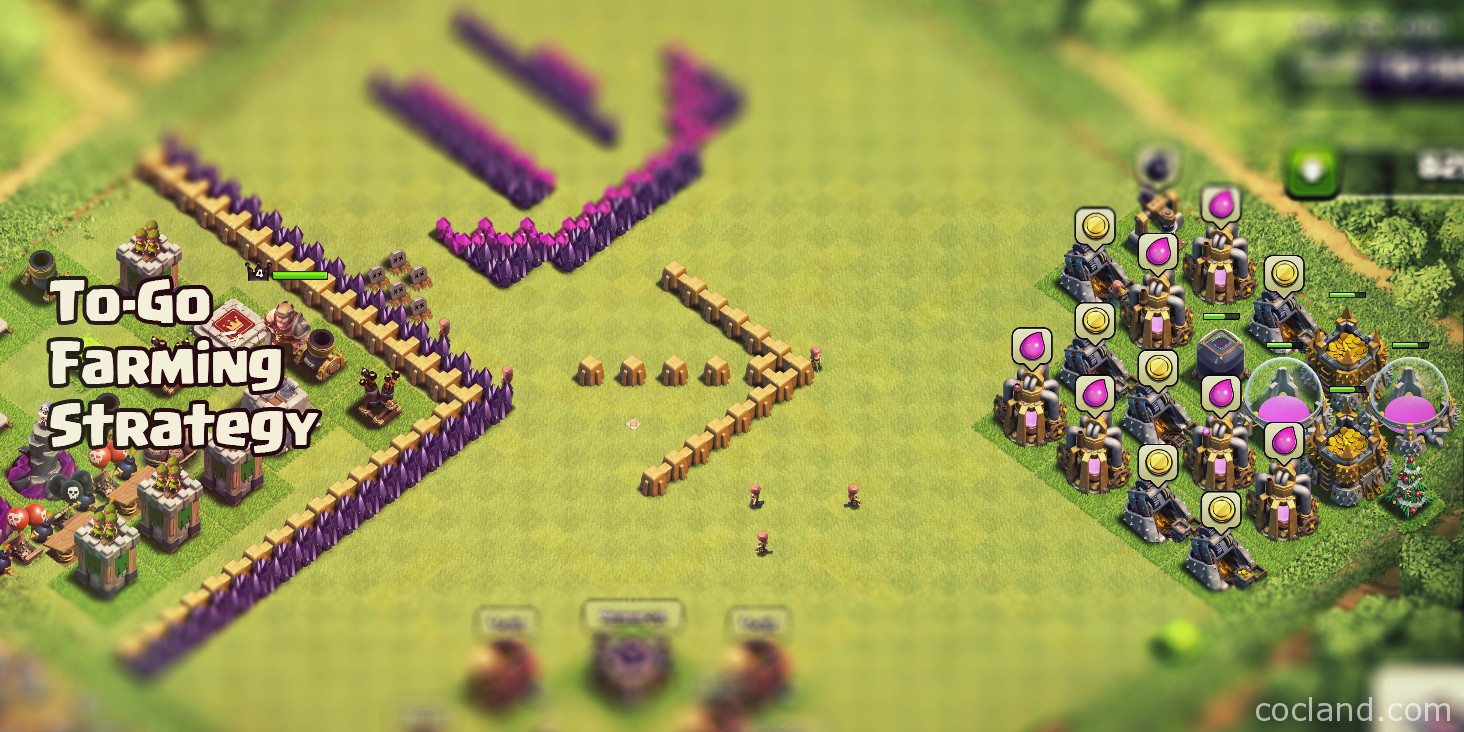 The role of each troop

Giants: The reason why you should bring up to 20 Giants in this strategy is you never know how many defense you will face. You also need to spend a decent number of Giants to distract the enemy defensive buildings so your troops can steal loot from collectors and mines around without being scare. With that number of Giants, you can also break into the core or storage compartments easily.

Goblins: Obviously, you should always bring couples of Goblins while farming because of their x2 damage ability on resource buildings. You will find them extremely effective when you focus on Storages, especially Dark Elixir Storage. After your other troops remove all nearby mines and collectors, you can deploy Goblins, they will come for those storages without distracting.

Archers: It is indubitable that Archers are one of the most useful troops in Clash of Clans. Right after the Giants, they can take down all outside and first layer buildings pretty fast. You will also need them to clean Clan troops and break inside easier.

Minions: I’d like to bring Minions because they have higher damage than other troops in this farming strategies and very cheap. You should deploy them after all other troops because Minions are quite soft, a Wizard Tower with splash damage or an Archer Tower with high attack speed can hurt them down so bad.

Wall Breakers: Except Hog Rider strategy, It is pretty sure that Wall Breakers always play an important role of all ground attack strategies. They can skyrocket your attack progress speed with their bombs. 12 is not a high number because sometimes you can face base layouts with plenty of compartments.

Note: If you are quite new, you can read this guide to see if a base is inactive or not.

So If you find a base with all full collectors and all storages are empty, you don’t need to deploy your Giants or Wall Breakers, just drag your Archers and Goblins quickly around the base so your troops can clean them quickly. You also should need read guide to see how to use your fingers in game properly.

Sometimes we can’t find inactive bases to raid collectors, but that’s fine, going for storages is not that hard with this strategy. If you find a base with 400k loot but you think you can’t get all the storages, better tap on Next button. 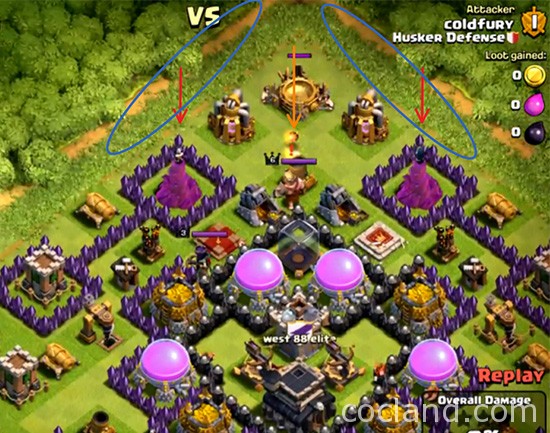 The screenshot above is a pretty nice example for this. Our army is not strong enough to get all those storages. If I had to attack this base, I would deploy couples of Giants under 2 top Wizard Towers and 2 lines of Archers right after them then keep placing troops from the North, Wall Breakers could break inside from the top easily and I would keep my Goblins and even use my Archer Queen for the Dark Elixir Storage (If it was full).

The base above was quite good for attacking. Its mines and collectors are a bit filled up, I could take up to 150k each resource after just raiding them. The red lines were where my Giant can join the battle from (1 line = 1 Giant)  and the blue circles were Archers and Goblins, followed right after Giants. After watching couples of seconds, I knew that I just could only get 2-3 more Gold Storages after removing collectors and mines, I dropped Giants on the orange lines and followed by a bunched of Archers. I dropped my Queen at the end of the battle (she couldn’t be hit) to take some last resource.

By just reading this guide, you maybe can’t see the effective of this farming strategy. Try to use it couples of times and you can see how easy and effective it is with the combine of Goblins and Minions.