While surfing on Clash of Clans forum, I saw this Cyanide Town Hall 9 base design, which was made by Dejavux98. This base can defend your base against some most useful attack strategies like Dragons, GoWiPe and GoWiWi,… With 3 years experience of playing Clash of Clans, I think the author has done his best to design this base! 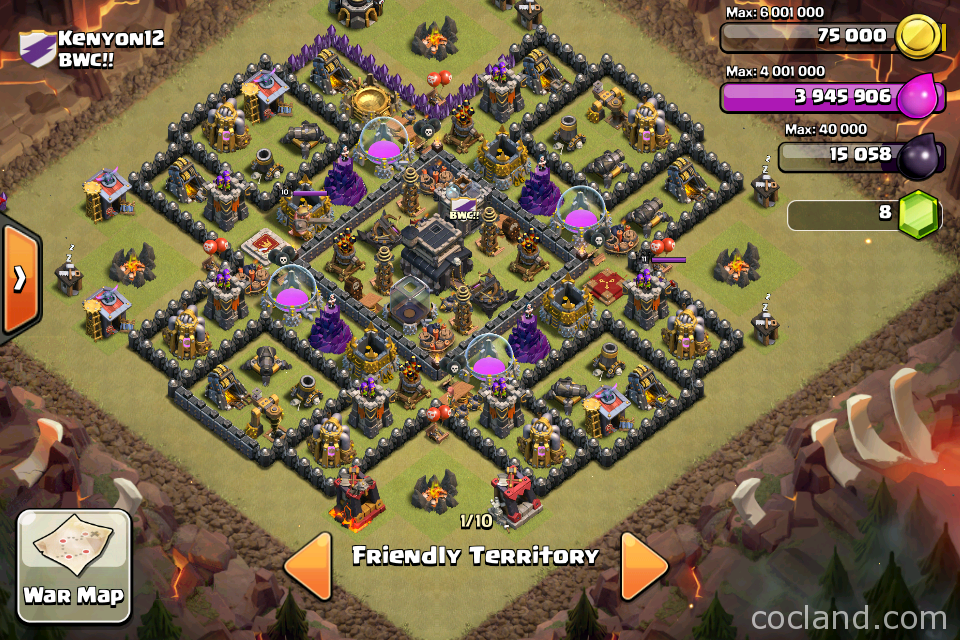 Cyanide War Base was created to stop 2 star wins from:

How does Cyanide work?

Note: In these screenshots, there are:

The defense method of this base is getting troops to go around your base in circles, prevent them from touching your core. This is channeling, one of the most effective defense methods for Town Hall 8 and 9. You can see exactly how it works in this screenshot: 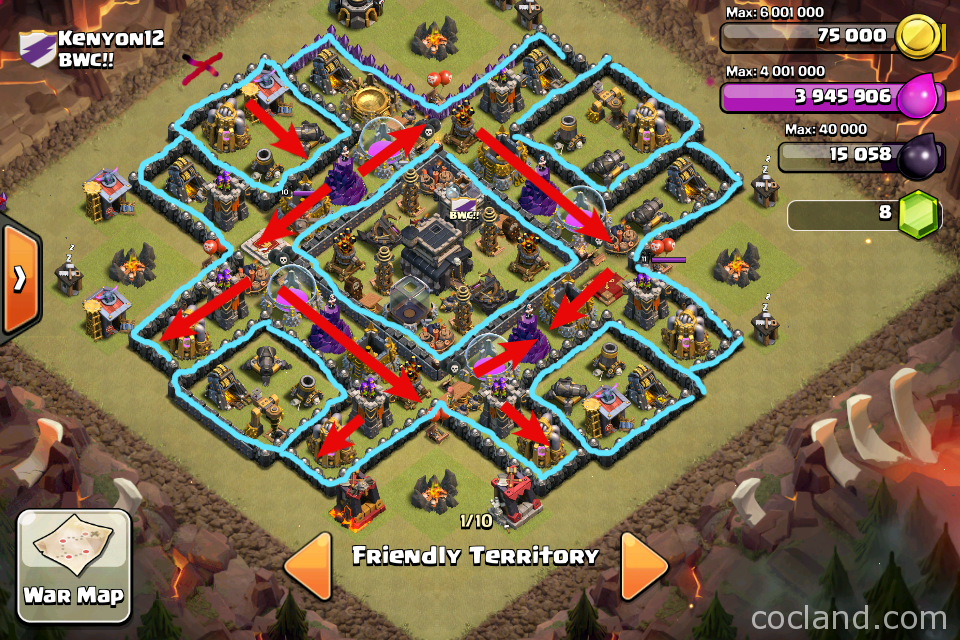 No matter where the attackers’ troops come from, they will go around your base in a circle.

GoWiPe: If the attacker uses GoWiPe, he will deploy the Golems first then Wall Breakers for destroying the walls to begin the battle. After clearing an area with Wizards, he will deploy his P.E.K.K.As. Like Golems, P.E.K.K.As will easily distracted the defenses in this channel and won’t come into the core, like this screenshot: 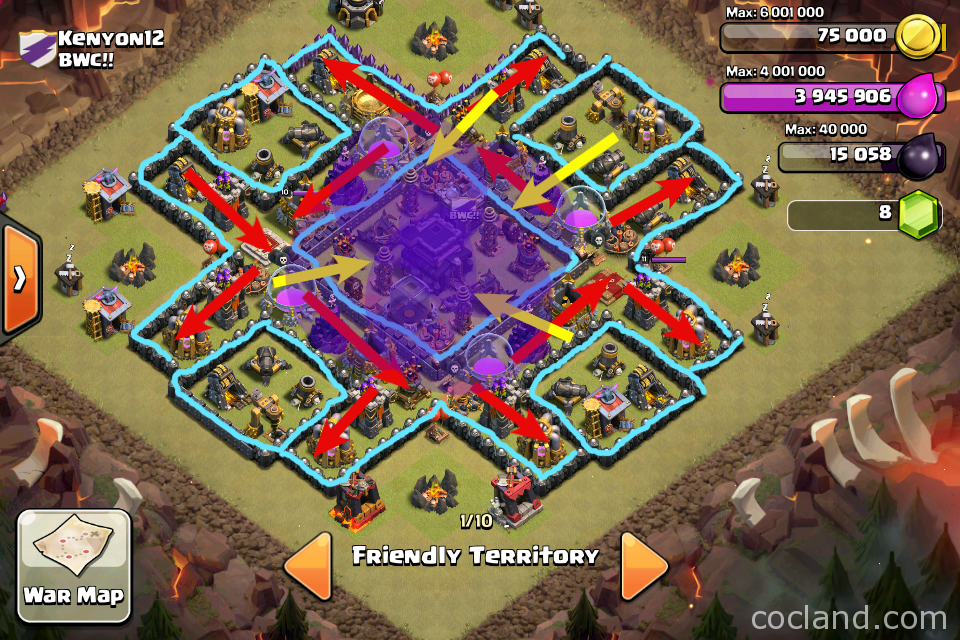 While PEKKAs and Golems are going around, the Teslas in the core will hit them till the end. Teslas will do 2x damage to the PEKKA, there are no chance for them!

Giant-Healer: With this classic strategy, the Giants will go around the outside channel and the Healer will be taken down by your Air Defenses.  Besides the middle compartment, With the mortars are on the outer edge, they can cover almost your base. 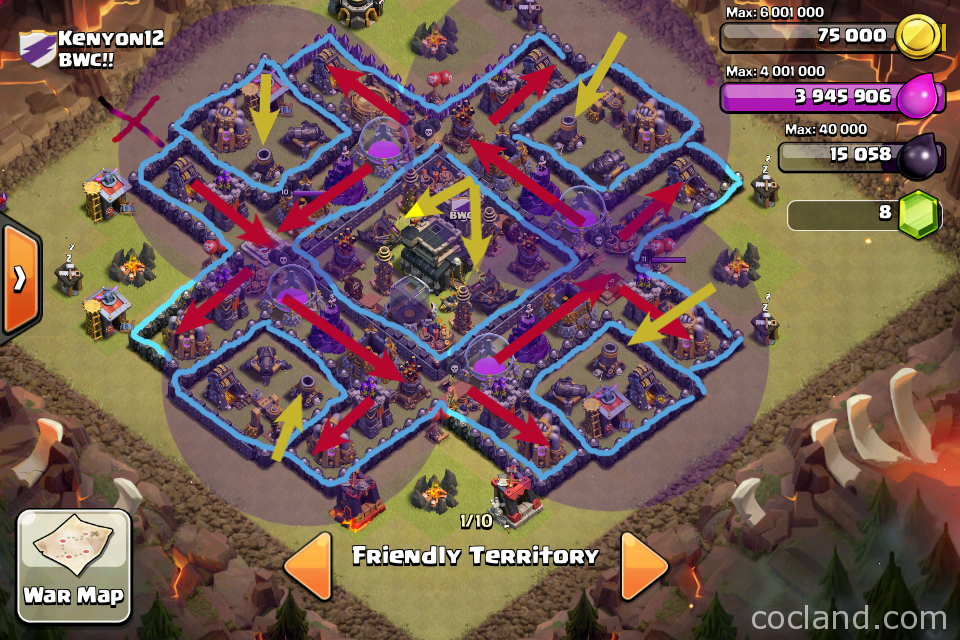 Air Attacks: This base does a great job with almost air attacks. The best way to stop air troops from destroying your base is spreading them out.

Almost attackers will brings some Lightning Spells to clear an Air Defense. With two Air Defenses on the opposite sides, take all them down is not easy because they will hate the ADs in the core. The Wizards Towers beside will also do a great If the attackers use Balloonion or Lavaloonion. 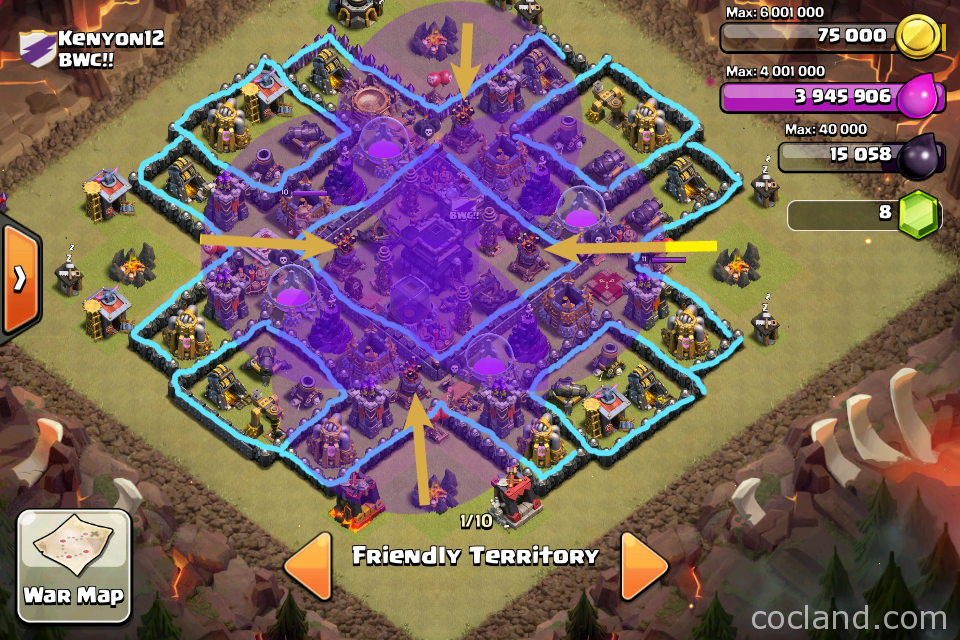 I will update the defense logs and the video of Cyanide from the Author as soon as they are ready.